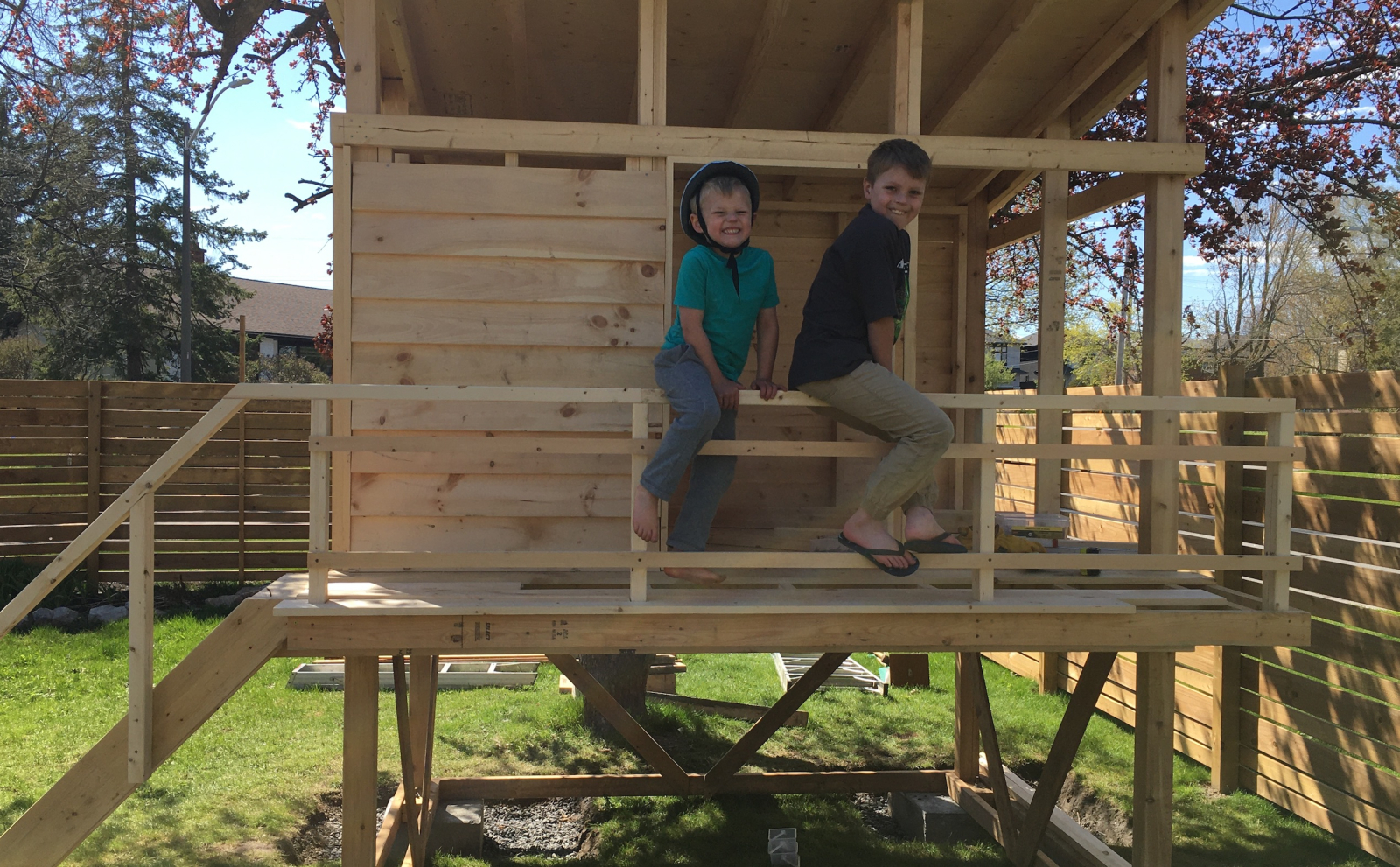 Krista Benes' young children play on a structure her husband built for them since the pandemic. Photo supplied by Krista Benes
Previous story
Next story

With schools closed for large chunks of the past year and specific exposure to COVID-19 sending children home intermittently even when they are open, it has fallen largely to their mothers to pick up the additional child-care duties.

That strain is weighing on their mental health, contributing to well over a third of women in households with children under 13 reporting symptoms of moderate to severe anxiety in survey data released by the Canadian Centre on Substance Use and Addiction (CCSA) and the Mental Health Commission of Canada (MHCC) on Thursday.

Meanwhile, almost half of the men in households with young children who took part in the non-random survey reported being in excellent or very good mental health.

The pandemic has exposed and exacerbated multiple fault lines in society, with the virus disproportionately impacting people of colour, those whose jobs cannot be done from home, and women, who have largely shouldered the additional child-care responsibilities it has created.

“Full-time work and full-time parenting, that doesn't work,” said Krista Benes, a MHCC staff member and mother of two young boys who were in full-time daycare or school and pre- and post-school programs prior to the pandemic.

She has worked from home since last March, with her four-year-old and eight-year-old joining her for much of that time. Her husband was already running his sole proprietor architecture business there, "so we suddenly invaded his office space."

With both kids at home and no support "the stress in the house was palpable, it was really significant, it wasn’t great for any of us," she recalls.

She considered stepping out of the workforce, as employment data shows a disproportionate number of women have done, but ultimately decided that giving up something she was passionate about while also losing so much social interaction would have been worse for her mental health.

"Now that we are over a year into this, we've learned that it is impossible to do it all ourselves, so we have had to take a calculated risk and lean on family to help support us," she said.

Her father and sister-in-law have helped look after the kids while she has also compressed a full day’s work into a shorter, more intense schedule.

The pandemic has hit mothers of young children especially hard, research conducted for the Mental Health Commission of Canada shows, as they often seek to balance paid and unpaid work from home. #COVID19

The surveys conducted by Leger in four two- to three-week periods since October suggest the pandemic is having an oversized impact on the mental health of parents, and especially mothers.

Fourteen per cent of women with young children said caring for them was contributing to their stress, while only four per cent of fathers said the same.

And while more men overall said they increasingly rely on alcohol and other substance use to cope, that is reversed in young families.

Well over a third of mothers of young children said they were drinking more since November, while just over a quarter of fathers reported increased alcohol use. Almost half the women surveyed who use cannabis said they were leaning on it more, compared to 37 per cent of men living with young kids.

The survey showed those living alone were more likely to report moderate to severe depression, thoughts of suicide, and problematic alcohol use.

Benes says she has only recently been able to carve out time for herself — including joining an online group fitness class and starting to run again — but had to walk away from a volunteer position on the board of Ottawa civil society organization Synapcity.

“I feel so much better when I am working out and taking care of my body," she said.

"That was a slippery slope for a very long time in terms of having a glass of wine at dinner with my husband on a Monday versus a Saturday didn't seem to make a difference."