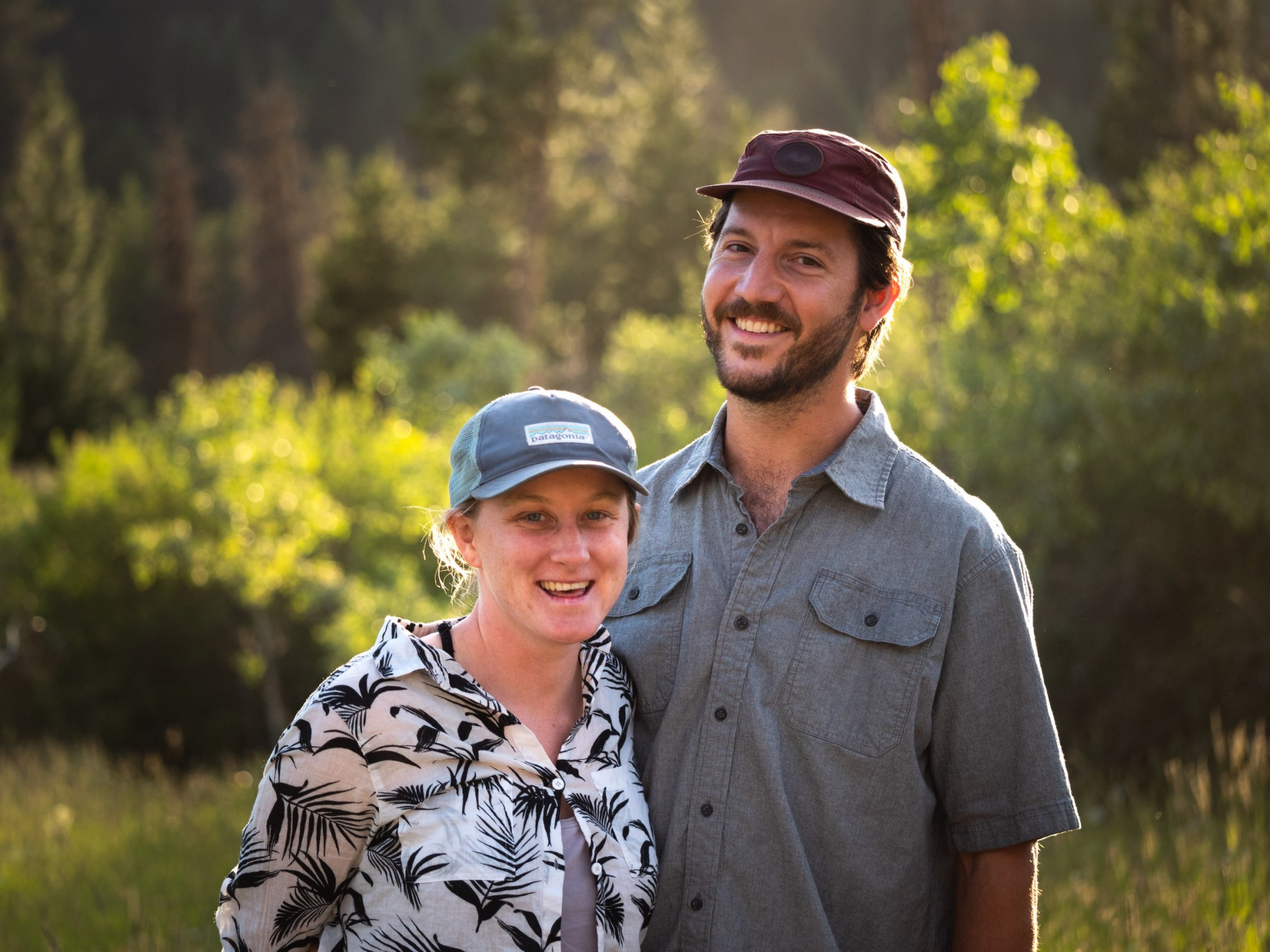 Gemma McNeill and her partner Doug Zaklan on their farm in Surrey, B.C. Photo courtesy of Zaklan Heritage Farm
Previous story
Next story

Young people in Canada want to farm, but keeping them in an industry full of hurdles is difficult, says Gemma McNeill. A young farmer herself, McNeill says she’s not sure how she and her partner would have been able to get a foot in the door without access to land.

“It means that we have access to land for a long period of time, which is the key portion of it, and then also just like having a support network,” she said about Zaklan Heritage Farm.

“We have family members who bring us dinner during the summer when we're totally burnt out, or come and do special projects or clean eggs ... it’s kind of unfortunate, but you need to have some kind of advantage.”

They grow over 40 kinds of veggies on their 1.5-acre farm in Surrey, B.C., where they’ve hired young people through the federal government’s Youth Employment and Skills Program (YESP). Last week, Agriculture and Agri-Food Minister Marie-Claude Bibeau announced up to $21.4 million to enhance YESP, which was welcome news for McNeill.

Programs like YESP are a good start and an important piece of the puzzle, says McNeill, who hired an assistant farm manager through the program last year. She says funding was snatched up quickly — they were lucky to make the cut.

The program works by paying up to 50 per cent of youth wages (between the ages of 15 and 30). For Indigenous applicants and youth facing barriers, the program will pay as much as 80 per cent of the wages, to a maximum of $14,000. The goal is to get more young people into the field, with the hope they will choose a career in farming.

“I think it's definitely one part of the equation in making farming more viable. Also being able to provide quality jobs to local youth, I think that's like a big challenge in our industry,” she said.

“It's hard. I know we don't pay our employees as much as we would like to pay our employees. And that's something we're working on and, hopefully, that government funding does allow us to increase wages and be able to pay people a little bit better.”

McNeill says speaking from her experience in B.C., there’s a lot of interest in farming, but retention of young people in the industry is a struggle. She remembers her experience at a practicum program at the UBC Farm, and how there were 20 to 40 other students who also dreamed of a farming career.

“I think it's definitely one part of the equation in making farming more viable. Also being able to provide quality jobs to local youth, I think that's like a big challenge in our industry,” says farmer Gemma McNeill of the new program. #Agriculture

However, with pay rates that often start at minimum wage, many young workers end up leaving. Better land management policies and affordable land for young farmers would help people stick around, she said.

Bibeau said although YESP doesn’t directly tackle the land issue, it does put a dent in the numbers of young people struggling to find work during the COVID-19 pandemic.

“We have seen that COVID has impacted the youth very significantly. And on the other side, the agricultural sector is offering plenty of opportunities for, I would say unexpected careers, for many young people who have not thought about agriculture,” she said in an interview with Canada’s National Observer.

She says there are lots of jobs, including off-farm positions working with technology, that young people might be introduced to through the program. The agriculture sector, which experienced labour shortages even before the pandemic, has been hard-pressed to keep people employed.

COVID presented farmers with new challenges, such as difficulties surrounding migrant farm workers travelling to Canada. But Bibeau notes there were many labour issues pre-pandemic that persist. For example, a report from the Canadian Agricultural Human Resource Council says that one in four jobs in the country’s grain and oilseed industry is projected to be left unfilled in the next decade.

Unable to attract applicants, 16,000 agriculture jobs were unfilled in Canada in 2017, which the same report says cost the agriculture sector $2.9 billion in lost revenues.

Bibeau says YESP plans to tackle that issue by offering additional funding for youth who live in cities to travel or move to smaller and rural areas where jobs are more plentiful.

“If they want to move to a region for the summer, for example, or work six months or eight months for the time of the job, from the city to their region, they could get reimbursed for up to $5,000 of their expenses,” she said.

“So, this is another way to try to interest people who are not necessarily born on a farm to get this experience.”

Agriculture education in schools gets $1.6M boost from the feds