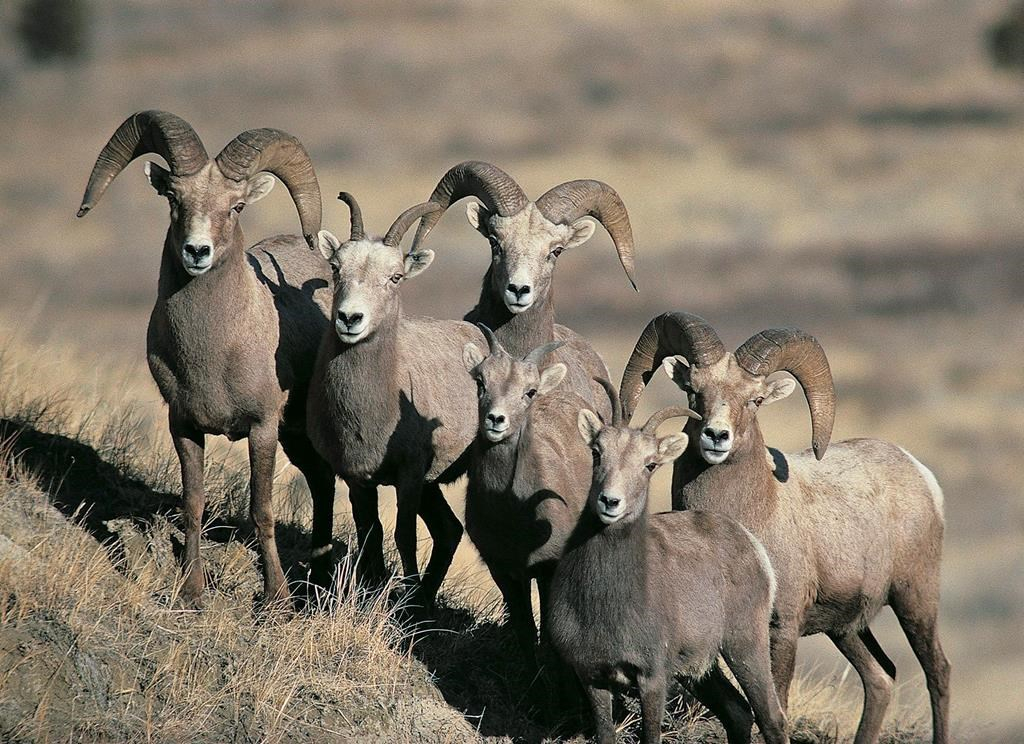 Jeff Kneteman said Alberta Environment has known about the problem in bighorn sheep for years. But it has yet to commission any studies about the effects on the three herds and how far the contamination has spread through the local ecosystem.

"There was no interest," said Kneteman, who left government in March 2020. "Why wasn't any of this stuff ever followed up?"

The research comes to light as the United Conservative government attempts to convince Albertans the province's regulatory and monitoring systems are capable of ensuring an expansion of coal mining in the Rocky Mountains can be done safely.

The government did not respond to a request for comment.

Kneteman's work dates from 2015. It was his thesis for a master's degree and not provincially funded.

He was investigating selenium, a naturally occurring element associated with coal mines that is healthy in small doses but toxic in excess. Kneteman's study looked at what levels of selenium were normal for animals such as bighorns, deer, elk and caribou by considering 85 different herds from across North America.

Two herds in northwest Alberta stood out — those on the sites of the Smoky River, Gregg River and Luscar coal mines.

"(Levels in) bighorn that occupied coal mines were miles away from everybody," he said.

Both herds averaged well outside the safe range for selenium. One of them almost doubled that level.

"They're getting it from the coal mines," Kneteman said. "We found no evidence of elevated selenium in Alberta in any of the other populations that we sampled."

The Rockies are naturally low in selenium. As well, when bighorns from one of the coal-affected herds were transferred to Nevada, their selenium levels dropped to normal within a year.

Selenium is known to damage reproduction. That effect was present, said Kneteman.

"The sheep on the mines have the lowest reproductive potential and reproductive output that we've ever measured in Canada."

The province's 2015 draft management plan for bighorns found that the ratio of lambs to ewes was lower on coal mines than native range every year from 2008-2013.

Referring to unpublished government data, that plan says: "High selenium levels in blood samples from bighorns feeding in reclamation areas associated with a coal minesite ... are of concern to sheep managers.

"No examination of possible populations effects attributed exclusively to selenium toxicity has been undertaken to date."

Research suggests selenium is widespread in the local ecosystem.

"(Selenium) is throughout the system," Kneteman said.

Although his data is years old, Kneteman said there's little reason to believe things have improved.

"(Selenium) hasn't declined at all since the first measurements in the late '90s," he said.

"The assumption could be made it's the same today as it was in 2015. Why would we expect it to have changed?"

Since last spring, Alberta has sold tens of thousands of hectares of exploration leases for new coal mines along the summits and eastern slopes of the Rockies.

In response to public concern, Energy Minister Sonya Savage has paused all work on the most sensitive landscapes, stopped further lease sales and struck a panel to hear concerns from Albertans.

Still, she has asked Albertans to have faith in the province's regulatory agency and monitoring programs, referring to Alberta Environment's "stringent environmental protections."

Kneteman said he tried repeatedly to get his former department to study a toxin from resource development contaminating the animal that is supposed to symbolize the province.

"No one's made any measurements, which is maybe dereliction," he said.

"The only reason we've got any measurements is that I went and got them. There wasn't any effort to find out what was going on."

This report by The Canadian Press was first published May 11, 2021.