Waterloo opens up COVID vaccination bookings to 12 and older 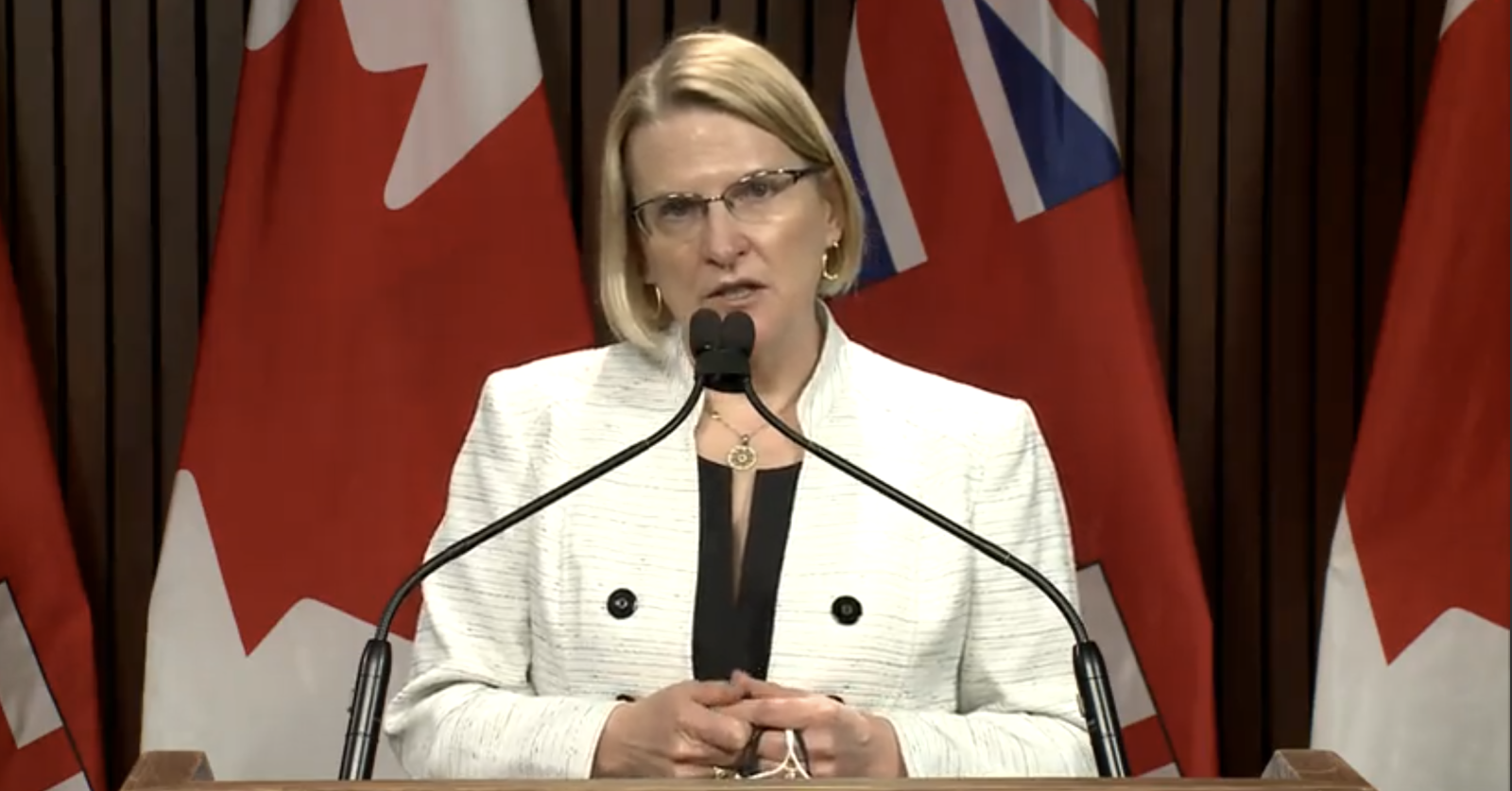 Solicitor general Sylvia Jones speaks to reporters at a mostly virtual news conference on May 11, 2021. Screenshot
Previous story
Next story

Public health units outside Toronto and Peel will get a boost of COVID-19 vaccine supply starting next week, Ontario’s provincial government said on Tuesday, as Waterloo Region started signing up children as young as 12 for first doses.

Solicitor general Sylvia Jones, whose office oversees the province’s vaccine rollout, told reporters on Tuesday that increased supply will switch to purely per-population rather than also accounting for concentration of cases, "which as you can imagine for some public health units is a substantial increase."

For this week and last, half of Ontario’s supply was assigned to 13 of its 34 public health units containing 114 hot spot neighbourhoods where pop-up clinics and mass vaccination sites sought to inoculate more vulnerable populations.

This shift means young people in Toronto and Peel’s urban centres of Mississauga and Brampton, where cases have been concentrated, will be at the very end of the queue for increased supply that stretches into July.

In Waterloo, a tri-city region a 90-minute drive west on the 401 from Toronto, the regional health authority said it was setting up to vaccinate people as young as 12 in the order of eligibility determined by the province, which it said could mean a four- to six-week wait before an invite to book.

“Opening pre-registration today to 12- to 49-year-olds will help the Region of Waterloo Vaccine Task Force plan for the next groups to be invited to book appointments,” said Sharon Ord, the region’s acting vaccine communications lead.

A jump in supply allowed the province to expand eligibility to anyone over 40 last week and to essential workers and people with at-risk health conditions this week, while indicating that second doses for some groups could be shortened from the current four-month interval.

Jones said she assumes Waterloo has the doses needed to offer those bookings, but that the province was still talking to regional health authorities about their supply and upcoming appointment commitments when asked how soon younger students could expect to receive vaccines.

Health Canada approved the Pfizer-BioNTech vaccine for youth aged 12 and up on May 5, the country’s first approved shot for children that young. The vaccine was approved for those 16 and older in December.

"We're very excited and intend to move very quickly to offer the Pfizer vaccine to 12- to 17-year-old adolescents, but we have to have those conversations with the public health units in terms of 'where is your supply, how much have you booked out, when can you practically start to book and offer the vaccine to those adolescents?'" she said.

The health ministry said it welcomed the approval as “a tremendous step forward” and that “we look forward to providing more details in the near future” on the plan for vaccinating children.

A jump in supply allowed the province to expand eligibility to anyone over 40 last week and to essential workers and people with at-risk health conditions this week. #COVID #Onpoli #Vaccines #Ontario

The education ministry, meanwhile, says it is working to get students and staff vaccinated by September, when they hope to reopen classrooms shuttered since April.

"The last thing that parents need is a wild scramble on how, where and when to get their kids vaccinated," NDP Leader Andrea Horwath said.

The education ministry said it continues to monitor provincewide uptake and did not provide any figures. It said between 80 and 82 per cent of education workers were eligible as of the last week of April, either based on their age, special education work, or connection to a hot spot.

Asked whether students might be required to get vaccinated in order to return to in-person learning, the health ministry said it will not mandate the vaccine for anyone, and the education ministry did not respond to the question.

Provincial legislation requires students who attend school to either be vaccinated against a list of diseases that does not currently include COVID-19, or have a valid exemption.

Ontario to extend $200 payment to families of high schoolers