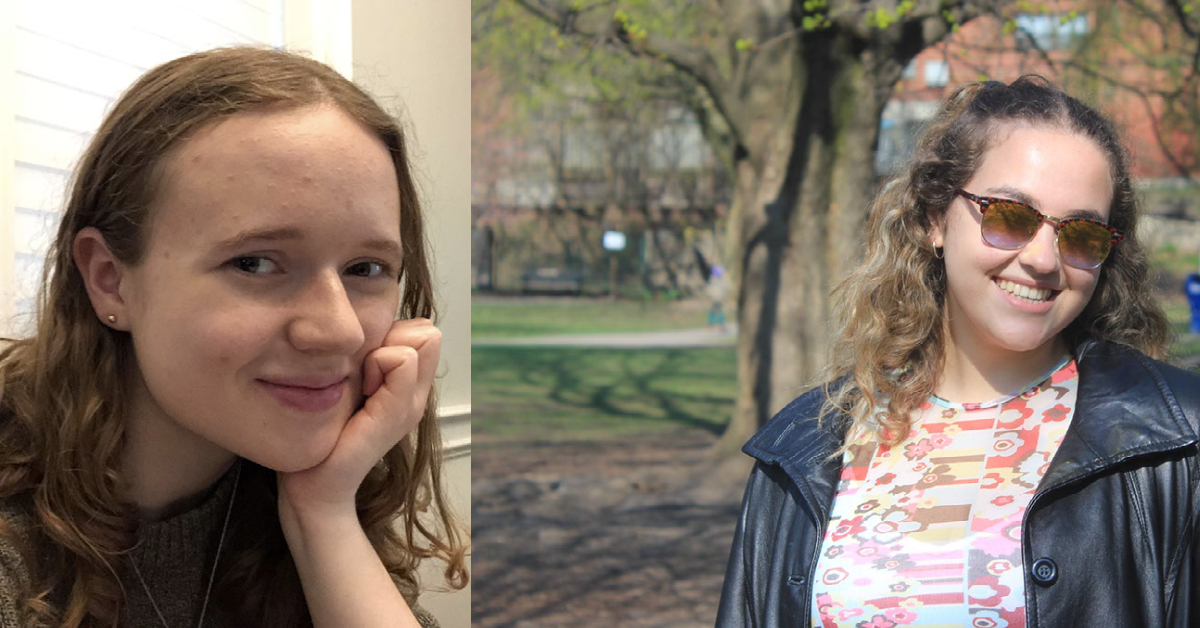 Jessica Strachan changed her mind halfway through responding to a judge’s question in the final case, but her underdog team from Humberside Collegiate Institute still won the argument and the national championship at last month’s virtual Ethics Bowl.

In fact, her teammate Abi Franceschetti credits the four-member team’s malleability as a key reason they emerged victorious in the competition that rewards collaboration and collegiality.

The Grade 12 students at the school in Toronto’s High Park neighbourhood were able “to grow and change our opinions, but further build onto what we were proposing and what the other team was proposing,” she explained in a recent video interview.

The pair, along with teammates Prabhjot Kalsi and Eva Stravens, also had to adjust when they discovered the provincial competitions run outside Ontario focused discussion more on an original question rather than a team’s prepared response to it.

“We got a little thrown off guard by the formatting, but we pulled it together, and it ended up working pretty well for us,” Strachan said.

The event encourages students to consider opposing viewpoints and map a path forward that accounts for the nuances of society’s ethical dilemmas.

The two-day final tournament delved into 10 thorny issues, including diplomatic reconciliation, moving beyond the gender binary in sports, expanding marriage and family definitions to include polyamory, the economic value of higher education and gene ethics.

The case where Strachan had to retreat and reorient her argument considered the climate case of La Rose et al. vs. the Crown, which argued (unsuccessfully) that Ottawa is violating young people’s rights by not taking the threat of climate change more seriously.

The court said it was a question beyond its jurisdiction, better placed in the legislative and executive branches of power, while Strachan had to concede that future people (those who don’t yet exist, rather than those who do and will spend more time dealing with climate disaster) can have no rights in law.

Grade 12 teacher Stephanie Gibson hopes the seniors will help mentor younger students who have since started a junior team of Grade 10s as the competition expands its footprint. #EthicsBowl

“But we can talk about their well-being from an ethical and moral perspective; protecting their well-being, not protecting their rights in a legal sense,” she recalled. "As I was explaining myself halfway through, I thought, ‘Wait, no. I changed my mind. I actually want to say this instead,’ and we won the round so clearly, the judges were fine with it.”

She said she valued the focus on improving an argument and seeking the best possible outcome, comparing it favourably to the model United Nations events she has participated in where there is “a lot of 'me first' point of view, and that's what we see in politics all the time.”

The national competition brought together the top two teams from Ontario, Manitoba, Alberta and British Columbia. (Humberside had ranked third in Ontario, but moved up when the second place team could not make the finals.)

Other cases considered by the eight teams in the round-robin included whether "love drugs" such as MDMA should be taken more seriously as medication, the tearing down of monuments celebrating problematic historical figures, the importance of a "regulated public sphere" (think CanCon rules) for Canadian democracy, and the ethics of parents making money off social media profiles involving their children.

Stephanie Gibson, who teaches a Grade 12 philosophy class at Humberside, said the national champion team was great at throwing out different ideas and counterpoints for discussion within their group.

“Groupthink can happen so quickly, and sometimes with some of these questions, it can be really hard to see the other side,” she said.

Gibson hopes the seniors will be able to help mentor younger students who have since started a junior team of Grade 10s, the year in which civics is studied, as the competition expands its footprint.

The organizers hope to reconvene in-person for next year’s competition at the Canadian Museum for Human Rights in Winnipeg.

Re: "Strachan had to concede

Re: "Strachan had to concede that future people (those who don’t yet exist, rather than those who do and will spend more time dealing with climate disaster) can have no rights in law." I would like to suggest that trade agreements (such as NAFTA) and WTO rulings have actually created the precedent of giving legal and economic rights to future generations, since they have given corporations the right to protect future profits — future profits for, yup, future people — because shareholders are people. See more thoughts on this here: https://www.greenhearted.org/future-generations.html