Provinces cracked down harder on COVID offenders during second wave 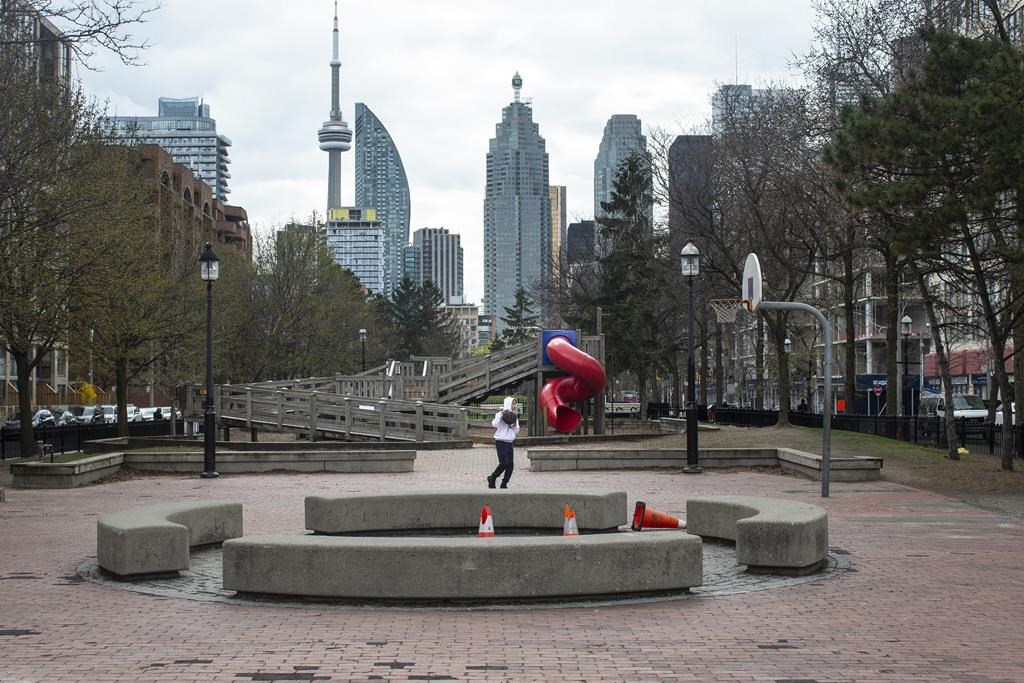 A youth plays basketball in an otherwise quiet court in Toronto on Saturday, April 17, 2021. File photo by The Canadian Press/Chris Young
Previous story
Next story

Provinces became more punitive in their approach to COVID-19 infractions during the second wave of the pandemic, says the Canadian Civil Liberties Association in a report that suggests Quebec and Manitoba were particularly forceful in handing out tickets.

The association is urging the federal and provincial governments to fight the pandemic by focusing on proven public-health policy interventions including paid sick leave and education rather than punitive enforcement measures.

"A pandemic is a public health, not a public order, crisis," says the report released Thursday.

"Punishing people with charges and fines misses the target – the virus itself – often in ways that exacerbate pre-pandemic inequality."

The report examines the policing of COVID-19 orders in these jurisdictions between roughly September 2020 to March 2021, with the exact dates depending on provincial data available. It also compares first-wave ticketing to that of the second wave.

Deshman said the number of tickets in four out of the five provinces increased from the first wave and some of the jumps were "quite substantial." Several provinces introduced laws that allowed for more enforcement and higher fines, she noted.

"The provinces have now reached over $24 million in fines issued since the outset of the pandemic, which is really an astounding amount of money," Deshman said.

In Manitoba, about 30 COVID-related fines and charges were issued between April 1 and June 15, 2020. But beginning in November 2020, Manitoba law enforcement officers began giving out upwards of 100 fines per week resulting in a per-capita ticketing rate that was about three times higher than most of the other provinces studied, the report says.

Between September 2020 and February 2021, Manitoba issued 904 tickets to individuals and businesses, totalling well over $1 million in fines, according to the report.

The press secretary for the minister of health and seniors care in Manitoba said the provincial government is committed to protecting residents from the spread of COVID-19.

"Strong enforcement of public health orders is only one component of our multi-pronged approach, which also includes community supports, paid sick leave, and education," Brant Batters said in a statement.

Quebec was identified as one of the most punitive provinces even during the first wave. Between April and August 2020, the province gave out 3,756 fines valued at $5.5 million, the report says.

Deshman said Quebec exponentially increased its COVID-related ticketing throughout the second wave, even in months when infection rates were going down.

Marie-Louise Harvey, the spokeswoman for the minister of health and social services in Quebec, said the ministry understands the impatience that people feel because of the restrictions.

She said everyone is looking forward to the end of the containment measures, including a curfew, as quickly as possible, but these measures are in place in order to preserve the health of the population and the capacities of the province's health network.

"Currently, (the department) is working with the government to allow gradual easing in the coming weeks," she said in a statement in French.

Ontario was one of the provinces that handed out the most tickets during the first wave and it surpassed that number during the second wave, the report says.

The report noted that the number of tickets issued by bylaw and police officers in Toronto and Ottawa generally decreased during the second wave of the pandemic.

Brent Ross, a spokesman for the ministry of the solicitor general in Ontario, said the government made its decisions during the pandemic with the goal of stopping the spread of COVID-19.

"The measures that have been brought forward are based on public health advice," he said in a statement.

"In the event that individuals are not following the rules we have confidence that enforcement personnel will exercise appropriate discretion."

The report said that B.C. took a model approach to enforcement from a civil liberties perspective during the first wave when it managed to effectively flatten its COVID-19 curve without imposing some of the harsher lockdown measures seen in other provinces.

Enforcement activity has increased significantly in the province since then. B.C. reported handing out 1,584 fines between August 2020 and March 2021 compared to approximately 22 COVID-related fines in the first few months of the pandemic, according to the report.

The B.C. government did not immediately respond to a request for comment.

The report said that Nova Scotia was the highest per-capita ticket issuer among the five provinces in the first wave. Its law enforcement continued to give out fines for COVID-related behaviours during the second wave but at a much lower magnitude.

Of the total 912 fines given across Nova Scotia between March 2020 and February 2021, 76 per cent were given out during the first wave.

Heather Fairbairn, a spokeswoman for the Nova Scotia justice ministry, said the government's focus has always been creating an environment of awareness, understanding and caring.

"The province remains in a state of emergency. When issues with compliance put our province at risk, there are measures in place to help protect the health and safety of all Nova Scotians," she said in a statement.

Deshman said it's become clear in the third wave that many of the people getting sick and dying from COVID-19 are being exposed to the virus in their workplaces or because they live in crowded apartment buildings.

"These are not people that are acting irresponsibly or recklessly."

"These are the very communities that, in many parts of the country, are experiencing the worst of this pandemic, and that are now being exposed to additional harms of an enforcement-led public health response."

Provinces must prepare to lock down again quickly in case variants take off: Tam

Civil liberties must be

Civil liberties must be safeguarded and the uneven enforcement of who gets ticketed must be addressed. However, what part of 'pandemic' are the provincial and national civil liberties on board with? for Rodeo and religious spreader get togethers threaten us all. There needs to be greater consequences for the leaders and participants in these events.