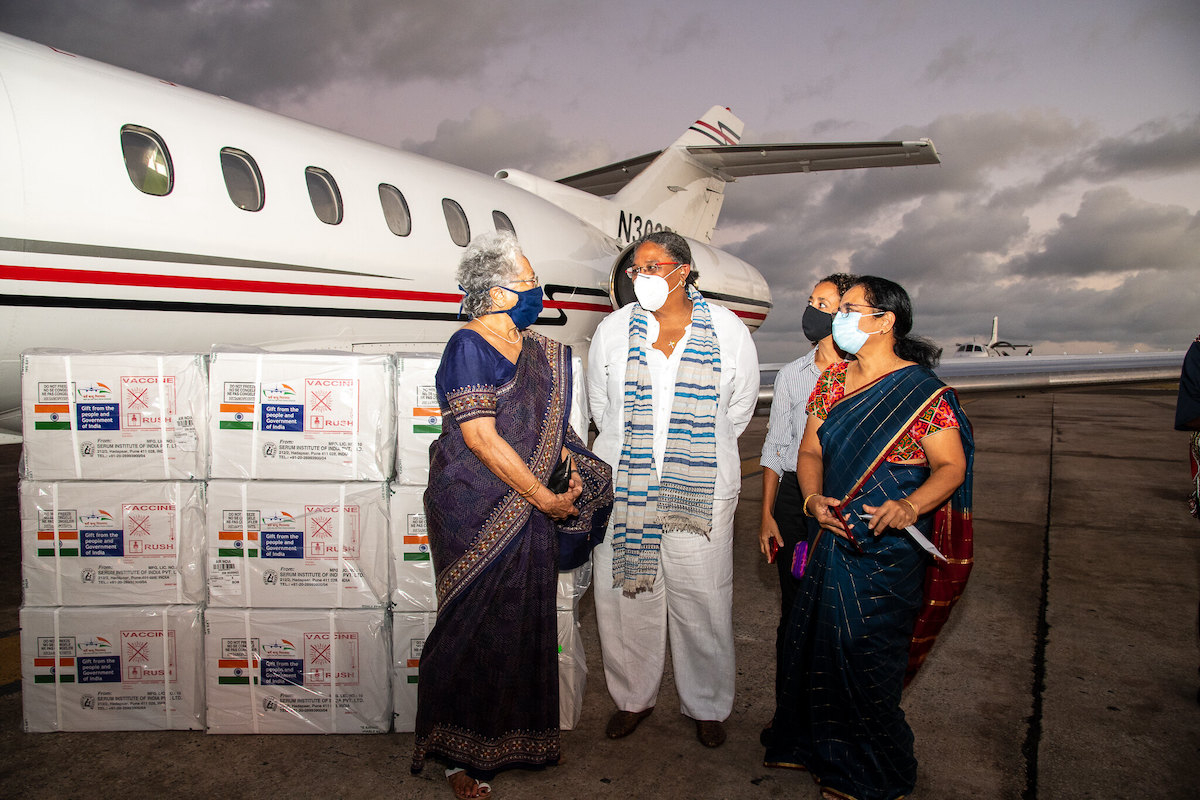 We're often told that climate change is the greatest existential threat of all time.

This refrain from scientists, politicians and activists strikes a problematic note. It ignores the many existential threats racialized and colonized communities face here in Canada and around the world. Extreme poverty, anti-Black racism by police and violence toward missing and murdered Indigenous women, are all ongoing existential threats that didn’t vanish during the pandemic.

We can now add to the list COVID-19 “vaccine apartheid” — a term that best describes how wealthy countries like Canada have called dibs on 80 per cent of the world’s vaccine doses, leaving a paltry 0.3 per cent for low-income countries.

Reflecting on this injustice gives us the opportunity to de-silo our movements. We must support the fight for vaccine equality not out of charity or because we fear failing to do so could hinder climate action, but because we recognize that the same oppressive, systemic forces are at play in both movements.

This week, I joined a teach-in hosted by the Association for Women’s Rights in Development, a global feminist movement support group with offices in Toronto and Mexico. The question on the virtual chalkboard: How can feminists take collective action for vaccine justice?

The teach-in panelists hailed from the vaccine equality, biodiversity, reproductive health, HIV/AIDS treatment and gender justice movements. They agreed the answer lies in opposing dynamics that prioritize profits above people in all areas, including privatization, billionaire philanthropy and technological fixes that ignore power imbalances at all levels.

"Our collective goal of vaccine justice is an opportunity for more of us to reach out across movements,” said Sachini Perera, a Sri Lankan activist with the Resurj feminist alliance. Useful principles to guide the way, she added, are building trust with one another, organizing in a way that shares power and “nurturing our solidarities beyond vaccine justice.”

Like feminists, many climate activists have already begun, using their platforms to connect COVID-19 patients with medical supplies and holding vigils to raise awareness about vaccine apartheid. Greta Thunberg has vowed to boycott the next international climate talks, while environmental groups like Greenpeace Aotearoa (New Zealand) and 350.org have spoken up for vaccine equity.

Unfortunately, Canada's government and corporate interests have opted for charity, a habit that has directly enabled vaccine apartheid.

Last weekend, for example, Prime Minister Justin Trudeau pledged $375 million in advance of Global Citizen’s star-studded VAX LIVE concert for pandemic relief. But it doesn’t change the fact that his government has hoarded enough vaccine doses to immunize Canadians five times over and dipped into a pot meant to ensure vaccine access for low-income countries.

As India’s death toll surpasses a quarter-million and crematoriums turn grieving families away, it is equally sad and infuriating that solidarity-based approaches might have had a shot at preventing the scale of the disaster.

Back in 2020, the early multilateral pandemic response was coalescing around an open-sourced approach that would pool vaccine and treatment research while also training new vaccine manufacturers in Latin America, Asia and Africa. But the New Republic reported vaccine companies and the Bill and Melinda Gates Foundation crowded these efforts out with an approach based on patent protection and a mechanism whereby rich countries could subsidize vaccines for poorer countries.

Today, as variants surge, this mechanism is well short of its promise to distribute two billion vaccines. As pandemic deaths in poorer countries balloon from 9.3 per cent of the global total to 30 per cent, it’s brown and Black bodies who are left gasping for breath.

Charity, as the adage goes, can cover a multitude of sins.

It’s not that charitable giving can’t do any good — it can. But in the words of Toronto anti-poverty activist and nonprofit leader Paul Taylor, “charity positions the wealthy as generous and the poor as passive recipients” but often leaves the reasons for inequality unexplored and unchallenged.

Solidarity, on the other hand, is already inching the political dial toward justice. Oxfam Canada says that last week's surprise move by the United States to support a patent waiver is “a testament” to movement organizing. Oxfam is part of a global campaign for a People’s Vaccine: one that is available to everyone, everywhere, free of charge. It was only a few days after the Biden administration’s announcement that the Trudeau government amended its own position, saying that it would “participate in negotiations to waive intellectual property protection particular to COVID-19 vaccines.”

It’s well past time for Canada to abolish vaccine apartheid. Solidarity organizing for a People's Vaccine by all movements can help make it a reality. Many Canadians are already demanding change. Dozens of members of Parliament, along with 100 health experts from the South Asian diaspora and 900 Canadian medical students (many of whom have lost friends and family in the pandemic), have appealed directly to Prime Minister Trudeau. To many of us with family ties to the Global South, the ties that bind us are obviously, and viscerally, global.

Jesse Firempong is a Ghanaian-Canadian freelance writer and communications strategist focused on social and climate justice.

Undocumented workers hesitant to get vaccines

Racialized adults should be bumped up on vaccination priority list, committee advises

I wanted to read this article

I wanted to read this article but I ran away in paragraph 2 when the definition of 'existential threat' was expanded to include 'things that are terrible'.

I agree. This is an important

I think you're misinterpreting what was said. There is maybe only one existential threat TO EVERYONE, but there are plenty of threats to the existence of people in certain groups. Some of which threaten them rather faster than climate change does. So like, their position might be along the lines of "Oh, hey, rich white people, you want me to be massively concerned about the one thing that actually causes YOU problems, while you continue to ignore the things that cause ME problems? Why should I?"

Capitalism, like other authoritarian mechanisms is only interested in "globalism" when its bottom line means profits, for themselves.

Equality has never been a moving force for any governing or monopolizing movement - simply because "equality" in their definition cuts into profits.

These self aggrandizing entities cannot compute vaccine protection as a profitable endeavor.