Avi Lewis to run for federal NDP in B.C. riding 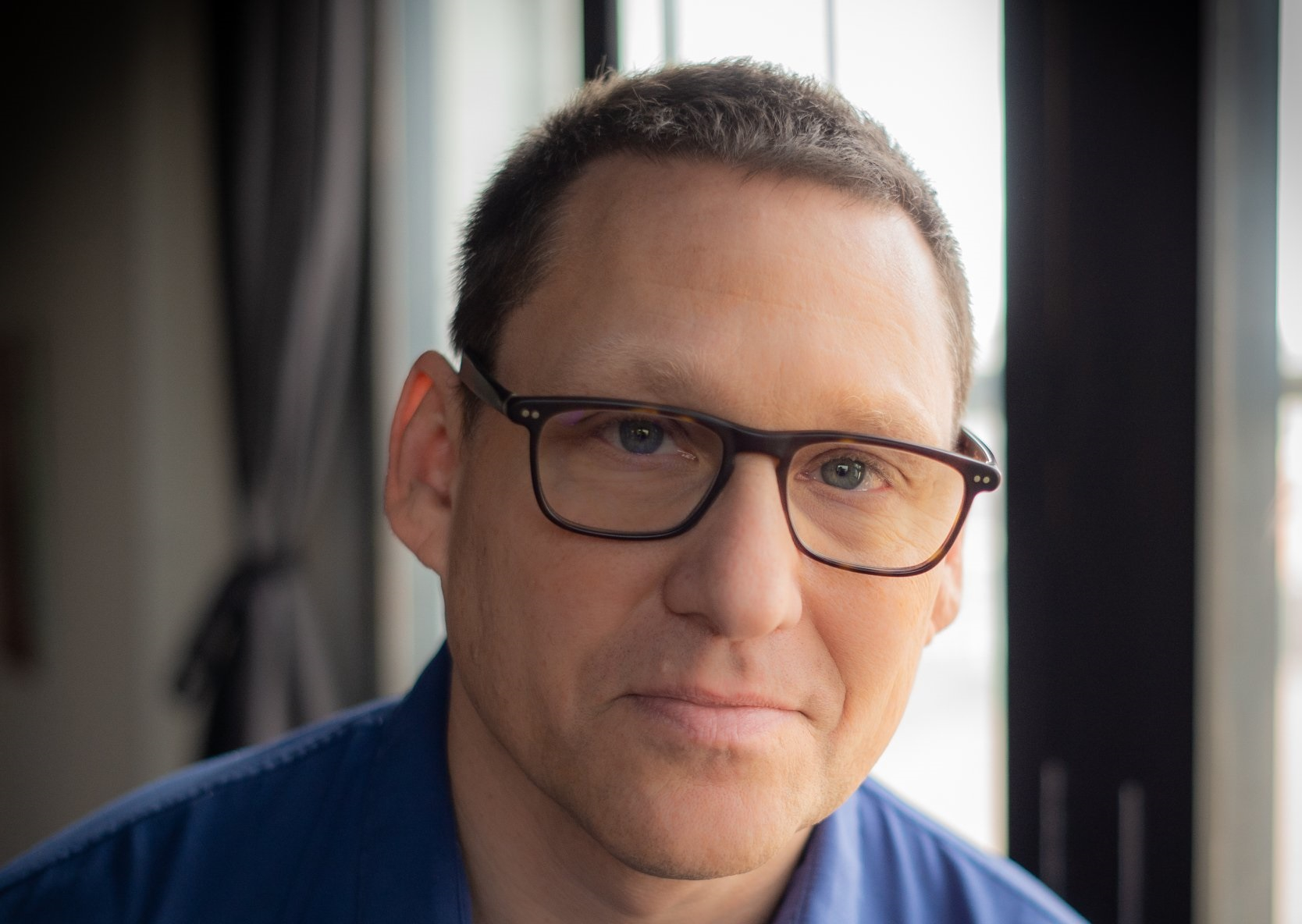 Documentary filmmaker Avi Lewis will run in the next federal election as an NDP candidate, he announced Monday.

Lewis is expected to be acclaimed as the NDP candidate for the riding of West Vancouver—Sunshine Coast—Sea to Sky Country during a campaign launch scheduled for Saturday. Liberal MP Patrick Weiler currently holds the seat.

As co-founder of progressive group The Leap, Lewis has pushed for major reforms to Canadian policy to respond to the climate crisis, inequality and racial injustice, championing a Green New Deal for Canada.

In a series of tweets on May 17, he expanded on that idea as he announced his candidacy, promoting “a Green New Deal for all” as well as a “just recovery from COVID-19,” reconciliation, decolonization and the return of government-held land to Indigenous communities.

“We're in a unique moment with the opportunity to fix the overlapping crises we face but only if we do it together, for the many, not the few,” said Lewis.

“We face the connected crises of climate emergency, pandemic, inequality, and racism. We need bold solutions — and it's clear that the people in power have none to offer, unless you consider increasing corporate handouts and oil and gas subsidies to be bold.”

Lewis has also recently called for "public ownership" of Greyhound, the bus service that announced it was slashing all routes in Canada. “Urgent scale-up of electric, made-in-Canada buses, connecting every community," he said.

The move by Lewis, who has also lectured in journalism and media studies at Rutgers University, makes him the latest family member to run for office as a New Democrat. His father, Stephen Lewis, was the leader of the Ontario NDP, while his grandfather, David Lewis, was leader of the federal NDP.

Documentary filmmaker and co-founder of The Leap @avilewis will run in the next federal election as an NDP candidate. “We face the connected crises of climate emergency, pandemic, inequality, and racism. We need bold solutions," he said Monday.

Climate action advocate and 350.org founder Bill McKibben welcomed the news, calling it “an important campaign, not just for B.C. and Canada but for the world” and saying Lewis was “not just another politician.”

The Leap was based on the Leap Manifesto, a Canadian political document published in 2015 alongside a documentary film by Lewis called This Changes Everything. The doc was based on the book of the same name written by Naomi Klein, who is married to Lewis.

The manifesto called for Canada to be "powered entirely by renewable energy" and a shift to a "non-polluting economy," an increase of mass transit and various other initiatives. Published at the end of the Harper government era, the document initially generated controversy within NDP circles. Then-premier Rachel Notley, the Alberta NDP leader, called it “naive,” “ill-informed” and “tone-deaf."

On Monday, federal NDP House leader and finance critic Peter Julian said he was “so happy” about Lewis stepping forward. “I know that you will fight for — and work hard for — your ‘bosses,’ the constituents of West Vancouver—Sunshine Coast—Sea to Sky Country,” he tweeted.

The Leap organization itself, which said it will be “closing its doors this summer,” due in part to Lewis’ departure and that of executive director Katie McKenna, struck a triumphant tone in a statement on its website.

“When we launched The Leap Manifesto in 2015, the idea that the climate crisis demanded a bold and justice-based transformation of our economy and society was greeted, in establishment media at least, as a dangerous, off-the-wall proposition,” it said in a statement on its website.

“Now millions see that it is simple common sense. We are proud of the role The Leap played in expanding the boundaries of the possible, along with so many of our movement partners and supporters.”

Weiler says he understands why Lewis would run

Lewis is the former co-host of Al Jazeera’s doc series Fault Lines. He also hosted and produced CBC current affairs shows CounterSpin and On the Map, and hosted arts news program The New Music in the 1990s.

Weiler welcomed Lewis to the race and thanked him for putting his name forward to serve West Vancouver—Sunshine Coast—Sea to Sky Country, in a statement sent to Canada's National Observer.

He said he was "proud of what has been accomplished in these realms in my time in office and over the last five and a half years," and has seen first hand how much the Liberal government has "already improved the lives of people in my riding."

Weiler said he was driven by the challenge of moving Canada to a more "sustainable, inclusive and equitable" future. "I welcome engaged candidates to represent all parties; anything that generates more interest in politics and democracy in the riding is a good thing," he said.

"I certainly understand why Avi Lewis would want to run in the most beautiful, interesting, and diverse riding in the country. I remain focused on working on behalf of and delivering for my constituents. I look forward to engaging all candidates on the issues that matter to our region and country when the time comes, such as on climate change, reconciliation and affordability."

Green New Deal up for debate at Liberal, NDP conventions

Awesome. I've been a fan of

Awesome. I've been a fan of Avi Lewis since "Counterspin". I also very much like his documentary on Argentinian workers taking over their factories as owners walked away during the Argentinian recession, "The Take".

I, too am pleased to see Avi

I, too am pleased to see Avi enter the realm of electoral politics especially here in B.C. where there is growing frustration with the NDP government’s apparent inability to move its agenda forward. This apparent inability has opened the door to reactionary criticism on the right and progressive bleed on the left. As a skilled communicator Avi will be able to change the public narrative and as a proven organizer and theoretician he could inspire the sea-change we all seek to address the Climate Crisis.

Lewis: "We need bold solutions — and it's clear that the people in power have none to offer, unless you consider increasing corporate handouts and oil and gas subsidies to be bold.”

Well, you have to admit it takes a certain amount of chutzpah to double down on fossil fuels in face of the climate crisis. And make taxpayers subsidize fossil-fuel profits and clean-up.
According to Trudeau, the path to renewable energy and a sustainable future runs through a massive spike in fossil-fuel combustion and emissions. Complete disconnect from the science.

Trudeau (2016): "There is growth to be had in the oilsands. They will be developing more fossil fuels while there's a market for it, while we transition off fossil fuels."
Trudeau (2017): "No country would find 173 billion barrels of oil in the ground and just leave them there."

"Trudeau’s Orwellian logic: We reduce emissions by increasing them"
https://www.theglobeandmail.com/opinion/trudeaus-orwellian-logic-reduce-...

"Canada’s oil patch is not dead, Prime Minister Justin Trudeau said Thursday, as political pressure mounted on the government not to provide any further bailouts to the struggling sector.
"…Rather, said the prime minister, recovering Canada’s economy in a way that ensures climate change goals are respected will require a healthy oil sector to develop and implement the innovations that will cut greenhouse gas emissions from their products."
"Trudeau says he does not share view that oil and gas sector is beyond saving" (CP, May 7, 2020)

Trudeau argues we must sell our fossil fuels to fund the energy transition. New oilsands export pipelines fit within his climate plan, he insists.
Trudeau: "Our challenge is to use today's wealth to create tomorrow's opportunity."
Trudeau: “We need to create wealth today so we can invest in the future. This [TMX pipeline] project has the potential to create thousands of solid middle class jobs for Canadians.”
Natural Resources Minister Jim Carr: "Our plan is to use this time of transition to Canada's advantage by building the infrastructure to get our resources to global markets and using the revenues to invest in clean forms of energy."
Funding climate solutions from fossil fuel revenues is like selling cigarettes to fund cancer research.
If Trudeau has billions of (our) dollars for pipelines, he has billions of dollars for renewables.
Transitions start by moving in the direction you wish to travel. Doubling down on fossil fuels takes us in the wrong direction. When you're in a hole, stop digging.

New IEA report contradicts Trudeau: "Net Zero by 2050"
"A rapid shift away from fossil fuels"
"Net zero means huge declines in the use of coal, oil and gas.
"This requires steps such as halting sales of new internal combustion engine passenger cars by 2035, and phasing out all unabated coal and oil power plants by 2040."

"Trudeau has developed a more

"Trudeau has developed a more palatable but almost as dangerous form of climate denial: believing that, as long as we acknowledge the scientific reality of our warming world, we can continue to expand fossil fuel production with impunity.
"…I think Trudeau and his Ottawa Liberal elite have actually tricked themselves … into believing heavy oil expansion is consistent with a safe climate for my generation.
"…I believe they are trying to deliberately manipulate the Canadian public, exploiting our hunger for win-win solutions by telling us that locking in new tar sands pipeline infrastructure is the pathway to a clean energy future.
"…Trudeau's PR machine is really good at it. They make Orwellian double-speak seem like normal, intellectual political discourse. Canada must build pipelines to fund the clean energy transition! That makes just as much sense as smoking another pack of cigarettes a day to avoid lung cancer."
"Trudeau's climate plan: made for the oil patch"
dogwoodbc.ca/climate-plan-oil-patch

The federal NDP, once more,

The federal NDP, once more, is shooting itself in the foot. Avi Lewis has swooped in from Ontario & New Jersey & the Party appears to think that is fine with no need for nomination procedure. The Leap was an ill-thought out, top-down manifesto that kicked the West in the teeth. Everyone knows climate change is the pressing issue of the day but to deliver an edict from on high goes against everything the CCF and the NDP (used to stand for). Consultation & discussion & talks of how to achieve the common goal were expected. I have lived in Saskatchewan & provincially voted NDP all my life but the decisions & non-decisions currently made has rattled even long-time members here in the birthplace of the NDP.