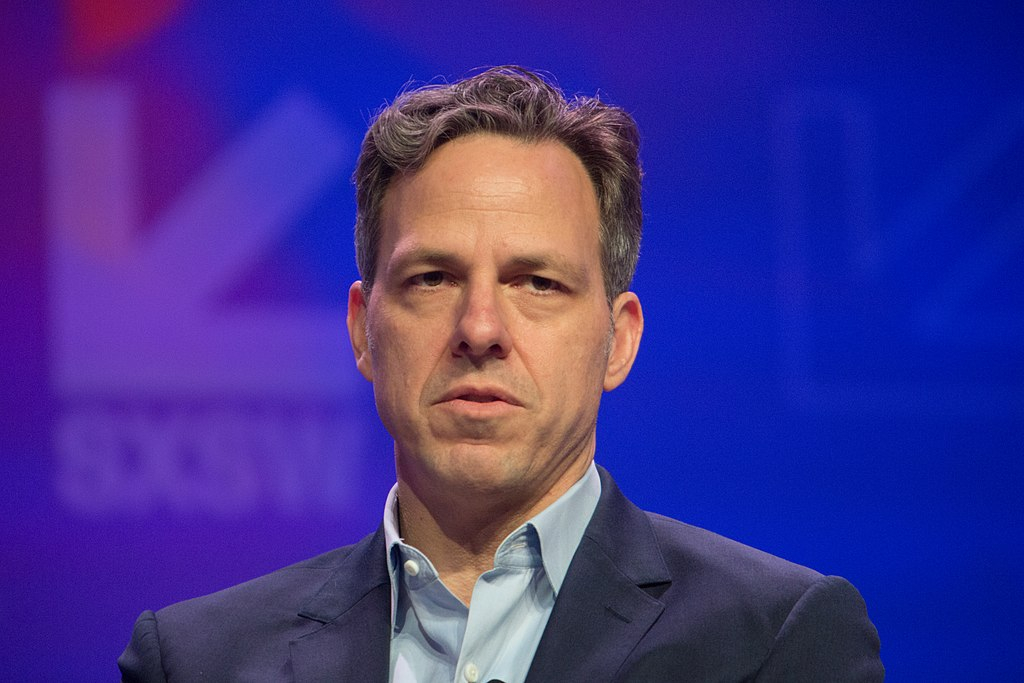 When pressed on why Canada’s vaccine performance was worthy of a story on CNN, Jake Tapper said it was “because frankly the Canadian people deserve better.” Wikimedia Commons (CC BY-SA 2.0)
Previous story

For the better part of four years, CNN’s Jake Tapper offered Canadian viewers an island of sanity in the increasingly crazed waters of Trump-era American politics. That’s why it took so many of them by surprise to hear him talking in decidedly Trumpian tones about Canada’s vaccination efforts back in April, when the third wave was about to crest in places like Ontario and Alberta.

The reporting on Tapper’s April 11 show, The Lead, made no mention of the role provinces like Ontario and Alberta and their failure to implement public health measures were playing in Canada’s COVID-19 crisis. Instead, it reduced everything to vaccines and the fact that Canada hadn’t put as many doses into arms as America. Not surprisingly, this annoyed many Canadians, who felt Tapper was misrepresenting the nature of Canadian federalism and our performance in securing and delivering vaccines — not to mention the role that American procurement policies might be playing in it.

When pressed on why Canada’s performance was worthy of a story on CNN, Tapper said it was “because frankly the Canadian people deserve better.” When supporters of the Liberal government pushed back on the numbers his show presented, Tapper effectively channelled the administration he’d just spent four years criticizing. “Careful for acknowledging facts or Tru-Anon will attack you,” Tapper tweeted.

This was a gift for Canadian conservatives, and the Toronto Sun’s Brian Lilley wasted no time in unwrapping it. “I feel like Canada owes Jake Tapper a huge thank you for giving us all a new way to discuss Justin Trudeau and his followers,” he wrote. “No criticism of Trump was accepted by his most ardent supporters — in particular those who identified as Q-Anon — and so it is with Trudeau.”

This week, in a television appearance plugging his new book, Tapper told the CBC’s David Common that he’d “been hearing from relatives in Canada that the rollout was not going great, and that Trudeau and his government had had difficulty securing the vaccines.” His show’s story, he said, came from “a place of love.”

But like so many Americans, Tapper’s “love” of Canada reflects the combination of indifference and ignorance that has always characterized their cross-border relationship with us. To most Americans, Canada is a geopolitical amalgam of a distant cousin, a summer-camp romance, a friendly neighbourhood golden retriever. Tapper’s story showed we’re also a useful foil when it comes to making Americans feel better about their own shortcomings.

On COVID-19, those shortcomings have killed people on both sides of the border. In the United States, where vaccinations have slowed markedly in the face of both toxic partisanship and the far-right media bubble that sustains it, the COVID-19 death rate is still higher than Canada’s. Last week, the percentage of Canadians who have had their first dose of a COVID-19 vaccine bumped ahead of the United States for the first time, and while they’re still ahead on the percentage of people who have been fully vaccinated, we’ll catch them on that front before long.

As to Canada’s difficulties in procuring as many vaccines as the United States in the first few months of 2021, that’s at least in part because the United States prevented us from getting them. As the Globe and Mail reported in February, “a Pfizer plant in Michigan was supposed to help supply vaccines to Canada. But an exclusivity deal with the U.S. government guarantees that all of its American-made doses will stay in the country until Washington’s orders are filled. Moderna has a similar arrangement regarding its plant in New Hampshire.”

Jake Tapper surely meant well in his coverage of Canada’s COVID-19 third wave, even if his tweets at the time didn’t always reflect it. Likewise, most of his American viewers share his amiable attitude and spirit of neighbourly love towards Canada. But that love exists only in the abstract, and only when America’s own interests or national pride aren’t at stake. When they are, Canada is of no consequence or concern to those otherwise friendly Americans.

If there’s one thing that transcends partisanship and politics in the United States, it’s that America always comes first. For all of his many flaws, at least Donald Trump told the truth about that. So too, in his own way, did Jake Tapper.

Thanks for an insightful

Thanks for an insightful article. A bit scary that some of the better American journalists develop their stories from what some of their family mentioned to them!

I listened to that CBC

I listened to that CBC interview, too. The real issue here is that Canada neglected to sufficiently value Connaught Labs, and seemed to allow a decision to be made to divest based on political ideology, not on good government. Mr. Harper made a similar ideology-only decision about the Experimental Lakes project. In both cases, short term I-don't-know-what in exchange for long term pain. We do indeed reap what we sew.

With a decades-neglected pandemic plan and no possibility of manufacturing vaccine in Canada any time soon we should be thankful that other countries are giving us any vaccine when their own aren't fully covered.

Who is to blame? We are. Not the Americans, nor the Indians, nor the Europeans, who invented the vaccines and are manufacturing them and are allowing us to buy them.

In a different era, had we still the public capacity to do so, we could have made a real global difference by developing a Canadian vaccine and giving away the patent rights for $1 as Mr. Banting, Best and Colip did with insulin. As Mr. Banting is reported to have said at the time "Insulin belongs to the world, not to me."

Having said that I do agree with Mr. Fawcett on the narrower issue of Mr. Tapper's mis-focus on vaccine rollout. That's not "The Lead" story. I'm sure that the idea of COViD Zero is not even on his radar, but it would have been better for him to ask questions about why some regions in Canada, in the absence of vaccine supply, are doing much better than others, and why that might be the case.

Our bad luck that we endured

Our bad luck that we endured a Mulroney government that nuked our venerable public laboratory. Followed by a harper government that couldn't have cared less about public health, or public enterprise, or even public assets. It's too much to expect one good government to fix everything put askew by reformacons in their haste to find a bad owner amongst their sweaty throngs of supporters for every good thing that belongs to all of us. Did anybody ever put a tab to the harper vandalism visited on our foreign affairs assets? Anybody want more Hwy-407s?