U.K. studies new ways to suck carbon out of the atmosphere 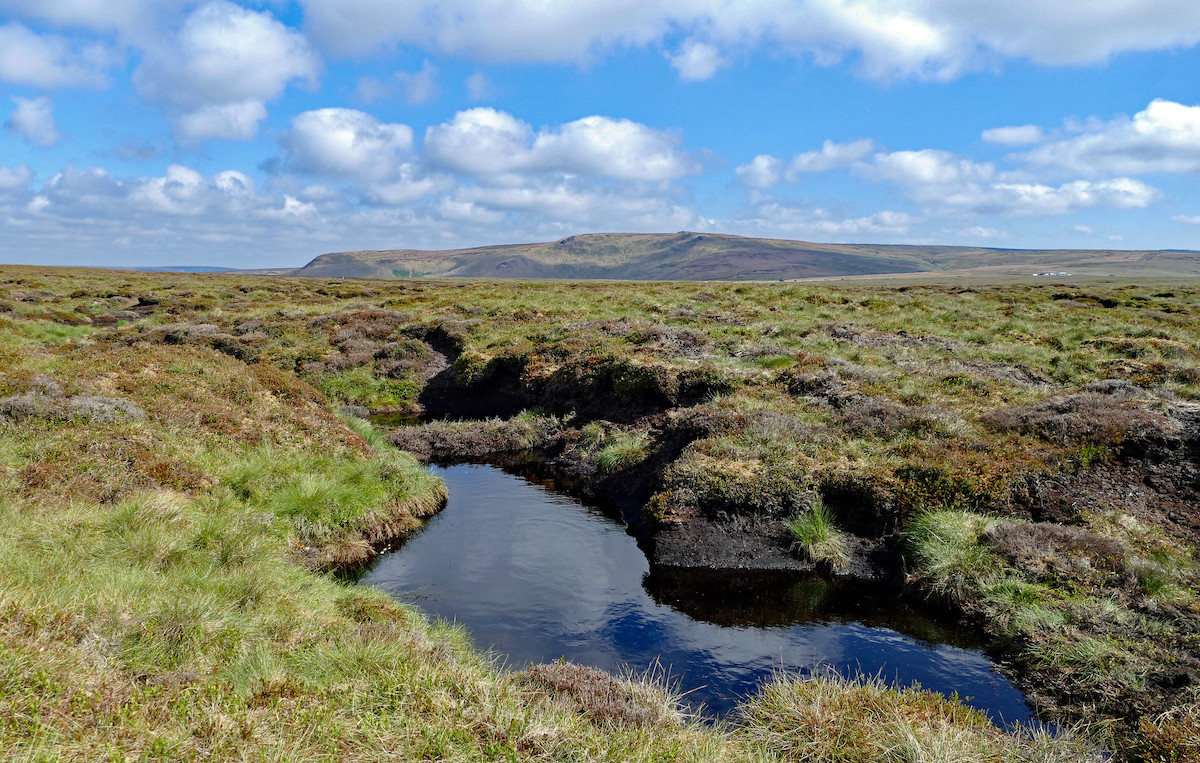 Degraded peatlands will be rewetted and replanted in the Pennines and west Wales as part of the trials. Photo by Andrew / Flickr (CC BY 2.0)
Previous story
Next story

Climate-heating carbon dioxide will be sucked from the air using trees, peat, rock chips, and charcoal in major new trials across the U.K.

Scientists said the past failure to rapidly cut emissions means some CO2 will need to be removed from the atmosphere to reach net-zero by 2050 and halt the climate crisis. The £30-million project funded by UK Research and Innovation will test ways to do this effectively and affordably on over 100 hectares of land, making it one of the biggest trials in the world.

Degraded peatlands will be rewetted and replanted in the Pennines and west Wales, while rock chips that absorb CO2 as they break down in soil will be tested on farms in Devon, Hertfordshire and mid-Wales. Special charcoal called biochar will be buried at a sewage disposal site, on former mine sites and railway embankments.

The best large-scale ways to use trees to capture carbon will also be examined across the U.K., including on Ministry of Defence and National Trust land. The last trial will measure the carbon removal potential of energy crops, such as willow and miscanthus grass, for the first time at commercial scale. These crops would be burned for energy, with the CO2 emissions trapped and stored underground.

“This is seriously exciting and pretty much world leading,” said Prof. Cameron Hepburn at the University of Oxford who is leading the co-ordination of the trials. “Nobody really wants to be in the situation of having to suck so much CO2 from the atmosphere. But that’s where we are — we’ve delayed (climate action) for too long.”

He emphasized that cutting emissions from fossil fuel burning as fast as possible remains vital to tackling global heating: “There’s no suggestion that (CO2 removal) is a substitute for reducing our emissions.”

Scientists at the Intergovernmental Panel on Climate Change have concluded there is no way of keeping the global temperature rise to the internationally agreed target of 1.5 C without both cutting emissions and removing billions of tonnes of CO2 a year by 2050. The U.K.’s official climate advisers estimate the U.K. is likely to need to remove about 100 million tonnes of CO2 a year by 2050 to reach net-zero.

Carbon removal is also deemed essential because it will be difficult to halt all emissions from sectors such as aviation, farming and cement by 2050. The new trials are part of a £110-million government program that also includes trials of using technology to scrub CO2 directly from the air.

The co-ordination hub for the new trials will consider the social, ethical, and legal issues related to removing carbon. For example, said Hepburn: “If you’re grinding up rocks and putting it on land to grow food, then you want to make sure that what’s going into the food system is completely safe — I’m sure it will be.”

U.K. to study if trees, peat, rock chips and charcoal can be used to suck CO2 out of the air. #carbon #emissions #ClimateSolutions

There is a current debate on whether carbon removal could be used by companies to offset their emissions rather than cut them, and whether such offsets can be guaranteed to be genuine.

“We are very alive to the possibility that companies will just use offsetting as greenwashing,” said Hepburn. “Part of what this program is about is to develop the monitoring, reporting and verification frameworks to ensure that removals are genuine.”

Spreading basalt chips on fields will be trialled on arable and grazing land. Chemical reactions that degrade the rock lock CO2 into carbonate minerals within months. It is expected that up to 13 tonnes of CO2 per hectare could be locked up each year. In degraded soils, the rock chips can also help reverse acidification and replenish essential plant nutrients. “The joy is that if it does sequester CO2 and lead to enhanced agricultural productivity, then everybody’s laughing,” said Hepburn.

The trial will be the most comprehensive biochar trial to date and will add 200 tonnes of the material to 12 hectares of arable fields and grasslands. The charcoal-like material is produced from wood or organic waste. About 10 tonnes of biochar per hectare can be added to crop fields, but 50 tonnes or more could be buried under grassland. Biochar increases the ability of soil to hold water and nutrients and can help prevent runoff of fertilizers and pesticides.

Coppiced willow and miscanthus grass can provide fuel for power stations and remove CO2 from the air if the exhaust gas is captured and stored underground. The trial will seek the best varieties and planting methods and assess how much carbon is also stored in the plants’ roots. Twenty hectares will be planted and current estimates are of 11 tonnes to18 tonnes of CO2 being removed per hectare each year.

Today, damaged peatlands are the U.K.’s biggest source of CO2 emissions from the land and the trials aim to reverse this by blocking drainage and raising water levels. In lowland trials, former agricultural land will be converted into a “carbon farm” and in the upland trials, peat will be restored via measures such as planting sphagnum moss. A restored peatland could absorb 10 tonnes of CO2/ha/year, as well as preventing the loss of about 30T of CO2/ha/year. Renewed peatland will also help wildlife, flood prevention and water quality.

“Trees represent the most cost-effective way of removing CO2 from the atmosphere, while also delivering benefits such as enhancing biodiversity and recreational and health improvements,” said Prof. Ian Bateman at the University of Exeter, who is leading these trials.

But he warned planting trees can have disastrous consequences, if they are planted on peat and release carbon, for example. The trials will test how to plant the right tree in the right place. The trees will be measured and also surveyed by drone and carbon buildup in the soils will be checked.

Up to 13T CO2e/ha/year could be stored, and Bateman said: “You can start now, you just need land and plants. There is huge potential to make an immediate difference towards the goal of net-zero by 2050.”