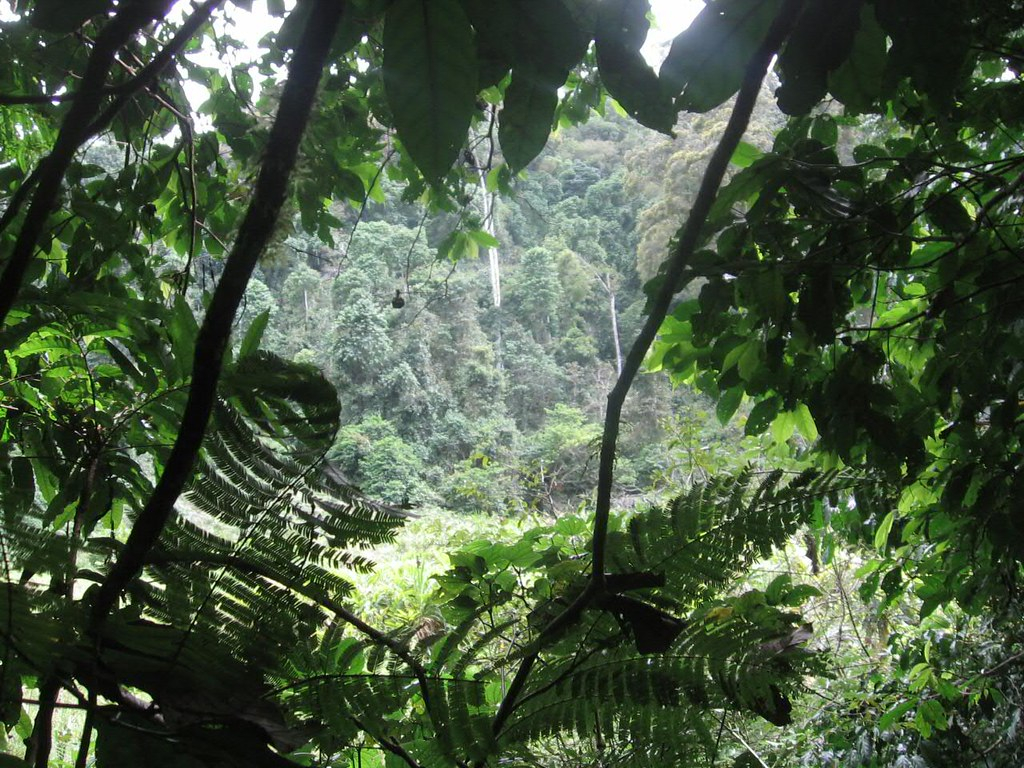 Here is what not to do, say experts: Clear forests and plant new trees so corporations can offset their carbon emissions. Andrés Moreno / Flickr (CC BY-SA 2.0)
Previous story
Next story

The biggest hint nature ever gave humanity was when it sequestered fossil fuels underground, locking their carbon away from the atmosphere. Only rarely, like when a massive volcano fires a layer of coal into the sky, does that carbon escape its confines to dramatically warm the planet.

But such catastrophes hint at a powerful weapon for fighting climate change: Let nature do its carbon-sequestering thing. By restoring forests and wetlands, humanity can bolster the natural processes that trap atmospheric carbon in vegetation. As long as it all doesn’t catch on fire (or a volcano doesn’t blow it up), such “nature-based solutions,” as climate scientists call them, can help slow global warming.

Earlier this month, scientists put a number on how much of a reduction in global heating these solutions might buy us. Writing in the journal Nature, they used a previous calculation of how much carbon such campaigns could sequester and married that with global warming scenarios from the Intergovernmental Panel on Climate Change. Basically, they tallied how much of a temperature change could be staved off by keeping this amount of carbon out of the atmosphere.

They found that with an ambitious yet realistic worldwide campaign, humanity might reduce peak warming by 0.1 C under a scenario that assumes a 1.5 C rise in global temperatures by the year 2055. In a scenario assuming a 2 C rise by 2085, the savings would be 0.3 C. That might not sound like much, in the grand scheme of things. But because nature-based solutions keep on sequestering carbon as long as those habitats remain healthy, in that 1.5 C scenario we’d actually shave off 0.4 C of warming by the year 2100. And that’s a significant difference.

“What we found — which is crucial — is that after that, it continues acting, and (nature-based solutions) have this really important role in cooling our planet up to the end of the century and beyond,” says ecosystems scientist Cécile Girardin of the University of Oxford, the lead author on the paper describing the work.

“We're absolutely not saying nature-based solutions are the solution for climate change. That's not what the message here is. It’s just a more realistic view of what they can achieve and how we can achieve it.”

So what do these solutions look like? Generally speaking, they aim to both sequester carbon and produce some additional social or ecological benefit.

Take forest restoration as a simple example. By encouraging the growth of native species, the vegetation will suck in CO2 and expel oxygen as it grows, sequestering carbon in all that plant tissue. One co-benefit is bolstering biodiversity: As the native plants proliferate, so will native animals. In eastern India, the authors note in their paper, another benefit is that protecting mangrove forests helps them absorb both carbon and the impact of cyclone storm surges, as the roots dissipate the wave energy, which shields coastal communities. (Plus, no matter where you do it, you get a nice forest for people to enjoy.)

“If we don't reduce our emissions by #decarbonizing our economy, the goose is cooked, and none of this matters,” says ecosystems scientist Cécile Girardin of the University of Oxford. #ClimateCrisis

Stop with the clear-cutting

Nature-based solutions need not be about roping off ecosystems to keep them pristine. In Brazil, for instance, some farmers are switching from raising cattle — which requires clear-cutting land — to growing cocoa. Not only does the plant happily grow tucked into the shade of a rainforest, but it’s been shown to boost biodiversity there. As an added bonus, farmers get to work under a canopy instead of in an open field, thus avoiding heat stroke. The researchers write that in Sierra Leone, farmers are adding pineapples, chilies, and corn to their cocoa in the forest, securing additional sources of income, all while keeping the ecosystem healthy.

Here’s what not to do, says Girardin: Clear forests and plant new trees so corporations can offset their carbon emissions. “We do give examples in the paper of pristine rainforests being cut down so that you can plant plantation forests there to offset someone's emissions from a flight,” she says. “It just doesn't make sense. Or communities being displaced from the land that they used for subsistence, again to plant forests for rapid carbon gains. That kind of situation doesn't make sense at all.”

Mono-cropping trees to offset someone’s airline miles won’t work, agrees Peter Ellis, global director of climate science at the Nature Conservancy, who wasn’t involved in the new paper. But returning an ecosystem to its natural state might better prepare it to survive the climate change we’ve wrought. “More biodiverse ecosystems instil greater resilience to future climate impacts,” says Ellis. “And they provide important co-benefits that people care about, which will help keep them invested in maintaining those natural climate solutions.”

This is critical to getting buy-in from the residents who depend on those ecosystems for food and clean water — explaining the immediate, local benefits of reforestation, not just the long-term good to the global community. “Unless you actually talk about water quality benefits,” says Daniela Miteva, an environmental economist at Ohio State University, “which a lot of trees provide, and malaria reduction, or things that local people care about, it's very hard to actually get community buy-in.”

Miteva works on nature-based solutions in northern Uganda and Indonesia. (She wasn’t involved in this new work.) Both countries are grappling with deforestation, but each local situation is unique, hinging on historical property rights, for instance. For example, a government might provide cash to households for not clearing a particular forest, known as a “payment for ecosystem service.”

“Unless you can actually talk about other benefits coupled with carbon, getting this idea accepted locally is very difficult — at least that's been my experience,” Miteva says. “There is also a notion of white people going to the Global South and telling people what to do — the whole notion of carbon colonialism.”

An added difficulty is that advocates are trying to deploy nature-based solutions on a planet with a growing human population. The more people living on Earth, the more land we need to feed everyone. “There's this tension between wanting to preserve natural systems of biodiversity while sustaining people and feeding people, and it's a challenge,” says biogeochemist Rich Conant, who studies nature-based solutions at Colorado State University, but wasn’t involved in this new work. “Thankfully, I guess, much of the land that we use for agriculture is used fairly inefficiently, and so I think there's a lot of scope to increase food production on land.” That could include strategies like improving irrigation and varying crops to increase yield while using the same amount of land.

But it’s important to add that people can’t just fix up ecosystems, sit back, and let nature do all the work. The same goes for relying on new technologies like “direct air capture,” machines that suck carbon out of the air and lock it underground. This is the moral hazard of climate change: Getting distracted with ways to trap our greenhouse gasses when we should be doing everything in our power to cut them entirely — and fast.

“People get the impression, 'Don't worry folks, nature will save us,'” says Ellis. “That's the kind of thing that keeps me up at night. First of all, we are nature, and we need to work in concert with it. But we need to put the pedal to the metal and fire on all cylinders if we're going to pull ourselves as humans, and our fellow passengers on Spaceship Earth, out of this predicament we've put ourselves in.”

The hotter the planet gets, the harder it will be for these ecosystems to bounce back. Plant species have thermal limits for their survival. Longer, more intense droughts could cancel an ecosystem’s comeback. Ever-more-ferocious wildfires no longer naturally reset forest ecosystems by clearing out dead brush — they obliterate whole landscapes. And in the meantime, we’re feeding this cycle by pumping 40 billion tons of CO2 into the atmosphere each year.

“If we don't reduce our emissions by decarbonizing our economy,” Girardin says, “the goose is cooked, and none of this matters.”