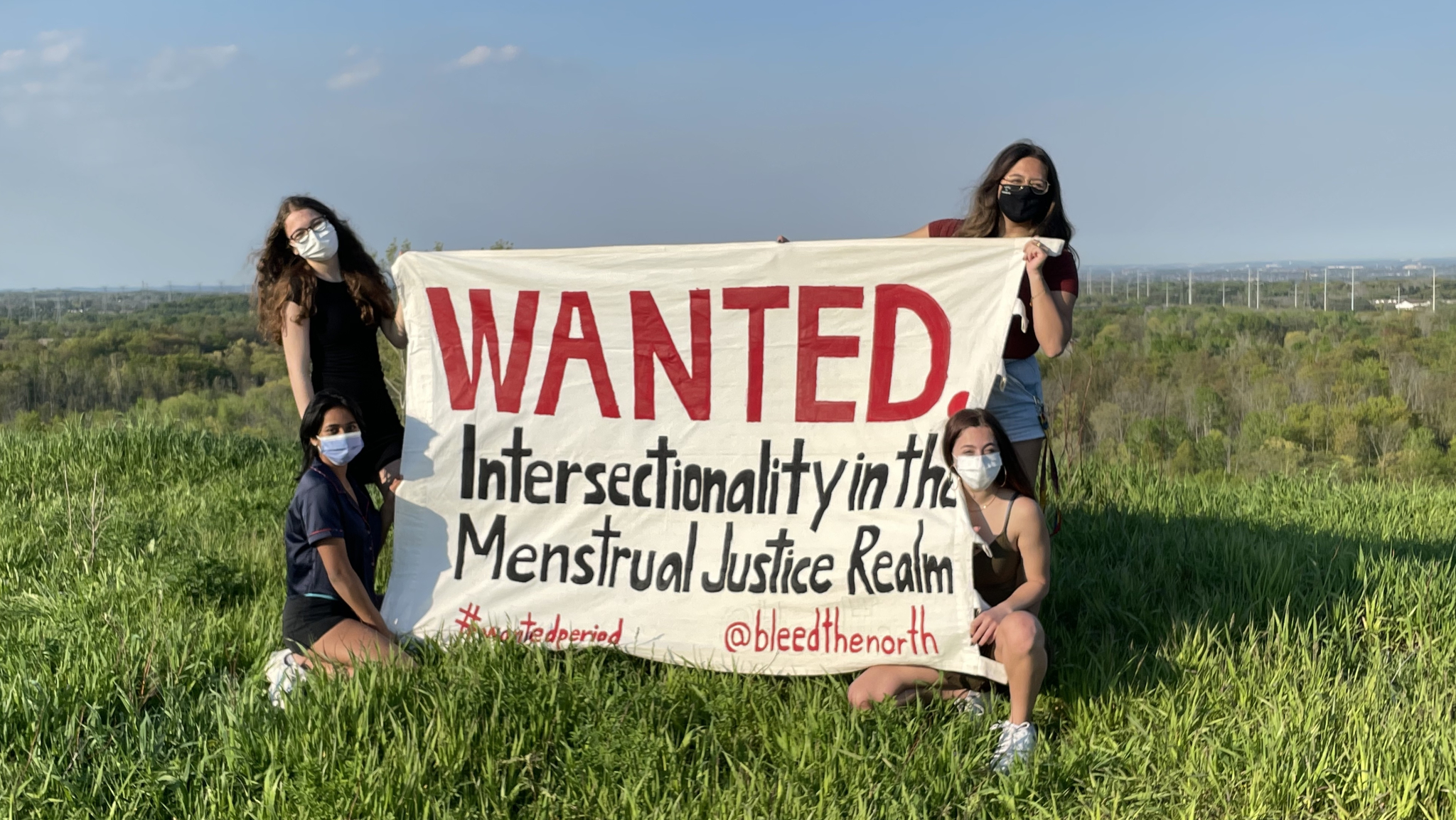 The menstrual cycle does not affect all who experience it in the same way, and the young leaders of Bleed the North want to talk about that.

The high school menstrual justice advocates hosted a virtual event last week, where scores of participants learned what it can be like to get your period while incarcerated, how the process is treated in Indigenous communities and how it is approached by trans and non-binary people.

“Menstruation is usually associated with cis white women,” said Sommerly Grimaldi-Ertl, a Grade 12 student in Sudbury, Ont., who chairs the group’s equity, diversity and inclusion board and spoke at the event.

“When we are trying to educate people, there are so many other facets that have to be considered, especially when it comes to marginalized communities, because these people usually don't have a voice to begin with,” she said.

Someone’s inability to afford pads and tampons can create unsanitary conditions for them, ruin their clothes and stop them from engaging in work and other interactions, for instance.

Lack of access can mean paying double to get products in a remote community, Grimaldi-Ertl said, while prison rights advocate Jessica Kent said it can also mean relying on the whims of correctional staff.

"She (Kent) spoke a lot about how menstruation was very dehumanizing while incarcerated because you needed to beg for products, you needed to prove yourself and prove that you are on your period," said Rhea George, a Grade 11 student who led logistics for the event.

Needing to use menstrual products (or not) can be a minefield for both trans men and women, the panel heard in its longest section.

Even the floral scent attached to many menstrual products was triggering for one of the trans masculine speakers, Bleed the North's vice-president and team lead Mia Medic said. "They got very vulnerable sharing with us about internalized transphobia, dysphoria around menstruation as someone who is trans masc," she recalled.

For #MenstrualHygieneDay2021, @BleedtheNorth shared stories of incarcerated and trans menstruators as its young leaders reach for menstrual justice. #MenstrualJustice

George, whose 10-year-old brother attended the entire event, said he liked the trans panel the best, which she said showed that younger children are able to embrace complex subjects and that sex education should expand beyond basic biology.

"They’re eager, they're ready and that's such a vital age to teach them because they are not so exposed to these stigmas yet,” she said.

“Bleeding is just one part of the menstrual experience and there is just so much more to it,” said George, noting a trans woman on the panel explains that taking hormones had led to her experiencing mood swings and other symptoms of premenstrual syndrome.

The event lasted four hours and involved several breakout opportunities for the roughly 80 attendees to discuss the topics in smaller groups.

The Bleed the North team will be building a toolkit for Grade 5 and 6 teachers over the summer and hopes to present it as a resource for educators during the next school year.

Elle Altman, the group’s marketing lead, said she recalls sex ed at school being jammed onto the end of a health unit where the class was segregated for a somewhat secretive talk.

“Even the discussion itself, reflecting back on it, it was whispered, it was huddled,” she said.

“We got our pads and we rushed to stuff them in our bags, and the boys got deodorant and were waving it around and flaunting it and we had to immediately go and hide them away.”

"menstruators" — UGH! what a