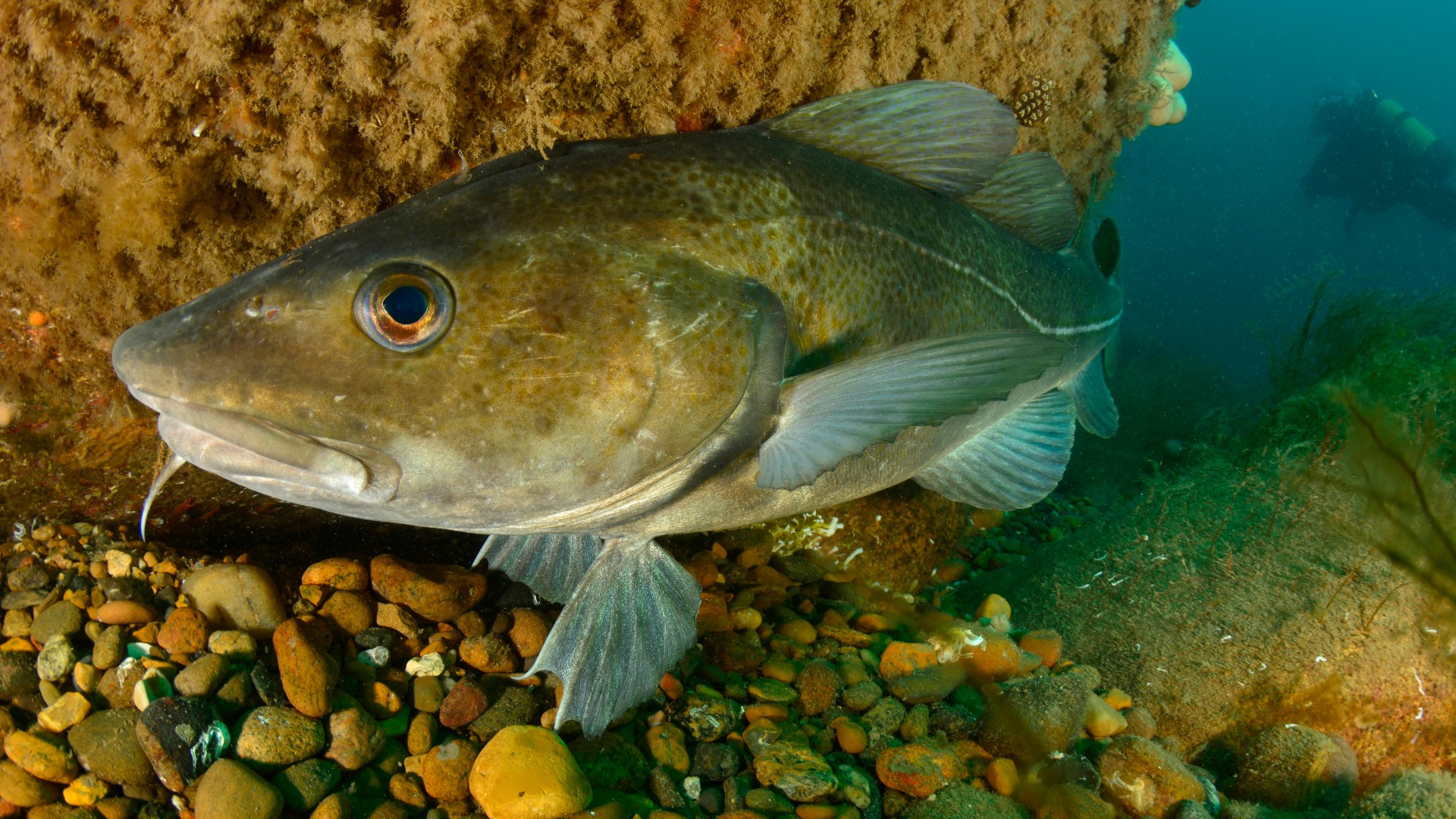 Despite Canada’s low cod stocks over the last three decades, the Department of Fisheries and Oceans has increased the quota this year, allowing for more cod to be caught. Photo provided by Oceana Canada
Previous story
Next story

The Department of Fisheries and Oceans (DFO) has decided to increase the annual Atlantic cod quota despite stocks remaining critically low for three decades, a move Oceana Canada is calling “a recipe for disaster.”

“Here we have a stock that is critically depleted,” said Robert Rangeley, the ocean conservation non-profit’s science director. “The stock hasn't been growing. It's completely stalled and isn't moving out of that critical zone.”

In a press release, Oceana Canada said the increased quota “does not follow the science or good fishery management practices.”

The DFO acknowledged Oceana Canada’s concerns in a statement to Canada’s National Observer, saying: “We continue to be concerned about the stock, recognizing ecosystem factors are playing a significant role limiting stock growth, and know over the next two years the prospects for cod growth appear limited.”

A rebuilding plan has been implemented to promote the growth of the cod stock while also providing “reasonable fishing opportunities,” the statement reads.

The Fisheries Act requires rebuilding plans for depleted stocks like cod, but the cod rebuilding plan is far from perfect, according to Oceana Canada.

Rangeley says the DFO is taking a short-term view of what is really a long-term strategy, which would involve reducing the quota so the cod stocks can rebuild.

“Canadians have entrusted the Department of Fisheries and Oceans to manage our ocean resources,” Rangeley said. “When they are not taking this longer view, and investing in what is best for Canadians, including those fishing communities, I don't think they're doing their job.”

A @FishOceansCAN decision to increase the annual Atlantic cod quota despite critically low stocks is “a recipe for disaster,” says @OceanaCAN. #DFO #SustainableFishing

Problems with managing the Atlantic cod population go back decades. In 1992, Canada's cod stock collapsed, and approximately 35,000 fishermen and fish plant workers lost their jobs. Today, the cod stock is still in the critical zone, meaning fishing should be kept to the lowest possible level until it has improved, according to the DFO.

But this isn’t the first time the department has upped cod quotas. In 2019, the DFO approved a 30 per cent increase in the total allowable catch over the 2018 level, despite indications that the stock had not recovered as much as suggested by DFO stock assessments.

Although reducing the cod quota would impact fishing communities in the short term, allowing the cod to rebound will pay off in the future, research shows.

Adopting precautionary harvest levels to rebuild cod stocks could result in a fishery worth 10 times more than its current value, a 2020 study from the University of British Columbia’s Fisheries Economics Research Unit found.

But right now, the stocks are far from healthy, with cod often appearing “underweight and skinny,” said Rangeley.

The effects of climate change and the declining availability of capelin, a small forager fish that cod and many other species feed on, have led to more cod starving and becoming cannibalistic, Rangeley said.

Capelin stocks are crucial, and although the DFO reduced the capelin quota by 25 per cent, scientists like Rangeley say it’s not enough and are calling for the DFO to pause the capelin fishery.

These little fish are prey for everything from cod to seabirds, and there is not enough new capelin being hatched, said Rangeley.

“We've done the math, and it's literally trillions of eggs are not getting deposited,” he said.

“The growth potential is huge if you give (cod) a chance, and that includes managing their primary prey, which includes capelin.”

In resource-based economies like fishing, taking care of the resource is an investment in the community, said Rangeley.