Statue of Egerton Ryerson smashed and not coming back 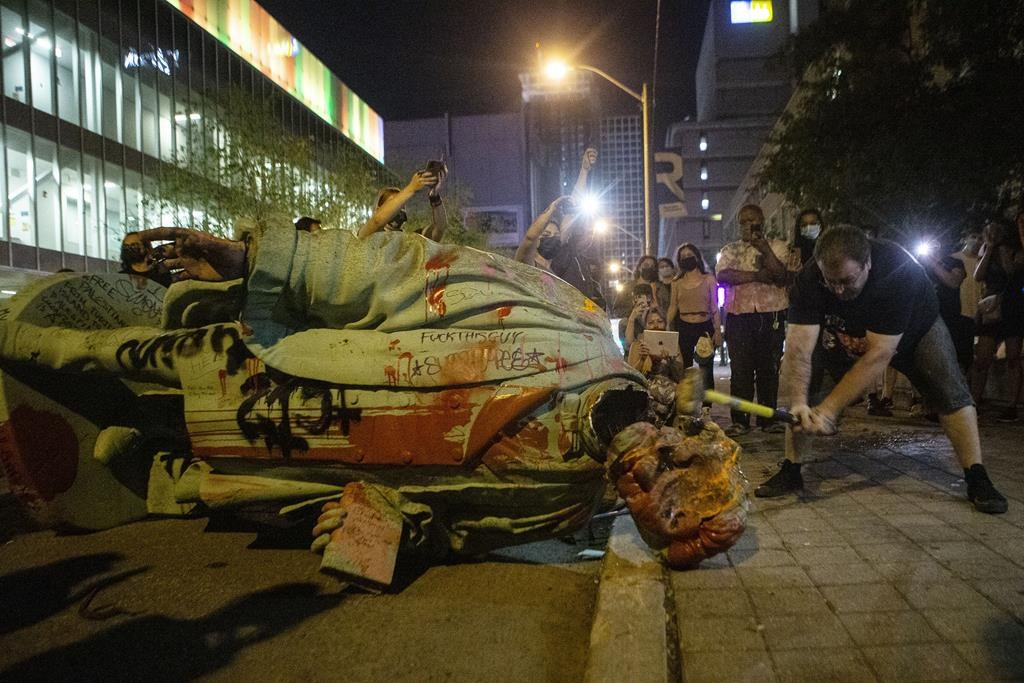 A protester swings a hammer in an attempt to remove the head of the Egerton Ryerson statue in Toronto on Sunday June 6, 2021. Photo by:The Canadian Press/Chris Young
Previous story
Next story

TORONTO — The president of Ryerson University in Toronto says a statue of the university's namesake has been pulled down by protesters and will not be replaced.

A statement from university president Mohamed Lachemi says the statue was felled by demonstrators about an hour after the conclusion of a demonstration protesting the university's continued use of Ryerson's name.

Demonstrators splattered the statue with paint, then cut off the head of the statue, carried it to the lakeshore and lowered by rope into the water.

Ryerson is credited as one of the architects of Canada's residential school system.

His statue had become a rallying point in Toronto following the discovery of what are believed to be the remains of 215 students buried in unmarked graves on the grounds of a former residential school in Kamloops, B.C.

The statement from Lachemi says the statue will not be "restored or replaced," and he is relieved no one was hurt when the statute was brought down.

Toronto police say the removal of the statute is under investigation.

Mayor says new monument should reflect 'good, bad and ugly' of Canada's past