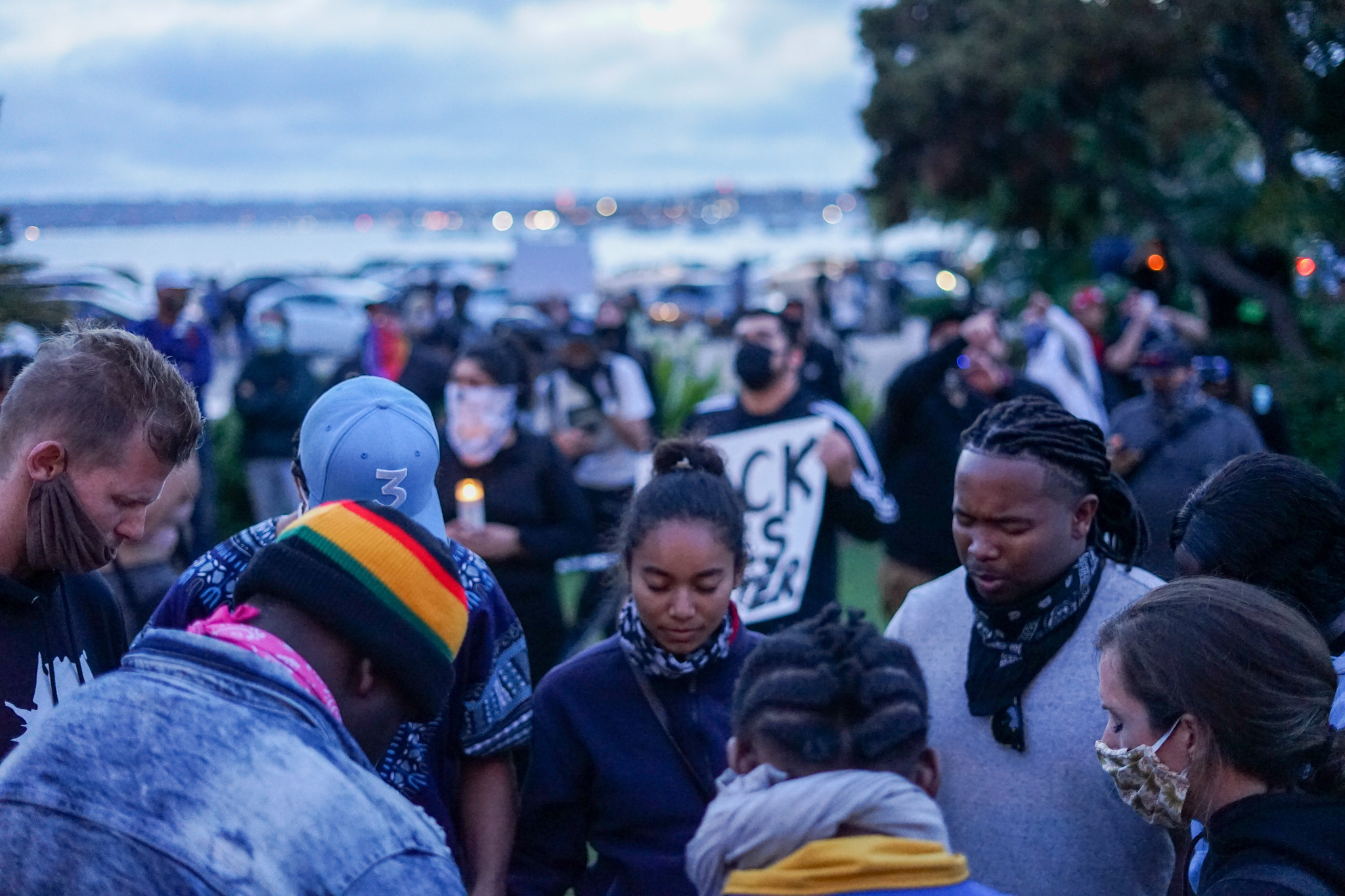 Hate, as a concept conjured in my mind growing up, was always something rabid — frothing, feral and unrelenting, like the monsters in P. Djèlí Clark’s acclaimed dark fantasy novella, Ring Shout, in which Ku Klux Klan members are transmuted into carnivorous, pointy-headed demons that feed off rage and loathing.

As one of a handful of Black kids in my rural Ontario town, hateful acts were occasionally directed my way: violent ideations scribbled on notes, slurs shouted down the sidewalk, spitting from the school bus window. The more this happened, the less safe I felt walking around town or even being in my own home. One year, in my high school library, I happened across a book detailing the history of the Klan in Saskatchewan. It was the start of a deep curiosity and fear. Sometime later, I found myself down a YouTube rabbit hole of videos about former white supremacists who changed their ways. Hate, I realized, could be unlearned.

But as anti-Asian hate crimes surge under pressure from COVID-19, many politicians haven’t learned the anti-racism lessons of the past year.

Despite calls to defund the police in the aftermath of George Floyd’s murder by a Minneapolis police officer last May, U.S. President Joe Biden signed the COVID-19 Hate Crimes Act. The law includes some public education, but its focus is more on how law enforcement handles hate crimes.

Here in Canada, one year after the death of Regis Korchinski-Paquet during a police mental health check, the federal government is sticking with police, albeit with an agenda to reform. Meanwhile, Jagmeet Singh’s federal NDP is promising to “work immediately to ensure that all major cities have dedicated hate crime units within local police forces.” Not the most progressive proposal, considering that Black and Indigenous people face a disproportionate risk of being killed by police. (Maybe that’s why more palatable wording adorns an anti-hate petition the party is running to ask Ottawa, among other things, to fund “hate crime units in every community.”)

Both Singh and Biden have come under fire for ignoring police violence and the root causes of racism. Dropping more money on law enforcement merely invites racialized people to step into the ring with hate’s equally noxious cousin, institutionalized racism.

But it’s more than that. Policing isn’t actually effective at stopping hate. Racially motivated hate crimes reported to police numbered 502 in 2006, climbing to 611 by 2014 and reaching 876 in 2019 (numbers research shows are likely underreported by two-thirds). Over the past year, the Vancouver police alone are reporting a 717 per cent in anti-Asian hate crimes.

Truly preventing hate will require something radically different than what police and politicians are offering. No one prescription will do it. We need multiple approaches to build collective resilience. If we don't, future crises may once again embolden hate speech and turn up the heat on underlying prejudices that boil over into violence. We’ve seen this before: post-9/11 Islamophobic hate, the Rwandan genocide.

Resilience means thinking systemically about how to support and ensure equity for marginalized communities, says Vivek Venkatesh, a UNESCO Chair on the Prevention of Radicalization and Violent Extremism. I reached him in Montreal, where he studies the issue as director of Project Someone, an education initiative that encourages dialogue about hate.

One overlooked — and underfunded — approach in Venkatesh’s eyes is exclusive space for racialized groups to process and heal together. Indeed, members of the Asian diaspora have described the solace of finding validation in such spaces, like one Vancouver dance teacher who hosted a virtual dialogue for students to talk about what safety means to them.

Experiencing hate is deeply personal, but the effects are systemic and long-lived. One crime can ripple across a community, stirring up pain and fear. Witness the current moment, as our country mourns 215 Indigenous children who were stolen and died far from their families at a B.C. residential school.

We don’t have to carry that burden alone. Community organizers are coming together to advocate for anti-racism initiatives, lead bystander training, participate in community-based reporting, and distribute toolkits for handling hate without calling the cops.

But what to do about the haters?

Venkatesh urges compassion. Create spaces to “help them work through those emotions, and not necessarily stigmatize hate as something that is alien to humans,” he says. Developing empathy helps extremists disengage from hate, Project Someone research shows.

Restorative justice, which focuses on repairing harm instead of punishment, is one model that has been shown to work. Take, for example, Sulah, a collaboration between advocates for Muslim women experiencing Islamophobia and restorative justice experts in Ontario. Sulah brings willing parties together to talk things out. The goal is that the offender will learn to empathize with the survivor, and stop spreading hate.

Of course, not everyone wants to meet with their abusers — that’s important. Survivors shouldn’t be forced to educate racists and must be free to express their anger (a powerful status quo disruptor). Folks who are keen, like Venkatesh, can extend olive branches. But we don’t all need to play the same role. We just need to pull in the same direction.

There’s no magic sword to slay demons of hate, literal or literary. So, after more than a century of colonial policing that's zero for two on preventing hate and protecting all people, surely it's time to try something new?