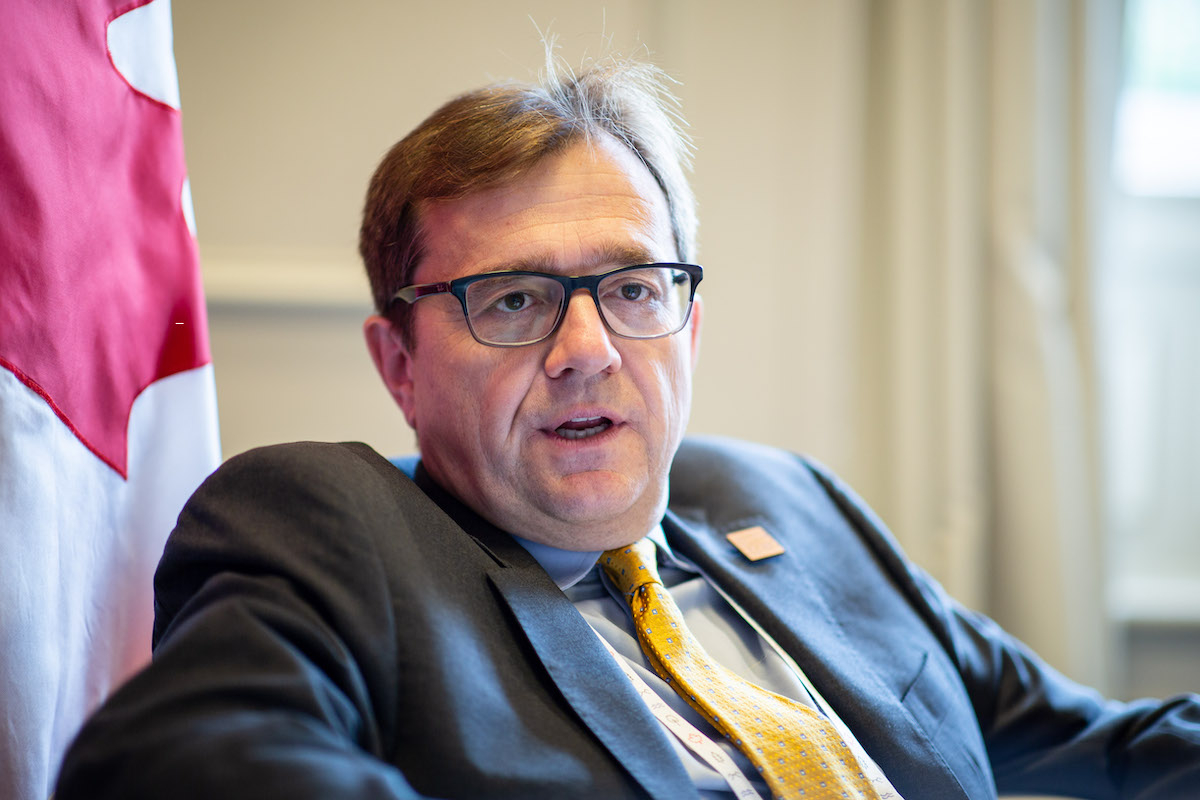 Environment and Climate Change Minister Jonathan Wilkinson told the Senate Wednesday there will be no new accountability mechanisms in the proposed climate accountability bill inching its way through the House of Commons.

Wilkinson said Bill C-12, an act respecting transparency and accountability in Canada’s efforts to achieve net-zero greenhouse gas emissions by the year 2050, introduces accountability by requiring environment ministers to table detailed public plans to reach climate goals. But when pressed if there was actually a mechanism that would hold them to account, he admitted there wasn’t.

"The very name of the act incorporates words like ‘transparency’ and ‘accountability,’ but I’m not seeing an actual accountability mechanism, and so can you tell us how you see this act going beyond nice words on a piece of paper?” asked Sen. Paula Simons.

“In a democratic society, the ultimate determinant of accountability is the electorate, but (C-12) forces this to be fully public and top of mind for all governments moving forward,” Wilkinson said.

He then appeared to take a shot across proposed Green Party amendments that could have opened government up to consequences for missed targets by saying he disagrees with penalty mechanisms.

“If you think that requiring the minister of the environment of the day to step down or face some kind of penalty is actually going to do anything, that is, in my mind, not correct,” he said. “You may have a government that comes into power one year before the milestone and misses the milestone, so what have you accomplished by doing that?”

Later in the committee, Sen. Paul Massicotte noted this isn’t the first time Canada has set goals to improve its climate record, and because the issue of climate change is “non-negotiable,” he said this bill needs “something serious” in terms of accountability to not suffer a similar fate of irrelevancy.

“I don’t accept the premise this is similar,” Wilkinson shot back, before repeating the public can hold government accountable through elections. He also suggested the public will only increasingly care more about climate change, incentivizing government action.

The proposed bill is expected to pass the House of Commons when it arrives, but for over a week, the environment committee has been bogged down in a clause-by-clause review of the bill, leading the David Suzuki Foundation, Ecojustice, West Coast Environmental Law and other climate groups to write an open letter calling for the committee to send the bill back to the House for a vote in hopes it becomes law before the summer recess.

At the same time, the Green Party has accused the Liberals and NDP of teaming up to “ram” the bill through committee, dulling any teeth it might otherwise have.

On paper, the bill would require the minister of the environment to set GHG reduction targets every five years out to 2050, starting in 2030. An amendment originally proposed by the Greens, but shot down and replaced by a virtually identical amendment supported by the Liberals and the NDP, will require targets set a decade in advance. The 2030 target is a 40 per cent reduction from 2005 levels.

Top among the bill’s criticisms is that it lacks a carbon budget; a key measure successfully used in other countries like the United Kingdom to curb GHG emissions. In fact, the U.K.’s Climate Change Act 2008 is often cited as the “gold standard” among Canada’s peer countries specifically because it uses carbon budgets, leading critics to question why they are nowhere to be found in C-12.

Further, during a recent environment committee hearing, Liberal chair Francis Scarpaleggia ruled that an amendment proposed by the Green Party that would add carbon budgets was “out of order” because it was a concept beyond what existed in earlier drafts.

“I'm not arguing the merits of carbon budgets, but if the minister had wanted to bring in carbon budgets, he would have mentioned it somewhere in the bill,” Scarpaleggia said of his rationale.

“I'm surprised, Mr. Chair, that you have been advised this is beyond the scope of the bill. Carbon budgeting has been requested by virtually every climate organization within Canada, certainly the members groups of the Climate Action Network and numerous others,” Green Party parliamentary leader Elizabeth May replied at the time.

Even though carbon budgets are the defining characteristic of the U.K.’s and other country’s accountability bills, Wilkinson told the Senate that C-12 was in line with Canada’s peers.

“It is in many respects very similar to legislation that already exists in the United Kingdom, New Zealand, France, Sweden and a number of countries,” he said, without detailing what those similarities are.