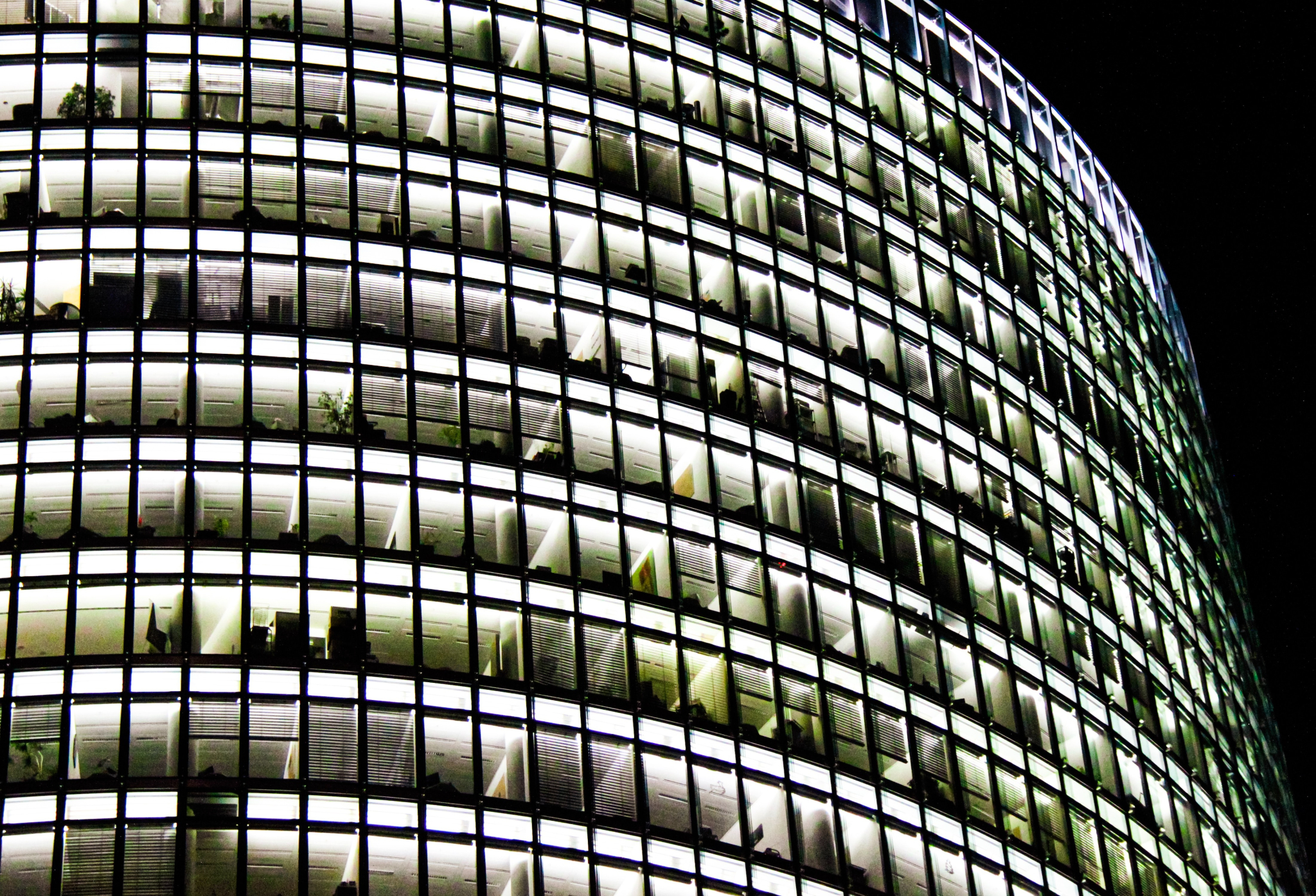 Lots of companies are locked into long-term commercial leases, but over the next decade, may reduce their workspaces by anywhere from 25 per cent to 75 per cent. Photo by Tanja Cotoaga / Unsplash
Previous story
Next story

Remote work is here to stay — and that’s good news for the climate.

Take the case of Manulife Financial, which has already announced its intention to move to a hybrid work arrangement. With 9,500 employees across Canada, how Manulife implements its hybrid strategy will significantly impact its carbon footprint. If a company like Manulife brings employees back four days a week, that reduces its emissions by about 5,000 tonnes of C02 a year, the equivalent of taking 1,000 passenger vehicles off the road. When a company that size shifts to a schedule where employees only come in two days a week, we triple that impact and save the equivalent of 35,000 barrels of oil.

Scale that up to employers across the country, and you can see the potential gains.

About 40 per cent of Canadian workers are in jobs that can be done remotely, at least in theory — that’s the percentage who worked remotely during COVID-19. That’s 6.8 million employees, and if all those worker bees return to the workplace full-time, each commute releases on average 2.3 kilograms CO2e (CO2 equivalent), for a total of 3.7 megatonnes CO2e per year. If those employees return to the office an average of four days a week — with remote as an occasional or minor perk — we save 782,000 tonnes CO2e over 2019 levels, which barely dents Canada’s current annual growth in GHG emissions.

But cut that back to an average of two days a week, and we see a savings in 1.6 million tonnes CO2e from reduced commute times alone. That’s almost enough to counteract our current rate of GHG emission growth, which increased by two million tonnes between 2018 and 2019. Taking a remote-first approach to hybrid work could be the difference between continuing to expand our carbon footprint and keeping our output constant.

Reducing the impact of daily commuters is the most immediate and obvious climate benefit from embracing part-time remote work. A more profound shift will take place when employers consolidate their office holdings to reflect a new reality where more employees work from home on any given day. Lots of organizations are now locked into long-term commercial leases, but over the next decade, may reduce their workspaces by anywhere from 25 per cent to 75 per cent. We generate approximately a tonne of C02 for every 11 square metres of commercial real estate just from the energy costs of running an office, and reducing that real estate footprint by 75 per cent could potentially save 18 megatonnes of CO2e. That’s like taking nearly four million cars off the road, more than one in every six now in use across the country.

If that real estate consolidation leads to a reduction in new building construction, there’s another win — because the construction of commercial real estate adds something like 2.4 million tonnes of GHGs to the atmosphere every year. Slow that construction by half (which may be conservative, because we are going to have years of excess commercial real estate before we catch up to all the space freed by the shift to remote work), and you’re taking another 1.2 million tonnes of GHG out of Canada’s footprint.

Other impacts are more ambiguous. For example, how might the shift to remote work affect daily habits and energy consumption? Maybe home-based workers will do more shopping in local shops, which have an energy footprint of roughly five kWh per square foot, and less in big downtown commercial malls, which utilize a more intensive 22 kWh per sq. ft. Or perhaps losing the commute will mean fewer people stopping for a morning jolt at the coffee shop, where a cup of coffee (or tea) has a carbon footprint twice the size of a cup made at home. If that’s replaced by home-based workers heading to their neighbourhood café, the carbon impact will depend on whether they pick up a cardboard cup and head back home, or sit and linger over a reusable mug.

And that’s just the tip of the iceberg. Consider that the average office worker buys lunch from a restaurant or food vendor twice a week. Since we know a typical restaurant meal generates 3.67 times as much carbon as one prepared at home, making lunch at home on remote days could reduce GHG by another nine megatonnes, the equivalent of taking another two million cars off the road.

Reducing the impact of daily commuters is the most immediate and obvious climate benefit from embracing part-time remote work, writes @awsamuel for @NatObserver. #ClimateCrisis #COVID

We can even imagine bigger gains, resulting from more ambitious, long-term shifts in the urban landscape. If a significant portion of commercial real estate is repurposed as residential, more people will live closer to work, enabling them to commute via bike or foot on the two or three days they go into the office.

Get even more imaginative — what if some of that disused commercial space was turned into urban greenhouses? Steps like that produce bigger gains by reducing a city’s dependency on trucked-in food. While there’s some debate over the potential carbon savings from this kind of urban farming, there’s no question it can reduce the pressure on agricultural land (and potentially avert deforestation) and contribute to greater urban self-sufficiency.

Of course, all the reductions we see in workplace carbon may have an opposite, if not equal, effect at home. As we saw during COVID, shifting to home-based work drives up home energy usage, though not nearly as much as it reduces energy use in the workplace; electricity demand declined by five to 10 per cent across multiple provinces. People may want larger homes with home office space (leading to a spike in residential construction). And once we’re comfy at home, we may do more of our shopping online, and drive up the already startling 51.17 million tonnes of CO2e emitted globally by Amazon alone.

While it’s possible to conceive of ways in which remote work will generate some carbon impacts of its own, it’s hard to picture those coming anywhere close to the roughly 20 megatonnes we stand to save from commuting, workplace energy and construction reductions alone. Over the past year, we saw that increased domestic energy use only amounted to 25 per cent of what was reduced in the commercial sector.

Yes, a 20-megatonne reduction only gets us 10 per cent of the way towards our Paris target of reducing Canada’s GHGs by 200 million tonnes a year, but when you consider all the big, politically controversial measures that promise even smaller reductions, remote work looks like one of the biggest easy wins on climate. It’s hard to think of another measure that could deliver such significant carbon reductions with so little discomfort; after all, it’s a change we already know we can make.

And all of that is before we start to think about the social benefits of remote work, which could be a crucial asset to relocalization, enriching our local communities and economies with community members who spend their days shopping and volunteering in their local neighbourhoods, walking their kids home from school, and reconnecting with a way of life that values connection and community over community and consumption.

Yes, committing to remote as our primary way of working is a big change — but it’s one we’ve already tried for the past 14 months with apparent success. Four of five new remote workers say they want to keep working remotely at least half-time after the end of the pandemic. If you buy into the need to surpass Paris targets, this is one of the most politically, socially and economically feasible ways we can move in the right direction.

Jesse Wickstrom contributed to the research and calculations for this piece.

Alexandra Samuel is the author of Remote, Inc: How To Thrive at Work Wherever You Are and an independent technology researcher and data journalist.