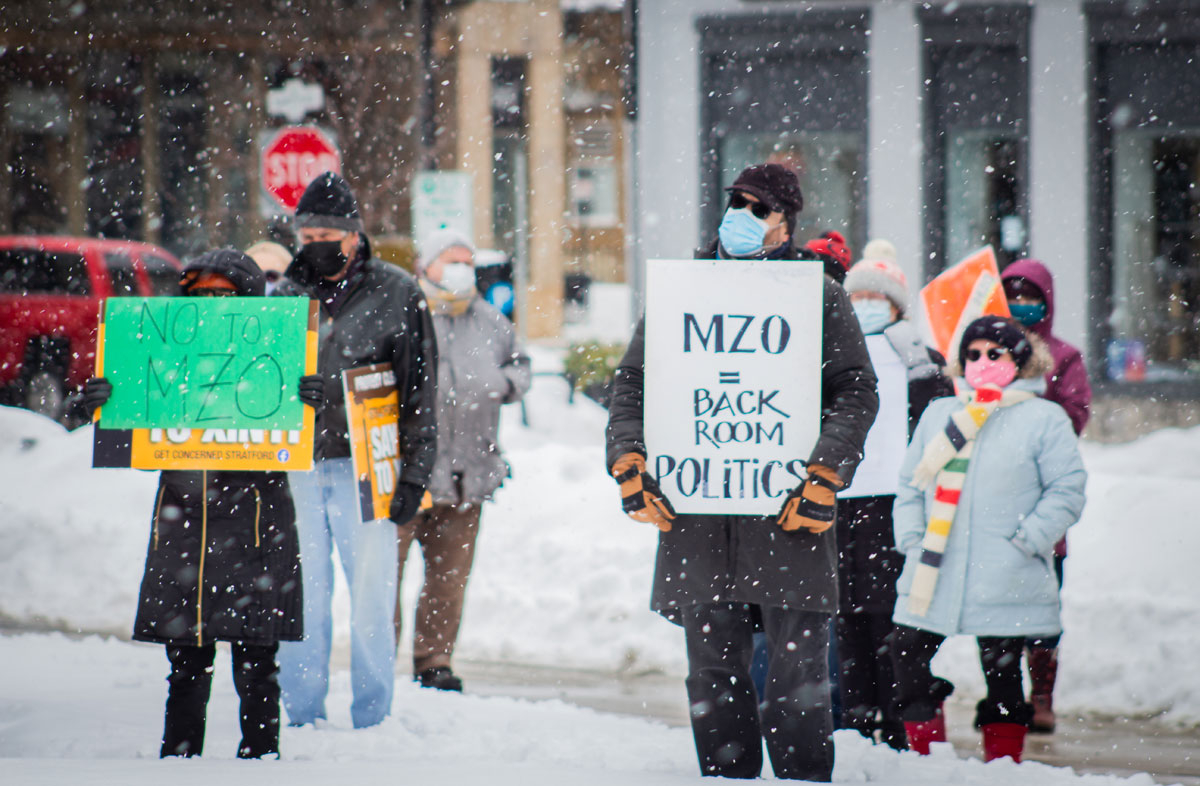 City councillors in Stratford, Ont., failed to follow transparency rules when they voted behind closed doors to seek a controversial land zoning order from the province, an independent investigator found.

The findings revolve around Stratford city council’s attempt to fast-track a since-cancelled glass factory ⁠— a project that ended up becoming a headache for the Doug Ford government as well. The report, made public Friday afternoon but dated May 11, found councillors in the city two hours west of Toronto broke a municipal bylaw and a provincial rule that mandates council meetings to be as open to the public as possible.

Council made the decision to vote in a closed meeting on “good faith, but mistaken belief,” investigator John George Pappas of Aird & Berlis LLP, a law firm contracted to do the report, wrote. Exceptions to municipal disclosure rules don’t give the city “blanket permission to shield its closed meeting discussions behind generic resolutions,” he added.

“The city must engage in the delicate exercise of balancing openness and transparency, on the one hand, with protecting the city’s interests in the closed session item, on the other.”

Mike Sullivan, one of the residents behind grassroots group Get Concerned Stratford — which filed the complaint that sparked the investigation late last year ⁠— said the report shows the city is “guilty.”

“That discussion of council should have been in public,” he said.

MZOs allow Ontario Municipal Affairs Minister Steve Clark to skip the normal land use planning process and make an unappealable decision about how land can be used. Previous governments used the mechanism sparingly, but the Ford government has come under fire for using dozens per year. (The province has said it uses the order at the request of municipalities.)

The Progressive Conservatives used MZOs to override environmental concerns 14 times between 2018 and 2020, a National Observer investigation found earlier this year. The province has since approved more of the orders, bringing its total to 44.

City councillors in Stratford, Ont., shouldn't have voted behind closed doors to seek an MZO from the province, an independent investigator found. The findings revolve around a since-cancelled proposal for a controversial glass factory. #onpoli

Of all the Ford government’s MZOs, the one issued for the Xinyi proposal has been among the most contentious.

Some of the local frustration revolved around environmental concerns: the $400-million factory would have made greenhouse gas emissions-intensive float glass, which is used for windows, and would have impacted the local water supply. Citizens in the township of Guelph-Eramosa voted against a similar Xinyi proposal in 2018.

But citizens were also upset that council made the decision to request the MZO without notifying the public.

“For some people, they felt deeply betrayed,” Loreena McKennitt, an acclaimed singer-songwriter who founded Wise Communities, one of the local groups opposing the development, previously told National Observer.

Get Concerned Stratford and Wise Communities organized protests over the MZO from November 2020 to early 2021. In December, with tensions high, Mathieson said he regretted asking for the MZO.

In February, Xinyi announced it had decided to suspend the project indefinitely and Mathieson wrote to Clark to ask the minister to revoke the MZO. The province consulted the public for 30 days about revoking the order, but hasn’t yet made a final decision.