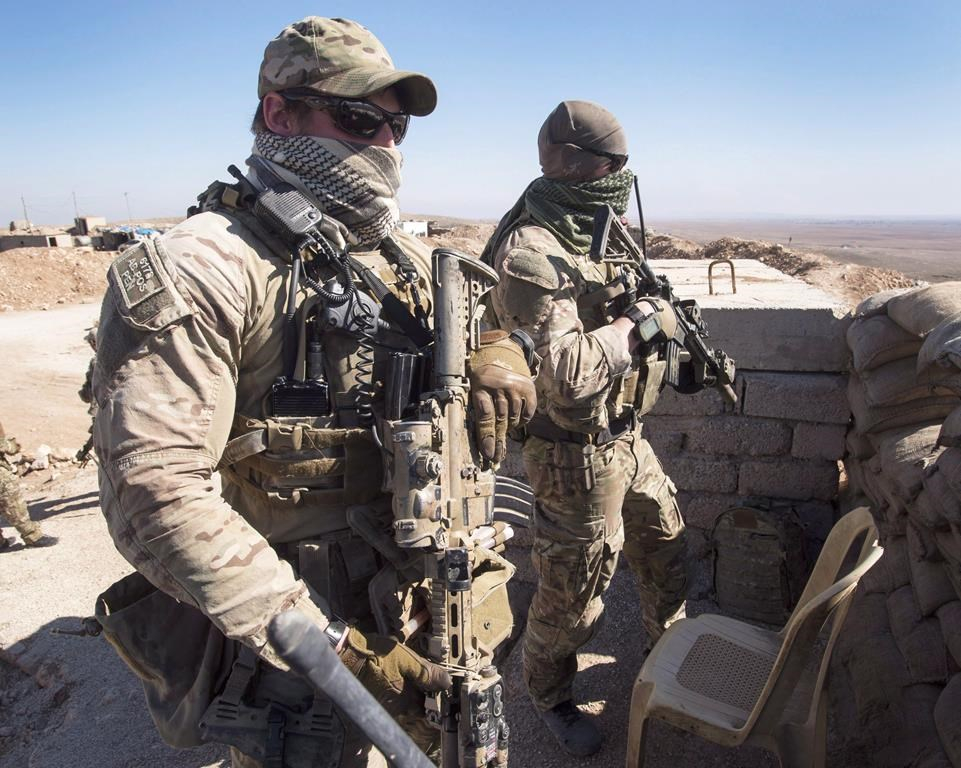 OTTAWA — The federal Liberal government is facing calls for an independent inquiry following allegations the military failed to respond to a complaint three years ago that Iraqi forces being trained by Canadian troops had committed war crimes.

NDP defence critic Randall Garrison suggests the complaint and concerns about the vetting of other Iraqi forces working with Canada are part of a disturbing pattern going back at least a decade, which is why he believes an independent probe is needed.

“What I've seen over time is that rank and file Canadian troops and lower levels of the officer corps have brought these issues to the attention of senior leaders, and senior leaders appear to have a pattern of telling people just not to pay attention,” he said.

“Why is that happening? I think there needs to be an independent inquiry. Is this the fault of certain senior leaders? Or is there something systemic here that causes us not to uphold international (law) and even our own national law?”

Military police are currently investigating the handling of an incident in September 2018, where Canadian soldiers were helping with the enrolment of 270 Iraqi troops for a U.S.-led training mission near the northern city of Mosul.

An internal report obtained by The Canadian Press and first reported on by Postmedia says the Canadians were shown videos of war crimes and human rights violations being perpetrated by the Iraqi troops they were there to train.

Yet when the Canadians raised the issue with their commanders, according to the report, they were told the matter would be dealt with and that they were to ignore the videos and “carry on.”

One of the soldiers involved said he tried to raise the issue with his commanders on three different occasions, but that he and other members of his unit “remain uncertain whether appropriate action was effectively taken.”

A separate, secret memo obtained by The Canadian Press shows then-defence chief general Jonathan Vance was warned in January 2020 that the vetting of Iraqi security forces with whom Canadian troops might have interacted lacked “sufficient depth.”

Garrison says the recent concerns are a continuation of issues first raised in Afghanistan more than a decade ago, when the military was accused of having transferred detainees to local authorities despite knowing they might be tortured.

That is why he believes the inquiry should also include a fresh look at what happened then. Defence Minister Harjit Sajjan, who previously served in Afghanistan, rebuffed NDP calls in 2016 for such an inquiry into the Afghan detainee affair.

“Things that were war crimes came to the attention of Canadians, were referred up the chain of command, and nothing happened,” Garrison told The Canadian Press.

Conservative defence critic James Bezan in the House of Commons on Thursday questioned the government’s decision to extend Canada’s mission in Iraq given concerns about the Iraqi forces working with Canadian troops.

“Canada is contributing to greater peace and security in the world and remains a strong partner in the fight against (the Islamic State of Iraq and the Levant),” Sajjan's parliamentary secretary Anita Vandenbeld told Bezan.

“We are committed to meeting our obligations under international and domestic law. The Canadian Armed Forces is no longer operating with the Iraqi security forces related to these allegations.”

Experts say it is not surprising that Canadian troops found themselves interacting with Iraqi soldiers who may have committed atrocities given the country's recent history, and that part of their mission is to prevent such behaviour in the future.

“This sounds kind of maybe counterintuitive, but it just reinforces how much we're needed there,” said Bessma Momani, an expert on Middle Eastern politics at the University of Waterloo.

Yet both Momani and fellow Middle East expert Thomas Juneau from the University of Ottawa said the reports underscore the need for better transparency and accountability when operating in such environments — and with such partners.

“The government should be more transparent with Canadians about the challenges involved in the mission in Iraq, and about what we are trying to accomplish,” Juneau said in an email.