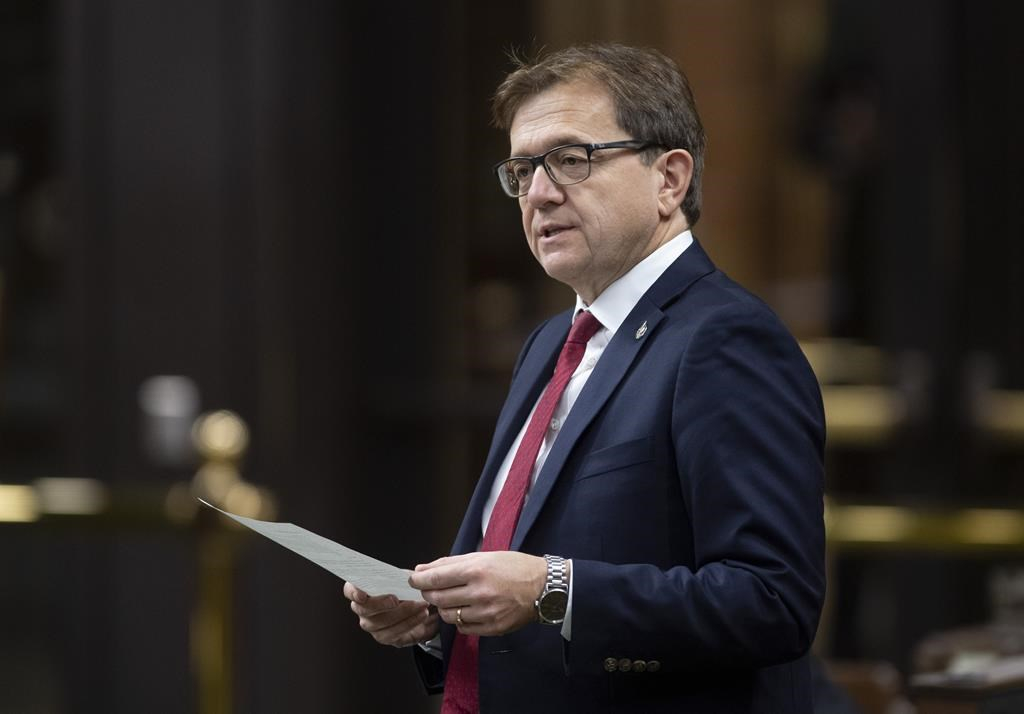 Environment and Climate Change Minister Jonathan Wilkinson responds to a question during Question Period in the House of Commons Thursday, Nov. 19, 2020 in Ottawa. Photo by: The Canadian Press/Adrian Wyld
Previous story

The federal government is making it more difficult to develop thermal coal in Canada with a new policy that says all such mines create "unacceptable environmental effects."

The move erects another roadblock for Coalspur Mines and its Vista mine expansion in Alberta, the only such mine in Canada currently before regulators.

Federal Environment Minister Jonathon Wilkinson said the move was made because of the need to stop burning coal for power — the single greatest source of greenhouse gases in the world.

"Phasing out thermal coal is the most critical climate change issue right now," he said.

The policy, released Friday, does not rule out such development. But approvals will be tough to get.

"The government of Canada considers that any new thermal coal mining projects, or expansions of existing thermal coal mines in Canada, are likely to cause unacceptable environmental effects," it says. "This position will inform federal decision making on thermal coal projects."

It says the federal cabinet must consider sustainability and climate change in weighing any new projects, regardless of size.

"What we're saying is this is something that does not fit from a public policy perspective," Wilkinson said. "A proponent can continue on through the process, but that's a pretty high bar to surmount."

Coalspur's Vista mine expansion project near Hinton, Alta., which would be the largest thermal coal mine in North America, has filed an application to the provincial regulator. Wilkinson has ruled the project should face a federal environmental assessment, although Coalspur is challenging that decision in court.

The company has been informed the new policy will apply to it, Wilkinson said. He added the policy gives more certainty to other companies considering similar projects.

Wilkinson said he believes the new policy lies within federal power despite its impact on natural resources, a provincial jurisdiction.

Feds release policy that will move toward the phase-out of #thermalcoal production. #cdnpoli

Canada is a founding member of the Powering Past Coal Alliance, a group of countries trying to reduce the use of thermal coal around the globe. Wilkinson said permitting new mines would harm Canada's efforts in that forum.

"We've been the leader in the international community telling other countries that they should be phasing out thermal coal — and then we approve new thermal coal mines? People would say that doesn't make any sense."

The new policy does not affect metallurgical coal, the type of coal found in most of the controversial new coal exploration projects in the Alberta foothills.

The federal government has been asked to step in on many of those projects. Wilkinson has until July 1 to decide if he will request a federal assessment for Montem Resource's Tent Mountain mine.

"(Thermal coal) is a short-term issue," he said.

"Our commitment with other countries is to help them phase out (coal) nine years from now. That's not much time."

Canada has promised to phase out the burning of coal for power by 2030.