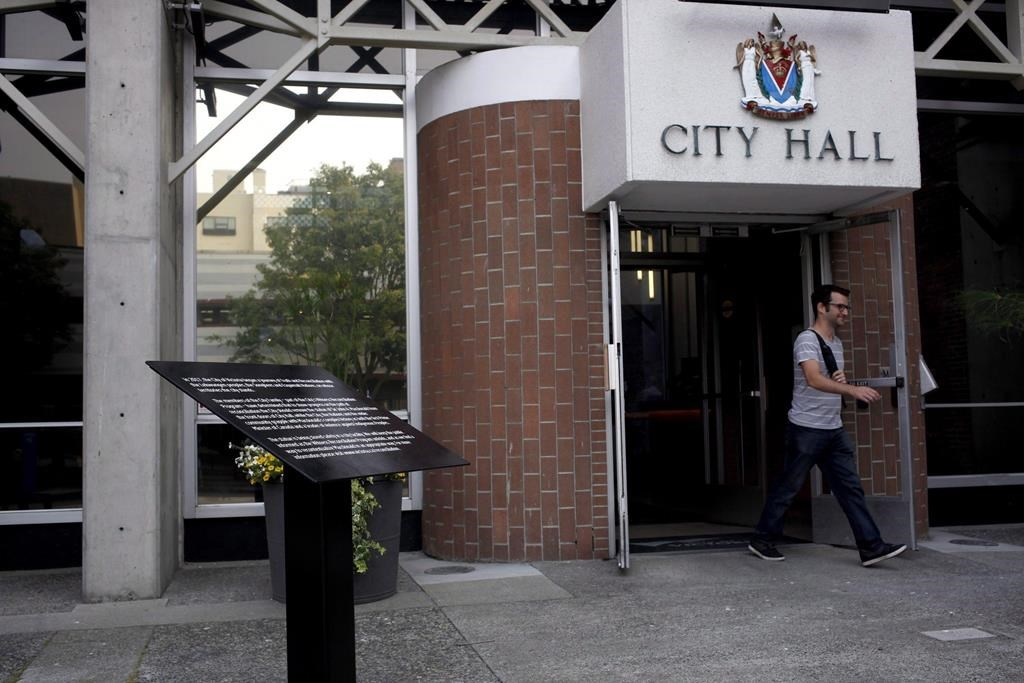 A child walks by the Canadian Mosaic Project as people celebrate Canada' Day in Victoria on Saturday, July 1, 2017. Photo by: The Canadian Press/Chad Hipolito
Previous story
Next story

VICTORIA — The City of Victoria's plan to cancel its Canada Day broadcast has been welcomed by a group representing First Nations in Saskatchewan as helping recognize the pain Indigenous Peoples are feeling.

City council voted to scrap the virtual Canada Day celebration following the discovery of what are believed to be the remains of 215 students buried on the site of the former Kamloops Indian Residential School. The Tk'emlups te Secwepemc First Nation announced last month that ground-penetrating radar had located what are thought to be unmarked graves.

The news has sparked national outrage and prompted calls for the federal government and the Roman Catholic Church to investigate more potential school burial sites.

David Pratt, vice-chief of the Federation of Sovereign Indigenous Nations, welcomed the decision from Victoria, saying it would be a "really good idea" to cancel Canada Day celebrations. The federation represents 74 First Nations in Saskatchewan.

"We're collectively mourning right now and in grief, and a lot of old wounds have been dug up and reopened because of this."

A number of Indigenous communities have released statements saying they won't celebrate Canada Day, he said.

"It will, in fact, be a day of mourning for their community," Pratt said.

The city said in a statement that the celebration will be replaced by a broadcast to air in the summer guided by the Lekwungen people and featuring local artists. It will look at what it means to be Canadian.

"While everyone will mark Canada Day in their own way on July 1, now is a time where the city can take leadership and provide an opportunity for thoughtful reflection and examination of what it means to be Canadian in light of recent events and what we already know from our past," she said.

#Indigenous leaders in #Saskatchewan call on other cities to do as #Victoria did and cancel Canada Day. #indigenousrights #reconciliation

But British Columbia Premier John Horgan said he does not support the call to cancel online celebrations on July 1, saying people were looking at that day to put COVID-19 behind them and starting the summer.

"I know on the 21st of June, National Indigenous Peoples Day, would be a more appropriate time for us to collectively focus on how we can redress the wrongs of the past and build a brighter future together."

Nelson Wiseman, a political science professor at the University of Toronto, said Canada Day is celebrated in different ways across the country.

"People can make with Canada Day whatever they want," he said in an interview.

"I don't think you can build Canada Day around one theme."

People have varying perceptions of what Canada Day is all about, Wiseman said. The day could be about the country's Indigenous roots, the English, French or multicultural character of the country, or its openness, he said.

"It's different for different people every day of the year, not just on Canada Day."

— By Hina Alam in Vancouver. With files from Julia Peterson in Saskatchewan.