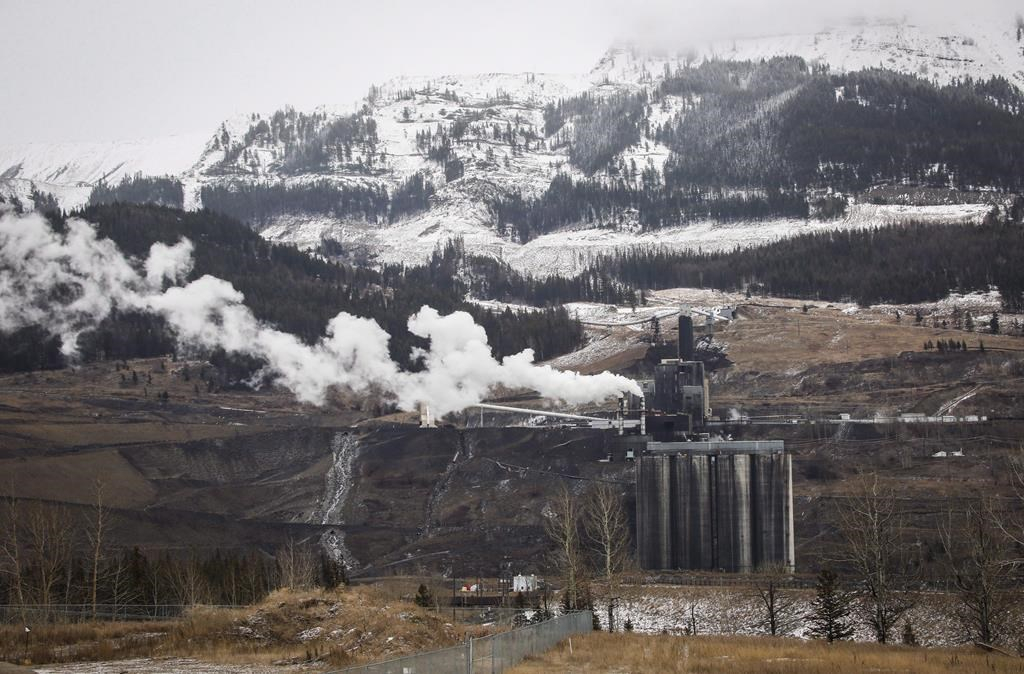 A coal mining operation in Sparwood, B.C., is shown on Wednesday, Nov. 30, 2016. Photo by: The Canadian Press/Jeff McIntosh
Previous story
Next story

"The best available information indicates that the magnitude of long-term liabilities to water resources ... are likely to exceed any short-term economic benefits," says the report from the Alces Group, an ecological consulting firm.

Alces, hired by landowners near where coal mines are being explored, says current methods to remove toxins such as selenium from water flowing over mine sites are unproven over long periods of time and large areas. It says new mines would increase stress on water supplies, especially as southern Alberta's population grows and climate change alters rain and snow patterns.

It estimates new mines will only be one-quarter reclaimed within 50 years. Even reclaimed, those sites aren't likely to return to what they were.

And it concludes the government has failed to consider the cascade of environmental effects that coal mining would create, especially in combination with forestry and energy development.

"The relative absence of a meaningful discourse with a broad range of stakeholders left some of those stakeholders with no choice but to reach out to the scientific community outside of government and say, 'Please help us,'" said Brad Stelfox, lead author of the report.

"There is a large number of very good scientists inside the government of Alberta that are deeply concerned about this issue and ... have told a very similar story. I don't think that story is very palatable at senior government levels."

The 175-page Alces report, commissioned by the Livingstone Landowners Group and presented to the province's coal consultation committee, focuses mostly on water impacts such as selenium contamination.

Stelfox and his colleagues question industry suggestions it can remove 95 per cent of selenium, which is toxic to fish in large doses.

"We have been unable to find evidence that companies mining high-selenium coal deposits of this type can consistently achieve these attenuation levels at full operational scale," the report says. Assertions that they can must be subject to "the greatest skepticism."

New #coal mines in the #Alberta foothills will cause more potential damage than they are worth, huge new study reports. #abpoli

If all eight mines under consideration in the Oldman River watershed go ahead, they could account for 40 per cent of the flow of those streams during the summer, when flows are lowest. The report notes water use for agriculture and residences is already forecast to increase 46 per cent between 2006 and 2030, even as climate change shifts the timing and amount of precipitation.

Research on U.S. streams affected by coal mines show biodiversity is cut by a third and abundance in half.

The report says no research has been conducted on Alberta streams to determine what water levels are needed to maintain their ecology.

As well, watersheds in northern Alberta affected by old coal mines remain contaminated by selenium decades after the end of mining and start of remediation, the report says.

"The persistence of toxic selenium concentrations ... should be of great concern."

Guy Gilron is an environmental consultant who has presented material to the coal consultation committee on behalf of one of the mining companies. He said modern mines use a variety of methods in combination to control selenium, not just those considered in the Alces report.

"Selenium management requires a number of levels to deal with it," he wrote in an email.

Gilron said it's unfair to use old mines to predict the impacts of new ones and suggested the Alces paper "cherry-picked" research painting coal mines negatively.

"A better understanding has developed based on selenium's chemical behaviour, toxicity, mitigation and management," he wrote.

The report lists other challenges posed by the industry.

Coal mining, for example, releases methane, a potent greenhouse gas. And even though metallurgical coal is not burned for power generation, it's still burned.

If all eight mines go ahead, their emissions — including from using coal — would increase Alberta's total by 14 per cent at a time when Canada is trying to reduce them.

The mines are also proposed for the same locations as critical habitat for native species already threatened, such cutthroat trout and grizzly bears.

And they would likely have an impact on tourism, the report suggests. It quotes a 2011 study on nearby Kananaskis Country that found the similar region produces more than 3,000 jobs and more than $200 million in economic impact.

"It would be logical that the economic contributions of the (Oldman river) headwater landscape is similar to these values described above, or (would) have the potential to generate these economic values," the report says.

Benga Mining's Grassy Mountain mine, currently before a federal-provincial review panel, says it would generate nearly 400 jobs and almost $9 million a year in royalties.

Stelfox said the development proposed is one of the largest land-use changes in Alberta history and needs to be carefully considered.

"This is not a minor decision," he said.

"This is one of those few, massive, intergenerational questions that will maybe confront people once or twice in their lifespan. It is a defining question."