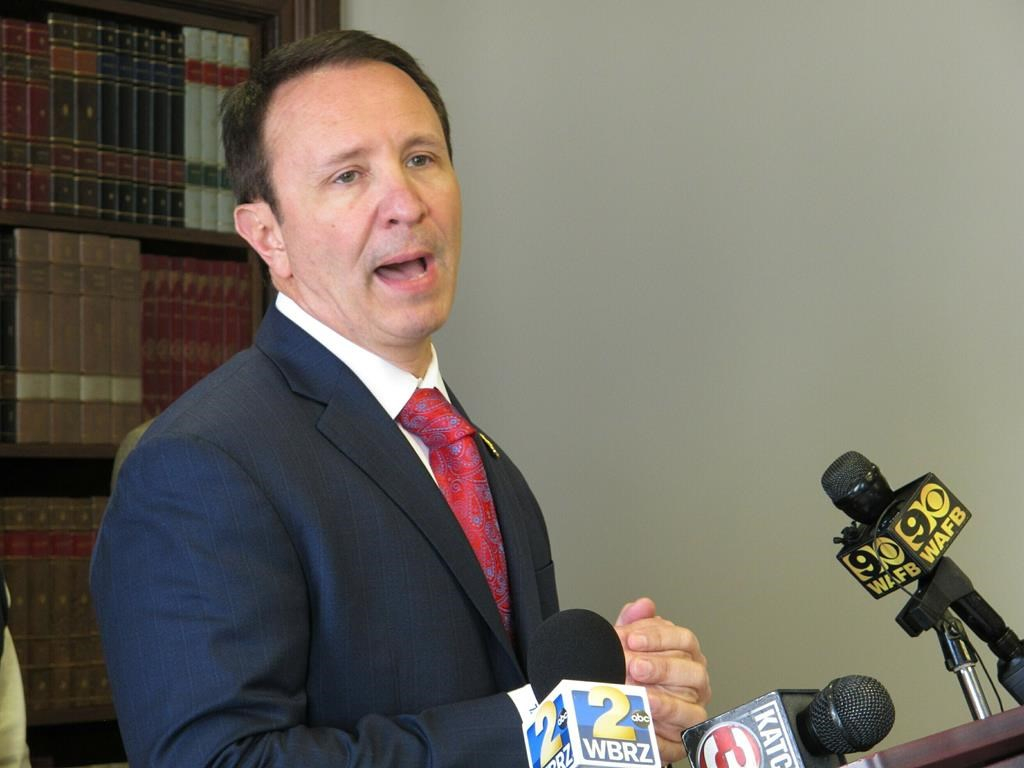 The Biden administration’s suspension of new oil and gas leases on federal land and water was blocked Tuesday by a federal judge in Louisiana who ordered that plans continue for lease sales that were delayed for the Gulf of Mexico and Alaska waters “and all eligible onshore properties.”

The decision is a blow to Democratic President Joe Biden's efforts to rapidly transition the nation away from fossil fuels and thereby stave off the worst effects of climate change, including catastrophic droughts, floods and wildfires.

U.S. District Judge Terry Doughty's ruling came in a lawsuit filed in March by Louisiana Republican Attorney General Jeff Landry and officials in 12 other states. Doughty said his ruling applies nationwide. It grants a preliminary injunction — technically a halt to the suspension pending further arguments on the merits of the case.

“The omission of any rational explanation in cancelling the lease sales, and in enacting the Pause, results in this Court ruling that Plaintiff States also have a substantial likelihood of success on the merits of this claim,” he wrote.

“We are reviewing the judge’s opinion and will comply with the decision," an Interior Department statement emailed by communications director Melissa Schwartz said. "The Interior Department continues to work on an interim report that will include initial findings on the state of the federal conventional energy programs, as well as outline next steps and recommendations for the Department and Congress to improve stewardship of public lands and waters, create jobs, and build a just and equitable energy future.”

Biden's orders included a call for Interior officials to review if the leasing program unfairly benefits companies at the expense of taxpayers, as well as the program's impact on climate change.

The 13 states that sued said the administration bypassed comment periods and other bureaucratic steps required before such delays can be undertaken, and that the moratorium would cost the states money and jobs. Doughty heard arguments in the case last week in Lafayette.

Federal lawyers argued that the public notice and comment period doesn't apply to the suspension, that the lease sales aren't required by law and that the Secretary of the Interior has broad discretion in leasing decisions.

“No existing lease has been cancelled as a result of any of the actions challenged here, and development activity from exploration through drilling and production has continued at similar levels as the preceding four years,” lawyers for the administration argued in briefs.

But Doughty sided with the plaintiff states attorneys, who argued that the delay of new leasing cost states revenue from rents and royalties.

“Millions and possibly billions of dollars are at stake,” wrote Doughty, who was nominated to the federal bench by President Donald Trump in 2017.

“Local government funding, jobs for Plaintiff State workers, and funds for the restoration of Louisiana’s Coastline are at stake,” he added, alluding to a possible loss of oil and gas revenue that pays for Louisiana efforts to restore coastal wetlands.

“This is fantastic news for workers in Louisiana whose livelihoods are being threatened by the administration’s thoughtless energy policy,” U.S. Senator Bill Cassidy (R-LA) said in a statement.

But not everyone was supportive of the judge's decision.

“The judge’s order turns a blind eye to runaway climate pollution that’s devastating our planet,” said Randi Spivak, public lands program director at the Center for Biological Diversity. “We’ll keep fighting against the fossil-fuel industry and the politicians that are bought by them.

“This is a victory not only for the rule of law, but also for the thousands of workers who produce affordable energy for Americans,” Landry said in a statement issued shortly after the ruling.