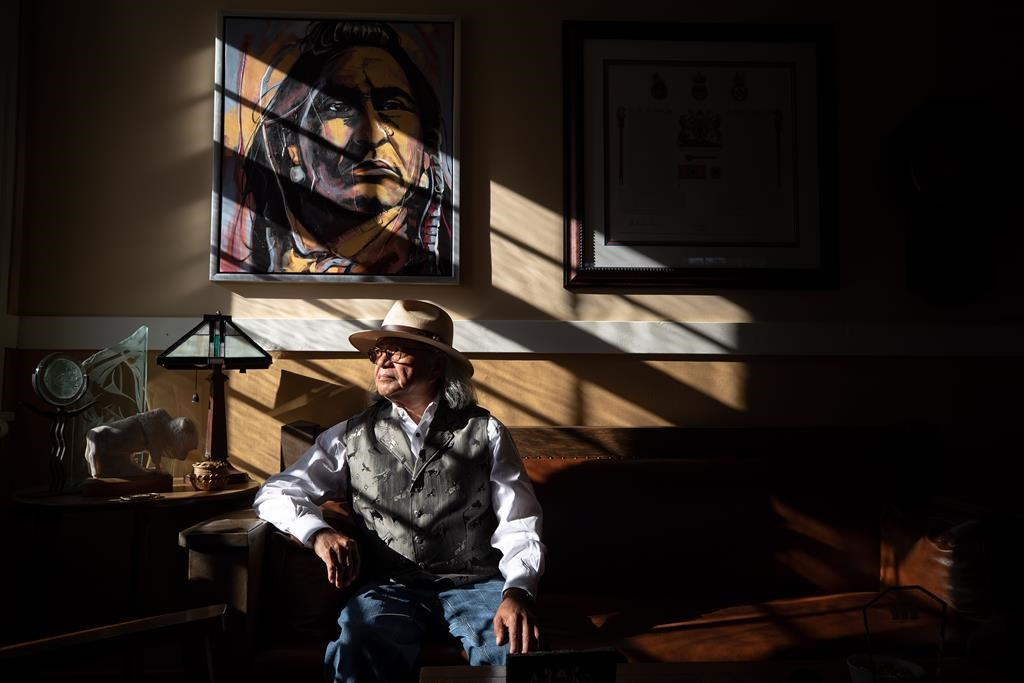 An extraordinary gathering of Indigenous family leaders occurred in the days following the discovery of what are believed to be the remains of 215 children at the site of the former Kamloops Indian Residential School, says a former chief.

The leaders left the emergency meeting united to pursue the truth about a tragedy that could have profound impacts on Indigenous people and Canadians, Manny Jules said in a recent interview from an office inside the former residential school.

Jules described the meeting as a gathering of historic importance to address the approach the people of the Tk'emlups te Secwepemc First Nation would take to reunite missing children with their families and promote national healing.

"This meeting goes back to traditional times when there were areas we needed to get together and make major decisions," said Jules, who was the elected chief from 1984 to 2000 and is currently chief commissioner of the First Nation Tax Commission.

"The decision that was made is that we have to work together because this is going to be setting a precedent for the rest of the country," he said.

Those who attended represented almost two dozen of the family names engraved on the residential school survivors' memorial that stands near the main entrance to the former school building.

"We're on the forefront for the struggle of finding the missing and trying to resolve all of these issues on a national basis," Jules said. "There was a meeting of the family heads (several) nights ago and one of the last things that was said was, 'Let's make sure all of this is done respectfully because that's our way. We give respect and we want respect in return.'"

It's not the first time the Tk'emlups te Secwepemc nation has set off to change, he said.

In 1904, Tk'emlups chief Louis was part of an Indigenous delegation that travelled to Europe to meet with the pope to seek church support for British Columbia land claims and education reforms that included backing an Indigenous-led school system, said Jules.

The church did not endorse the reforms, but the nation has continued to pursue and achieve innovative education, economic and infrastructure initiatives, he said.

"We're not afraid to take on challenges," said Jules, pointing to a billion-dollar residential housing development in the hills behind the residential school.

Peter Milobar, who represents the Kamloops-North Thompson riding in B.C.'s legislature, said the decades-old connections between the city of Kamloops and the First Nation are economic, environmental and social.

"They've always been very progressive in terms of recognizing the economic development potential of their lands," said Milobar, who is a former Kamloops mayor. "They are always looking for ways to benefit their community, but also at the same time making sure things they are doing are in conjunction and complementary to all the residents in the area."

He cited joint sewer, fire and tax agreements between the city and the nation, providing seamless services to Kamloops residents and nation members.

"You have to remember these are interconnected communities," he said. "These are actual friends. They're not just people we've never really met before or talked with. A lot of our kids have grown up playing on the same sports teams or gone to school together. Myself, my son-in-law, is a band member of Tk'emlups. It's very much an interconnected community in Kamloops."

The Kamloops residential school operated between 1890 and 1969, when the federal government took over operations from the Catholic Church and operated it as a day school until it closed in 1978.

Chief Rosanne Casimir of the Tk'emlups te Secwepemc First Nation said ground-penetrating radar equipment was used to find the remains of children long believed missing from the school. She said the findings are preliminary and a report from the investigation will be ready by the end of the month.

The National Truth and Reconciliation Commission's 4,000-page report details mistreatment at Canada's residential schools, including the emotional, physical and sexual abuse of children, and at least 4,100 deaths at the institutions.

Jules said the nation views reuniting the missing children with their families as an obligation that must be met.

"We're famous for all of our internal disputes, but in this time, all of that's put aside," he said. "We made a decision that this is important not only for our community, but for the rest of the country and the Shuswap people."