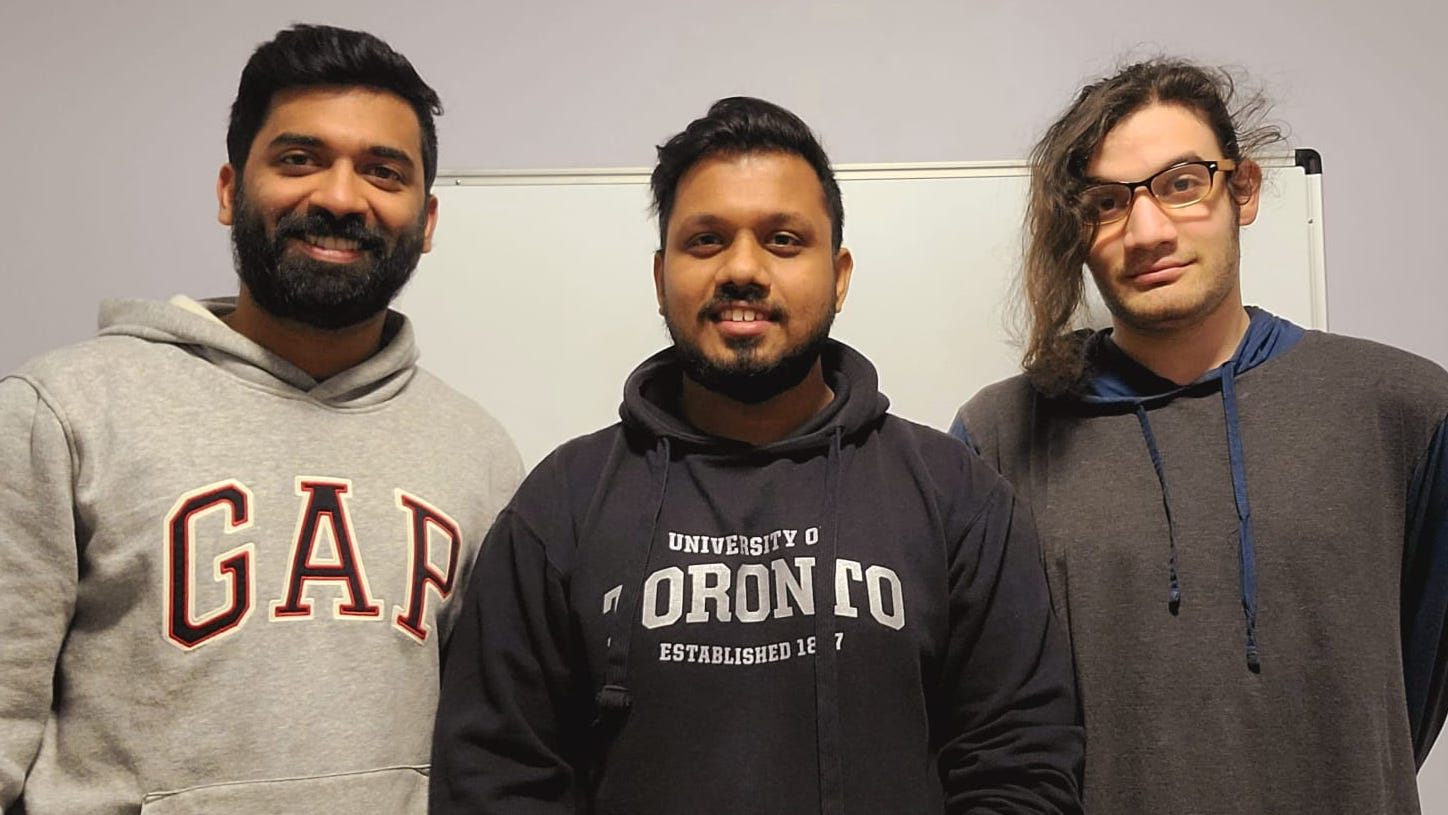 For tech companies working on new electronic hardware, it can take three or four weeks for each version of a concept to be designed, fabricated and tested before repeating until the idea becomes a working product.

Gowtham Ramachandran and the six-person team at Toronto startup company Trace want to make that faster, cheaper and more efficient.

“Every stack of the development chain has matured over decades, but as a hardware team your experience developing electronics is still too slow, expensive and very inefficient,” said Ramachandran, a co-founder and chief executive at Trace.

While mid- to high-volume electronics manufacturing is relatively efficient, the early steps of getting a gadget working involve a lot of friction and a much heavier environmental footprint.

"The problem is not just one workflow, it's essentially the sum of inefficiencies across the entire process, from design to finding manufacturers to fabrication to diagnostics," the 31-year-old said.

This process typically involves an electronics developer designing a printed circuit board, or PCB, before sending the design to an appropriate manufacturer to fabricate. That manufacturer would then send it to another factory to assemble with the required components before it is sent back to the customer, who must then test it for faults and repeat the process.

PCBs are made in panels two feet long and one-and-a-half feet wide, so when fabricators get low-volume orders, they may wait several days to accumulate enough orders to fill panels or produce them at a lower capacity — while still requiring the same amount of acid etchants (the dirtiest part of the circuit board production process) to do so.

Meanwhile, much of the work typically done by in-house hardware developers is manually intensive, using design tools more appropriate for motherboards than smaller parts, seeking out components from thousands of potential suppliers and soldering to test the functionality of finished goods.

Trace automates much of the development workflow with its desktop microfactory. Ramachandran and his former roommate and Trace's chief technology officer, Varun Perumal, focused on creating the desktop microfactory for the first two years of the three-year-old company's life, while aiming to achieve the scale to aggregate multiple low-volume manufacturing with its partners.

The average North American electronics manufacturer operates at less than half its capacity, with smaller facilities operating at below 40 per cent, according to a U.S. Department of Commerce assessment of the industry.

Factories in Asia typically run much closer to full capacity but require larger work orders or will wait several days to put several smaller orders through together.

“We’re essentially halving the environmental impact of the boards that are made in this specific segment of the market,” Ramachandran said.

While Trace started out creating a mini-fabricator that could automate the assembly of components onto circuit boards otherwise built by hand, the team discovered the industry's problem was larger than that.

"As we started commercializing the product, we often heard that making this was good, but our customers had problems across the entire value chain," said Ramachandran, a recent graduate of the MBA program at the University of Toronto’s Rotman School of Management.

Trace, which focuses on orders of less than 100 circuit boards, is currently piloting its production platform with several companies, and at the end of the month will ask investors for $250,000 in pre-seed funding to help it prove there is market demand for its work.

Trace's team is working with haptics companies and those building internet of things hardware — which is typically embedded with sensors, software and other technologies and requires little human interaction to operate — and Ramachandran says they’d like to expand into aerospace, automotive, instrumentation and industrial applications.

"Anything that you see around you with electronics in it needs to go through this process of iteration and development, so our customer base is anybody who develops hardware or builds real things," said Ramachandran, who had previously worked to determine the financial and environmental benefits of the Beer Store reusing more bottles, and once turned coffee grounds into a firewood replacement for use in refugee camps.

The company is one of 18 involved in the six-month Earth Tech program at Climate Ventures, an accelerator with Toronto’s Centre for Social Innovation, which launched in late 2018 to speed up climate action and this month announced a partnership with B.C.-based cleantech accelerator Foresight.