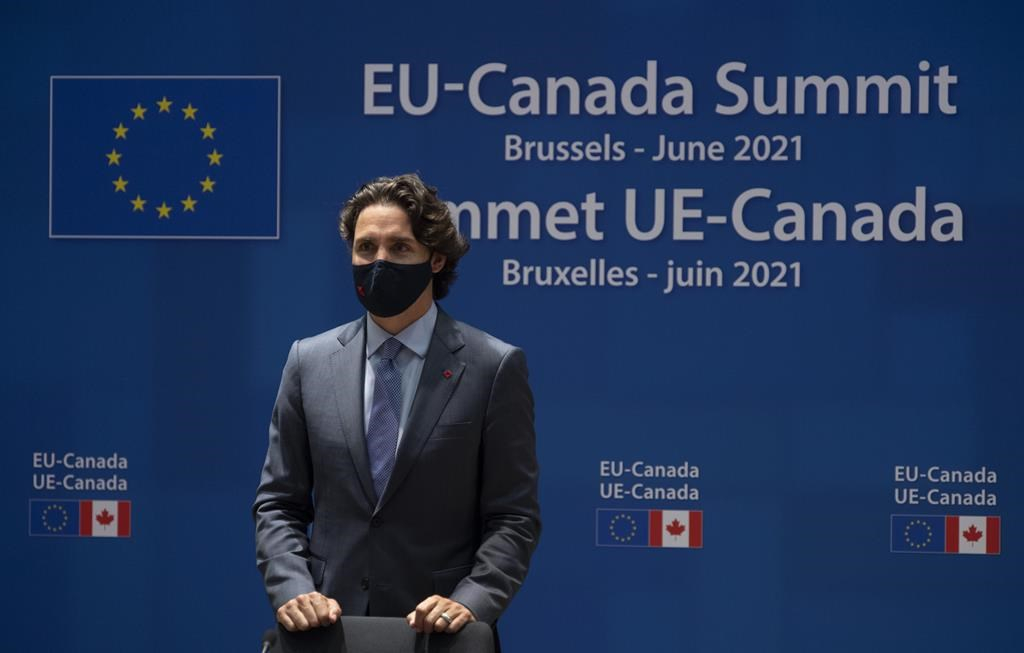 Canadian Prime Minister Justin Trudeau waits to take his seat at the EU-Canada Summit on Monday, June 14, 2021 in Brussels, Belgium. Photo by The Canadian Press/Adrian Wyld
Previous story
Next story

Prime Minister Justin Trudeau is spending the last day of his first international trip in more than a year visiting a plant that played a pivotal role in Canada's early rollout of the COVID-19 vaccine.

He will visit the manufacturing facility in Puurs, Belgium, which produced Canada's supply of the Pfizer-BioNTech vaccine until the United States started shipping doses early last month.

Canada faced some bumps in its vaccination campaign earlier this year when a slowdown at the production plant in Belgium disrupted delivery plans.

This week alone, Canada is set to receive 2.4 million doses of the vaccine from Pfizer-BioNTech, which has been consistently delivering large weekly shipments since mid-March.

Trudeau is also set to hold a press conference with European leaders following a Canada-EU summit the previous day, where they were set to talk about trade, climate change and critical minerals.

Later Tuesday, Trudeau will fly back to Canada, where his office says he will begin a 14-day quarantine, first in an Ottawa hotel until he receives a negative COVID-19 test result.