Annamie Paul is hanging on as leader 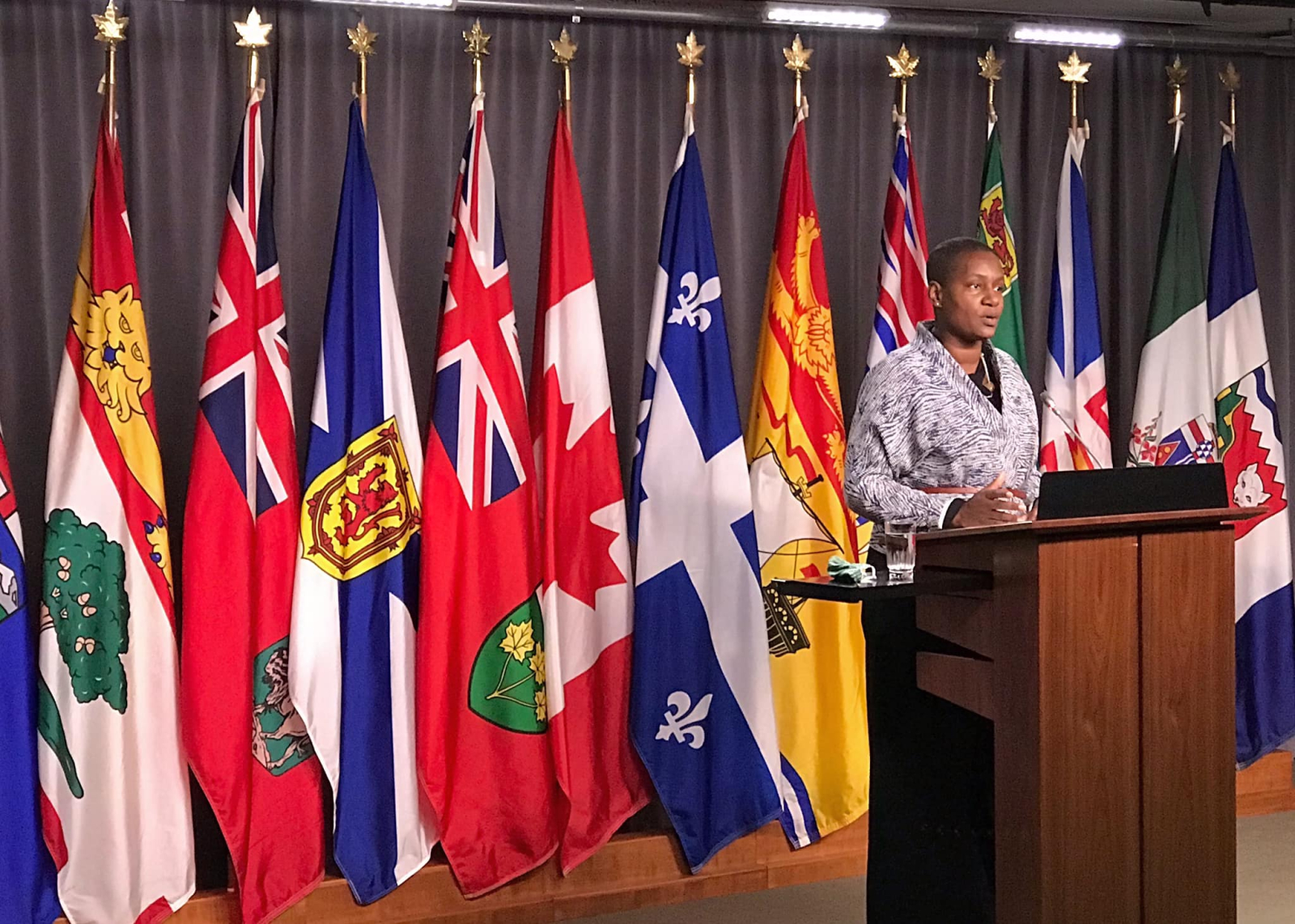 Green Party Leader Annamie Paul on Nov. 18, 2020 in Ottawa. Paul is now facing calls to resign from within the party and could lose her spot before a potential fall election. Paul photo / Facebook
Previous story
Next story

Annamie Paul is hanging on as leader after the Green Party’s federal council nixed a vote at an emergency meeting Tuesday that could have led to a formal challenge.

The federal council instead reportedly adopted a motion calling on Paul to “explicitly support” the Green Party caucus, with a penalty of facing a non-confidence vote July 20 otherwise. It’s understood part of that motion is for Paul to publicly renounce her former adviser Noah Zatzman.

“The GPC Federal Council has convened a special session this evening, June 15, 2021,” the party said in a statement Tuesday.

It was understood Tuesday evening’s meeting was to set a date for a vote on whether to remove Paul as leader, potentially only a few weeks or months before a rumoured fall election. Instead, reportedly two members representing the Maritimes resigned.

The challenge to Paul’s leadership comes on the heels of Fredericton MP Jenica Atwin’s defection to the Liberals, citing “irreconcilable” differences with Paul, and the Quebec wing of the Green Party calling for Paul to resign.

“All I can say is I received a very strong mandate from our membership just over half a year ago,” Paul said Tuesday. “As much as you try to bring everyone together, there are those that are going to continue to support others.”

Paul has been widely criticized from the party’s rank and file for not immediately condemning her senior adviser, Noah Zatzman, who threatened to work to unseat sitting Green MPs over their views on Israel after Atwin said the country was pursuing a policy of “apartheid.”

Paul called Atwin’s decision a “completely manufactured” reason to leave the party and suggested that if Atwin’s views on Israel were as strong as they were, she wouldn’t have saddled up with the Liberals.

“How the Liberals managed to succeed in having Ms. Atwin do that complete turn about in her points of view, after her having said many times that she would not do so, you'd have to ask the Liberals,” said Paul. “But we do know that as a party… that they are cynical, that they are aggressive in pursuit of their majority in the next election, (and) that they are willing to sow division.”

Last night, Paul met with Green Party members for about an hour to field questions and “extend a willingness” to do what is needed to “help us through” to the other side, she said.

“I recognize, and am willing to recognize, anything that I might've done to contribute to the situation, it's important for me to grow and learn always as a leader and be humble enough to recognize that,” she said. “Though, I also did tell them that we've heard from the Liberals' own mouths over the last few days that this was a deliberate, dastardly act by them to sow divisions between us.

Annamie Paul is facing pressure to resign as she paints the party's recent infighting as a Liberal effort to kneecap the Greens. #cdnpoli

“This was intended to kneecap us in key ridings in places that they know they need to win if they want their majority. We are surging in the Atlantic provinces, we are within striking distance of winning Minister (Dominic) LeBlanc's riding in our own internal polling, and he has seen those same polling results.”

The Liberals “have decided to see whether they can undermine my leadership and undermine our party just months before they call an election,” Paul said.

Beauséjour MP Dominic LeBlanc reportedly engineered the defection over the better part of a month after learning Atwin wasn’t happy in the party.

This story was updated to add the results of Tuesday's meeting.