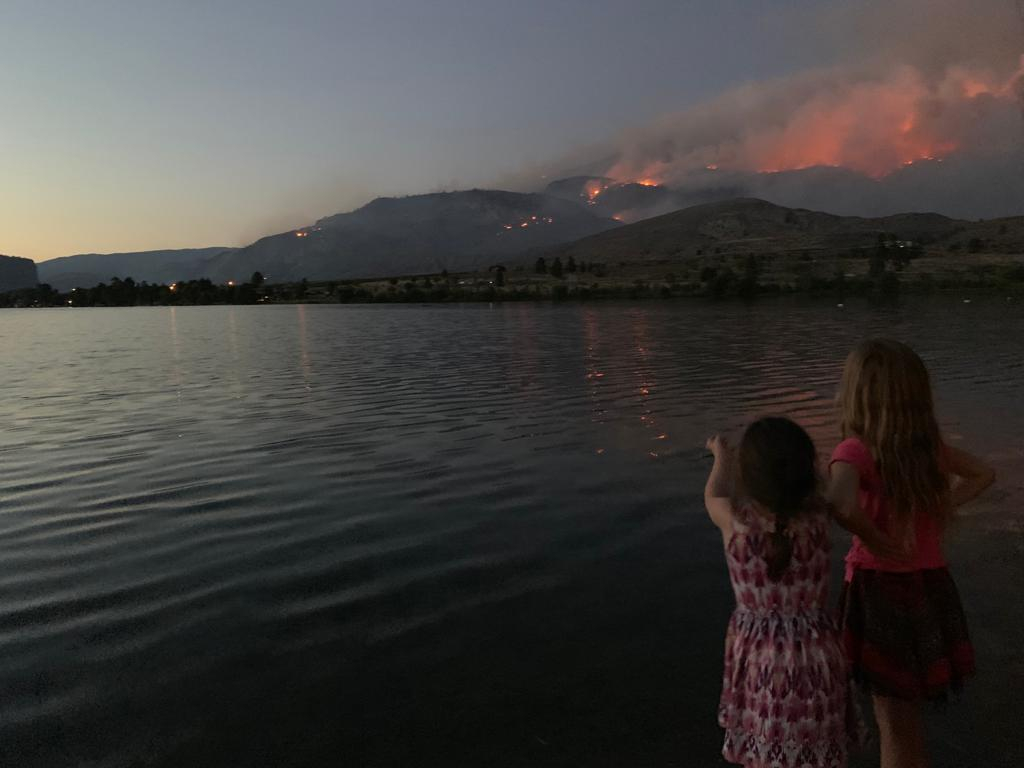 Ashley Wohlgemuth remembers smoke, haze and chaos during the 2003 forest fires in her hometown of Barriere in British Columbia.

“During the fire here, it was like driving through a war zone. Everything was hazy. And all you could see was army vehicles and fire trucks everywhere,” said the fire chief.

Throughout the course of the 75-day-long fire, houses, businesses and jobs were lost. Air quality was extremely poor, and she remembers people noticing how it worsened their asthma.

With forest fires set to increase by 74 per cent across the world by 2100, health issues are also set to go up significantly. A new report from international environmental organizations in collaboration with the Canadian Association of Physicians for the Environment (CAPE) found the full breadth of health impacts haven’t been adequately studied or prepared for. The report found Canada, Australia and Brazil are lagging behind in planning for the inevitable increase in forest fires, smoke and illness.

Samantha Green, who is a family physician in Toronto and a CAPE board member, says it shows a need for further research and health resources. Her home province of Ontario is currently experiencing forest fires. After weeks of burning, four fires still remain, and hundreds of firefighters from other provinces have been sent to help control the blazes. Although Green treats patients in downtown Toronto, she points out that the health effects of smoke reach much farther than the area of the fire. Smoke from the 2019 Alberta fires travelled to Europe; the Australian bushfires in 2019-20 saw smoke reach 66,000 kilometres away.

Green said the fallout can look like increased inhaler prescriptions and respiratory complaints.

Courtney Howard, a Global Climate and Health Alliance board member and an ER doctor in the Northwest Territories, says the report shows a need for more co-ordinated health action during wildfire season.

In 2014, the territory went through its “Summer of Smoke,” where soot filled the air for over two months, and emergency room visits for asthma doubled. After looking at the smoke data and ER visits, it was found to be one of the worst and most prolonged smoke exposures in the world.

She said the current approach to wildfires and health was developed with shorter fire seasons in mind. Different approaches are needed to adapt to longer periods of smoke, she said.

With forest fires set to increase by 74 per cent across the world by 2100, health issues are also set to go up significantly. Dr. Courtney Howard says the report shows a need for more co-ordinated health action during wildfire season. #ClimateChange

In 2014, N.W.T. public health broadcasted smoke forecasts and gave daily recommendations to residents on whether they should go outside. Often, they were told to remain indoors with their windows closed, which Howard said doesn’t actually help mitigate long-term exposure — smoke will seep into a home unless special filtration is used.

The City of Yellowknife opened a clean air shelter part way through the season, like other cities across Canada have done. Howard says preparing to open facilities before the season starts, refilling existing asthma and other respiratory prescriptions beforehand, and providing HEPA air filters to vulnerable residents could be a start. Like cold and flu season, she says wildfire season should be anticipated each year, with a co-ordinated effort from decision-makers and government to prepare.

She also emphasized that climate policy in Canada is a big, important part of the puzzle in addressing health concerns related to smoke. That includes passing Bill C-12, known as the Canadian Net-Zero Emissions Accountability Act, before Parliament’s summer recess, she says.

“We want people to know that Bill C-12 is a health act as much as it is a climate act, and it needs to be appreciated in that context, particularly now through COVID that we all know what a planetary health emergency feels like,” she said.

“And we don't want to be living in a succession of those for the rest of our lifetimes.”

A zombie fire outbreak may be growing in the North

A burning planet: Why we must learn to live with fire

"the Australian bushfires in

"the Australian bushfires in 2019-20 saw smoke reach 66,000 kilometres away"
Interesting. Earth's equatorial circumference = 40,070 km (24,900 miles).
The increasing pall of wildfire smoke, communities consumed by fire, and wildfire deaths may be the galvanizing force for climate action. No one, not even the rich, can escape racing wildfires and smoke-filled skies.
At some point, citizens will say, "Enough's enough." People will realize that fossil fuel revenues and jobs cannot buy clean air. Voters will finally demand serious climate action from their govts.
Until then, we shall continue to drift towards oblivion.
Things will have to get worse before they get better.