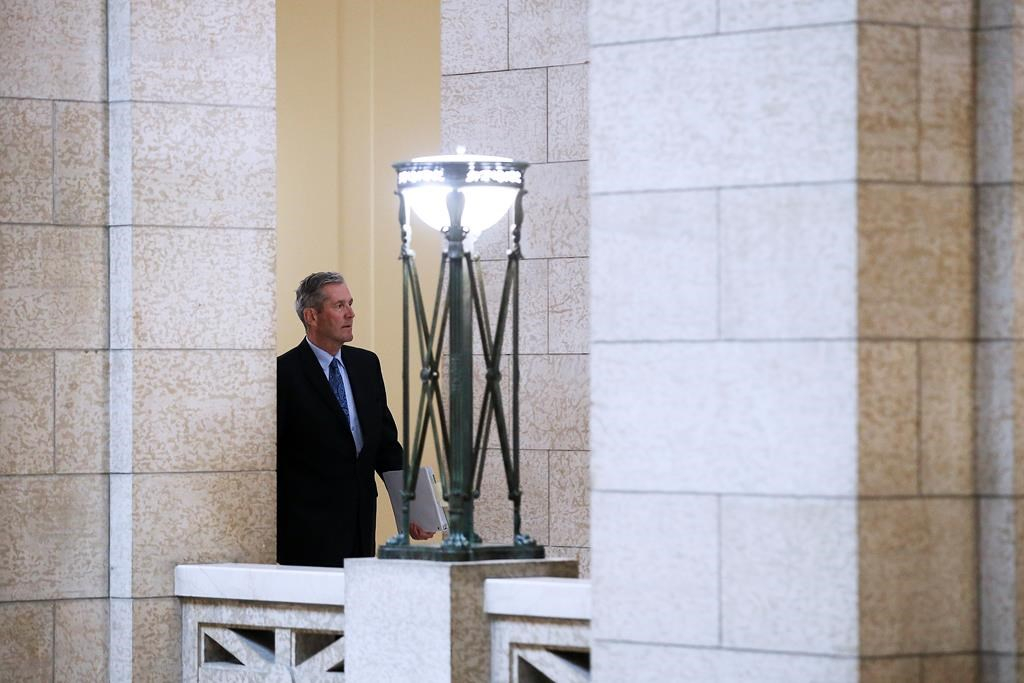 Manitoba premier Brian Pallister makes his way to question period at the Manitoba Legislature in Winnipeg, Wednesday, May 13, 2020. Photo by: The Canadian Press/John Woods
Previous story
Next story

WINNIPEG — Manitoba's government says it will commit $2.5 million to identify and commemorate burial sites at residential schools in the province.

He says that tragedy has been deeply felt in Manitoba, where there were 17 residential schools and 114 day schools.

The government says the effort to find and honour the grave sites must be led by Indigenous people, especially those who survived residential schools.

He adds that it will take a commitment from all levels of government to complete the work in a respectful and culturally appropriate way.

The province says it will also consider other initiatives beyond the funding to support Indigenous communities through this process.

"Our government is committed to working collaboratively and respectfully with Indigenous leadership, elders, knowledge keepers and community members as we seek reconciliation, healing and meaningful ways to honour the lives lost and support the survivors and their families in our province," Pallister said in a news release Monday.

A national movement to find and commemorate graves began after the Tk'emlups te Secwepec First Nation announced last month that ground-penetrating radar detected what are believed to be the remains of 215 Indigenous children at the former Kamloops Indian Residential School site.

The federal government recently promised $27 million to locate graves across the country. The Saskatchewan government committed $2 million to support searches in that province last week.

At least 338 children died at residential schools in Manitoba, according to the Truth and Reconciliation Commission. But the number is likely higher.

In recent years, 104 unmarked graves were found at the Brandon Residential School, about 250 kilometres west of Winnipeg.

"The last few weeks have been a difficult time for survivors of residential schools, as well as their descendants, as we are triggered by the discovery of unmarked graves in Kamloops and also right here in Brandon, Manitoba,” said Manitoba Keewatinowi Okimanakak Grand Chief Garrison Settee, who represents northern First Nations in the province.