Most Canadians aren't ready for all COVID restrictions to be lifted 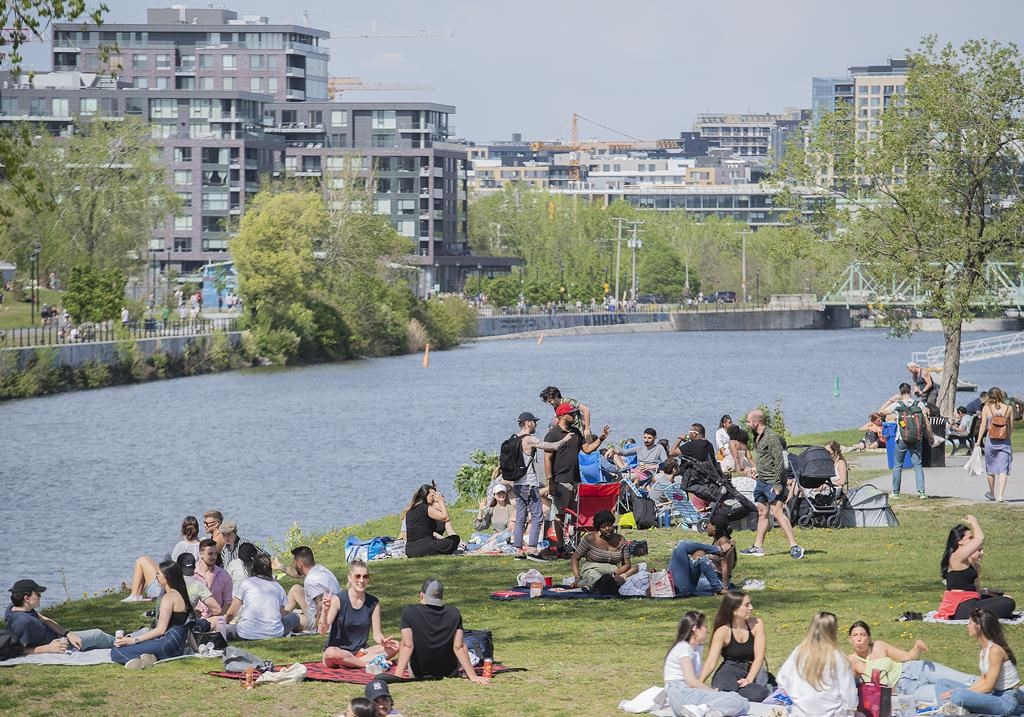 People gather next to the Lachine Canal on a warm spring day during the COVID-19 pandemic, in Montreal, Saturday, May 15, 2021. The Canadian Press/Graham Hughes
Previous story
Next story

OTTAWA — A new poll suggests about two-thirds of Canadians believe that governments should not lift all restrictions related to COVID-19.

Sixty-nine per cent of respondents to an online survey by Leger and the Association for Canadian Studies say restrictions should stay in place as people continue to get vaccinated against the novel coronavirus.

"I believe they're waiting until the end of the vaccination campaign, or at least until governments say that they've reached all of their targets, potentially to sort of relax a little bit," he said in an interview.

"We'll see this number change … once governments have said that they've reached their vaccination targets. So, a few more weeks at least."

The online poll of 1,542 adult Canadians was carried out June 18 to 20, and it cannot be assigned a margin of error because internet-based surveys are not considered random samples.

Bourque said the pandemic has impacted the wellness of many Canadians as they have been exercising less, gaining weight, drinking more alcohol and smoking more cannabis.

The survey found that 63 per cent of respondents say their mental health has been bad since the start of the COVID-19 crisis.

Those who gained weight say they have gained 16 pounds on average.

Respondents who drank more alcohol since the pandemic started say they have drunk 6.3 more servings per week, and those who smoked more cannabis says they smoked on average 5.6 times more per week.

The poll also suggested that six per cent of Canadians have been spending more money on online gambling including gambling on sports and casino games.

Those who spent more on gambling say they spent on average an additional $74.8 on gambling per week.

"It's not that there's many more that gamble compared to before, but those who gamble more actually have increased their spending quite significantly," Bourque said.

At the same time, the survey found 59 per cent of respondents say they feel optimistic about the next year in Canada.

"Optimism tends to be higher among younger Canadians, and among those who live in larger urban areas, so probably a bit more affluent youth are looking forward to getting out there, being more social again," Bourque said.

"Canadians, anyway, seem to be opting for a more gradual, careful, prudent approach to getting out there and enjoying some of the things that they used to enjoy prior to the pandemic period."