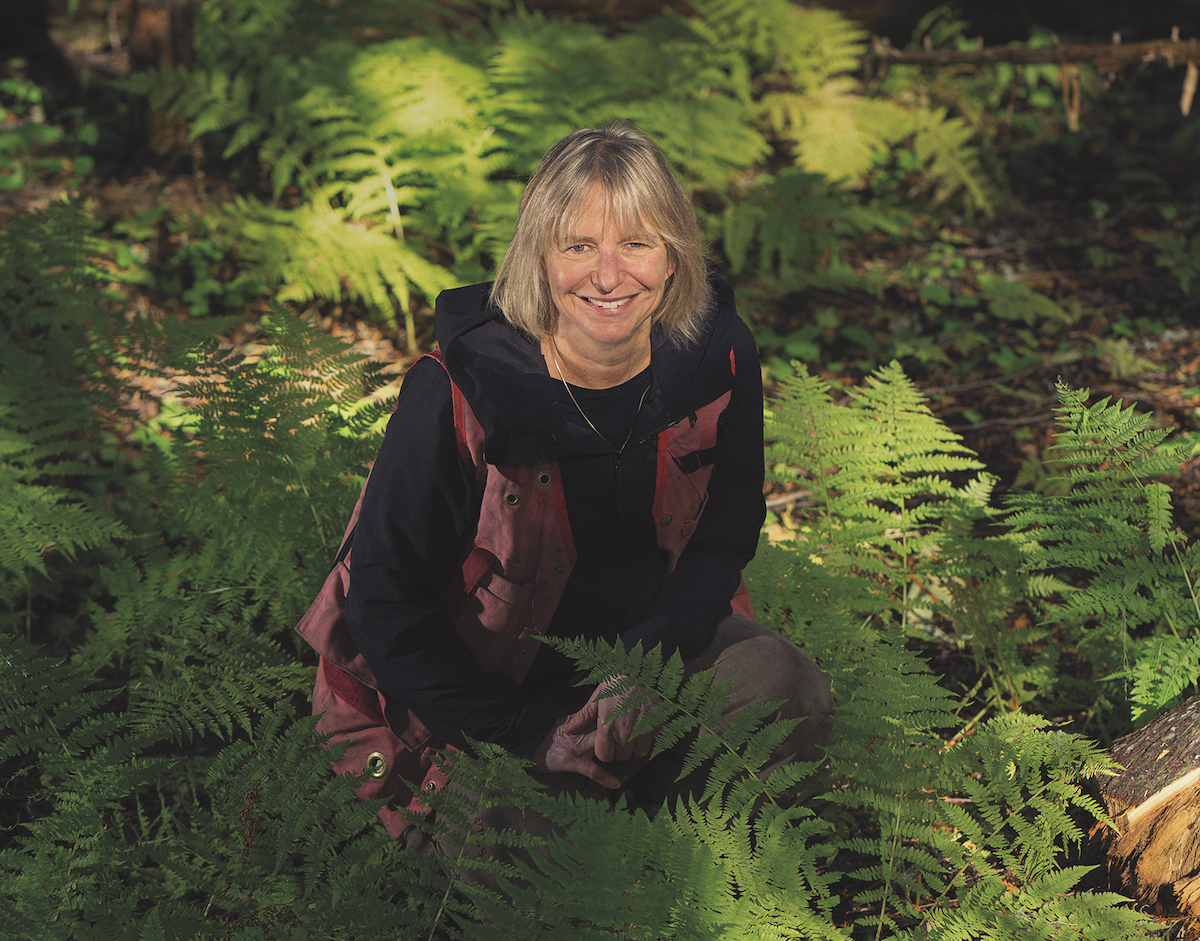 Suzanne Simard, bestselling author of Finding the Mother Tree, is one of more than 100 celebrities and luminaries joining a public campaign to save B.C.'s old-growth forests. Photo by Brendon Ko
Previous story
Next story

Pressure on B.C. Premier John Horgan is climbing as national and global celebrities begin to throw their weight behind public campaigns to save the province’s ancient forests.

More than a hundred luminaries from across the political and cultural spectrum signed an open letter to Horgan on Friday calling on him to save at-risk big-tree ecosystems, which make up only 2.7 per cent of unprotected forest in the province, said Nicole Rycroft, executive director of Canopy.

“The calibre of signatories and breadth of perspectives represented in this ad underscores how important it is that we protect the incredible natural legacy found in British Columbia,” she said.

Even though the NDP government has yet to fully implement the recommendations from the old-growth strategic review and scientists have identified areas of at-risk old growth needing protection through logging deferrals, the chainsaws haven’t stopped, said Tzeporah Berman, international program director of Stand.earth.

“With unprecedented media coverage, photographs of the massive trees going viral and people around the world watching and speaking out, now is the time to act,” Berman said.

However, the province is pushing back on any suggestion the celebrity effect and any ensuing public pressure will shape or speed policy decisions, the Forest Ministry stated.

“I think we're on the cusp of making some changes, but change only happens if you push, push, push,” says author Suzanne Simard, on why she's joined celebrity campaigns to save B.C.'s #OldGrowth forests.

“How old-growth forests are managed isn’t about celebrities, it’s about a sustainable approach to protecting biodiversity and reconciliation with Indigenous Peoples,” the ministry said in an emailed statement.

“We are committed to that work, and we look forward to working with workers, industry, communities and environmental organizations as we develop that comprehensive plan.”

The province has deferred logging in 11 areas across B.C, including recent parcels in the disputed Fairy Creek watershed and the Central Walbran Valley, the ministry said, adding there will likely be more deferrals in the summer.

“We know there is much more work to do, and we are committed to a comprehensive approach for how old-growth forests are managed in our province.”

However, the province’s deferrals so far have done little to abate public opinion around the need to better protect B.C.’s big trees — with 85 per cent of residents polled wanting more action to protect old growth.

And the nine-month-long old-growth blockades at Fairy Creek remain in Horgan’s riding, with more than 250 activist arrests taking place as of the weekend.

Securing celebrities or prominent individuals to advertise or increase support for a social or environmental cause is a long-standing practice, said David Tindall, a sociology professor at the University of British Columbia (UBC).

Rather than actually exerting pressure on politicians, the celebrity effect is mostly used to grow the base of people who might care about an issue, said Tindall, who researches social conflict around environmental issues.

“When celebrities are involved, the people who follow them, or are susceptible to being influenced by them, may sometimes get involved in some kind of social movement campaign they might not have been interested in the first place,” he said.

And if enough people or voters recruited, then government might take notice, he added.

“If it can really change public opinion, or the number of people more generally that take a particular position on an issue, then the government sees that,” Tindall said.

“And more importantly, if they might eventually show up and vote on the issue, then I think it has that kind of indirect effect (on politicians).”

Suzanne Simard, author of the bestselling non-fiction book Finding the Mother Tree, said she's studied forests for decades and the immediate protection of old-growth forests in the province is urgent.

The province must both stop old-growth logging and reduce the annual allowable cut across B.C., said Simard, a forestry professor at UBC.

Big-tree ecosystems act as hubs for vast interconnected fungal networks, said Simard, who is participating in both the public environmental campaigns.

“It is essential, for the health of the forest, and the health of our planet, that we do everything we can to keep them standing,” she said.

Politicians need to be pushed to alter the status quo and make the right decisions, Simard added.

“Unless there's pressure, they won't act. It's too easy for them to just carry on business as usual,” she said.

“I think we're on the cusp of making some changes, but change only happens if you push, push, push.”

Maybe the celebrity power will galvanize enough people to demand change...It seems sacrilegious to log the few remaining old growth forests left in BC. It's like a form of madness.

Madness? Yes. When you

Madness? Yes. When you consider it, all forms of extractive, exploitative capitalism that strips from the earth the resources all of humanity requires, - for the sake of illusory, and ephemeral "profits", is certainly a form of madness, irrationality, out of control greed, corruption and fecklessness that amounts to ecocide.

It is truly irksome that

It is truly irksome that there are known ways to practice sustainable forestry that operates as a net carbon sink, to maintain a continuous forest canopy cover while harvesting and to spread forest management responsibilities to local communities in the form of forest trusts. This is all possible while preserving the few remaining old growth watersheds in perpetuity and maintain larger riparian setbacks.

Too often we hear the implication that "economics" and saving unionized jobs dictate clearcutting the last stands for export as raw logs. Can they not open their eyes and see the contradiction of extraction over all else, and the resulting bust that always follows a boom? Meanwhile, biotech, knowledge and so forth are bigger than the extraction of all natural resources combined in BC.

Just what century are the decision makers operating in?