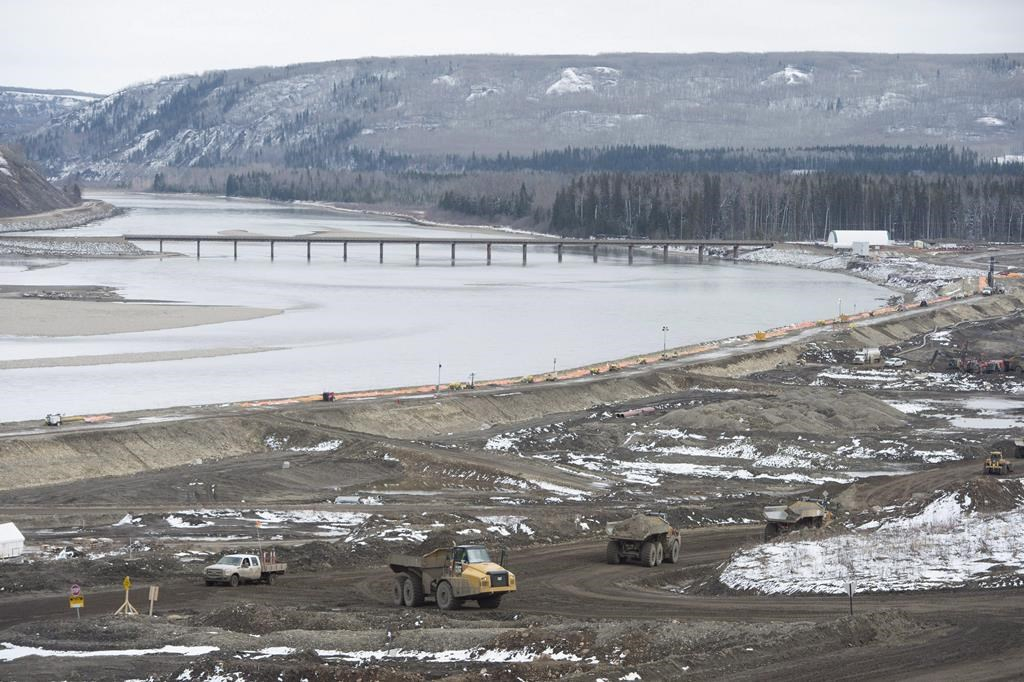 Canada's largest national park is now so threatened by upstream development and divided governance that it likely meets the criteria to be placed on the list of World Heritage sites in danger.

UNESCO released the draft finding on Alberta's Wood Buffalo National Park this week. The agency has been concerned about the park — the world's second-largest freshwater delta — since 2017, when it found 15 of 17 of the park's ecological benchmarks were deteriorating.

Despite welcoming federal moves that include $60 million for water management and monitoring, the latest report says the park's main challenges remain unaddressed.

"The World Heritage Centre ... considers it likely that the property now meets the criteria for inscription on the list of world heritage in danger," the finding says.

UNESCO applauded Canada's efforts to improve water levels in the park, which have been in long-term decline through climate change and developments such as British Columbia's Site C dam, upstream of the park. But it said no governments have taken long-term measures to ensure enough water reaches the delta, despite concerns expressed in a previous report.

"It is of serious concern that mechanisms to determine and agree on environmental flow regulation ... are still not in place five years after the mission."

The report also notes the oilsands tailings ponds upstream from the park continue to grow. It points out other studies have concluded those ponds are already leaching into the Athabasca River through groundwater and that governments are now studying how water could be released into it.

Meanwhile, Alberta has made no progress on a promised risk assessment of the ponds, says the report.

"It is of high concern that the risk assessment of the tailings ponds ... has not started."

UNESCO says the park's real problem is that the threats it faces come from outside its borders and that B.C., Alberta and Ottawa haven't worked together on an overall plan for the watershed.

A spokeswoman for the Mikisew Cree, who live near the park and depend on it to practise their treaty rights, welcomed UNESCO's conclusion that Wood Buffalo's problems can't be solved by a three-year Parks Canada action plan.

"To get to the root of the problem is to solve the governance issue," said Melody Lepine. "Work as a nation to come to some sort of agreement.

"They can throw some money at Parks Canada, but the big issue is water governance."

"It's almost like you give your head a shake — What? Are they actually considering that?

"We do not support any releases into the river."

In a statement, Parks Canada said more than $87 million has been earmarked for the park and that enhanced research, monitoring and management has already begun.

"Since the action plan was finalized in 2019, notable progress has been made, with more than half of the identified actions completed or underway."

The B.C. Ministry of Energy, Mines and Low Carbon Innovation said the province has worked with the federal government, Alberta, Northwest Territories and Indigenous partners on the development of the Wood Buffalo National Park Action Plan.

The ministry said in an email that the work includes implementing the environmental flows and hydrology aspects of the plan.

It noted that the Peace Athabasca Delta is more than 1,100 km downstream of the Site C project and is fed mostly by the Athabasca River.

The ministry said during the environmental assessment of Site C, BC Hydro commissioned studies from leading experts to evaluate the potential downstream effects of the project and in all cases, it was concluded that the project would have no notable effect on the delta.

The Alberta government did not immediately respond to a request for comment on the UNESCO report.

UNESCO has asked Canada to invite an investigation team to visit and assess the park. That team would confirm whether Wood Buffalo should join the 51 other sites on the list of endangered World Heritage Sites and recommend measures to address the threats it faces.

Millions of birds that migrate all over North America make it their breeding ground. It is home to one of the largest remaining and most genetically diverse herds of wood bison. It boasts the world's last remaining natural breeding colony of whooping cranes.

It is also essential to the life and culture of the Mikisew Cree, said Lepine.

"This is important for us."

This report by The Canadian Press was first published June 22, 2021.