When it comes to cost, wind and solar projects beat coal 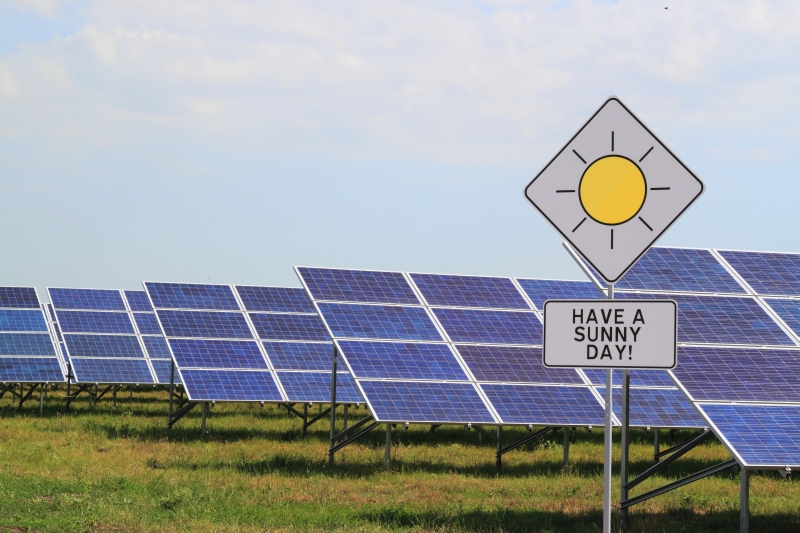 Solar power costs fell by 16 per cent last year, according to a new report, while the cost of onshore wind dropped 13 per cent and offshore wind by nine per cent. Photo by Activ Solar / Flickr (CC BY-SA 2.0)
Previous story
Next story

Almost two-thirds of wind and solar projects built globally last year will be able to generate cheaper electricity than even the world’s cheapest new coal plants, according to a report from the International Renewable Energy Agency (IRENA).

The agency found that the falling cost of new wind farms and solar panels meant 62 per cent of new renewable energy projects could undercut the cost of up to 800 gigawatts (GW) worth of coal plants, or almost enough to supply the U.K.’s electricity needs 10 times over.

Solar power costs fell by 16 per cent last year, according to the report, while the cost of onshore wind dropped 13 per cent and offshore wind by nine per cent.

In less than a decade, the cost of large-scale solar power has fallen by more than 85 per cent while onshore wind has fallen almost 56 per cent and offshore wind has declined by almost 48 per cent. Francesco La Camera, IRENA’s director general, said the agency’s latest research proved the world was “far beyond the tipping point of coal.”

In Europe, the cost of a new coal plant would be well above the cost of new wind and solar farms including mandatory carbon prices. The report found that in the U.S., renewable energy could undercut between three-quarters and 91 per cent of existing coal-fired power plants, while in India, renewable energy would be cheaper than between 87 per cent and 91 per cent of new coal plants.

Replacing hundreds of existing coal plants with unsubsidized renewable energy sources could save $32.3 billion every year in energy system costs and avoid about three gigatonnes of CO2 annually, the report said.

The carbon saving from phasing out 800GW of coal power capacity would be the equivalent of shaving nine per cent from the world’s energy-related emissions last year, according to the report, or 20 per cent of the carbon savings needed by 2030 to help limit global heating to 1.5 C above pre-industrial levels.

The report predicts the cost of renewable energy will continue to fall in the coming years. Over the next two years, three-quarters of all new solar power projects will be cheaper than new coal power plants, and onshore wind costs will be a quarter lower than the cheapest new coal-fired option.

In less than a decade, the cost of large-scale solar power has fallen by more than 85 per cent, while onshore wind has fallen almost 56 per cent and offshore wind has declined by almost 48 per cent. #Renewables #IRENA

“The trend confirms that low-cost renewables are not only the backbone of the electricity system, but that they will also enable electrification in end uses like transport, buildings and industry and unlock competitive indirect electrification with renewable hydrogen,” the report said.

Sask Power continues to insist on fossil "back - up" for renewables, so what we really need is an article including the cost of storage. Pumped hydro power is still the cheapest, given suitable geography. Compressed air can get over 100% efficiency if the heat of compression can be used for district heating or process heat, and then recovered from ambient air in staged re-expansions. Batteries keep going obsolete from improvements, but tend to cause pollution from mines and factories.

Here's a quick suggestion from the grassroots:
Forego that stupid jet set vacation to the global south for two-three years and put the money onto your roof......if you still have one. Once that's accomplished, buy an EV, even if you have to finance it. With your own panels pumping in renewable sunshine, your car cost nothing much to run.....you don't use gas......and you might just get refunds for your excess solar energy........if we can build the momentum to force those privatized utilities to stop padding their bills with inane charges.

Transmission fees.......for the use of lines the public financed is an example of privatized 'efficiencies' our grid doesn't need. It needs to be SMART, not EXPLOITATIVE.

So lets ditch 'getting back to normal' and do something really revolutionary for the future. We love our Kona...and the satisfaction of back country camping that burns little fossil fuel. It could become a trend.

Would really like to see how Wind and Solar is cheaper once you include the 100% back up power required or the massive storage system. Also include the fact that to replace a 880 GW Coal plant with Solar will require at LEAST a 24000 GW Solar array. In Canada the amount of high producing Sun hours is very low. To have a system large enough to meet the actual current and to charge the storage system. Remember the storage system needs to supply up to 18 hours of energy in the winter. And also don't forget that is in a perfect world.
Wind is 100% unreliable. The equipment is reliable and can work for years but the wind is unpredictable and inconsistant and can be very low producing for days on end. Last winter was an excellent example during a cold spell in Alberta. There was nothing wrong with the Wind turbines, they are designed to run in the cold. They produced very litlle power for 4 days during the coldest days of the year.
Anybody argueing for wind and solar without 100% back up is not fully aware of Grid supply requirements.