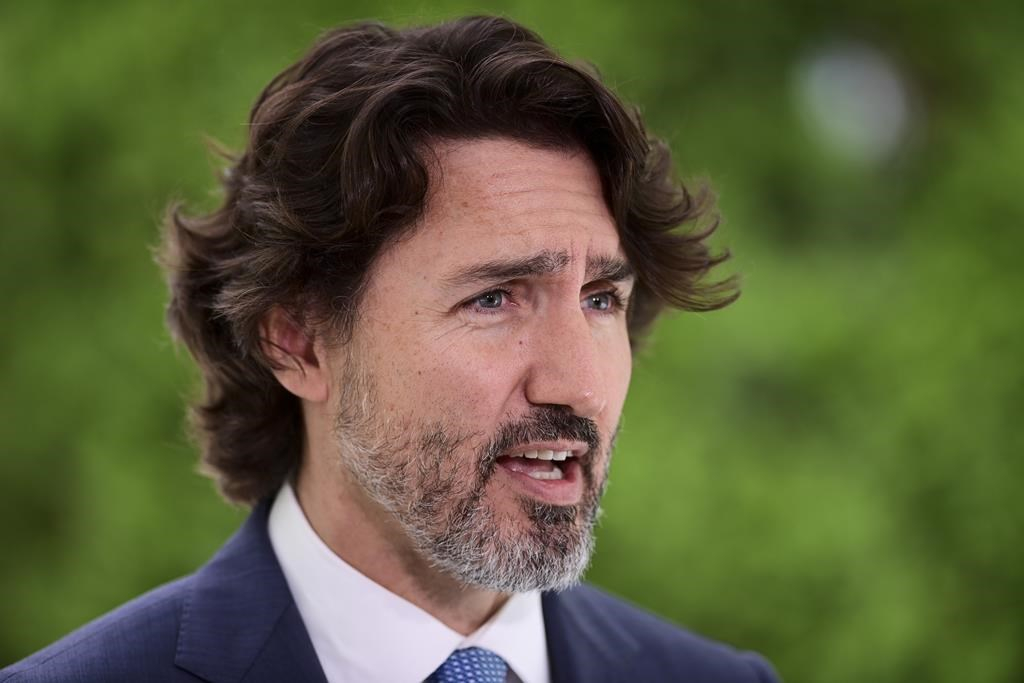 Instead of fireworks and frothy drinks, Prime Minister Justin Trudeau says this Canada Day should be a time of reflection, couching his view in the discovery this week of another unmarked grave site containing Indigenous children's remains.

"Many, many Canadians will be reflecting on reconciliation, on our relationship with Indigenous Peoples and how it has evolved and how it needs to continue to evolve rapidly," Trudeau said Friday at a news conference.

“I think this Canada Day, it will be a time of reflection on what we’ve achieved as a country, but on what more we have to do.”

His comments come the day after a First Nation in Saskatchewan announced ground-penetrating radar had detected what are believed to be 751 unmarked graves at the site of a former residential school.

After an unmarked burial site was found in British Columbia in late May, Indigenous communities across the country and many Canadians have been sharing their grief about the deaths of children who attended the boarding schools.

Since then, some cities have decided to forgo parts of their usual Canada Day festivities.

Several communities in New Brunswick, including Saint John and Fredericton, have chosen to scrap traditional celebrations in light of the discovery of hundreds of unmarked graves at former residential schools in Saskatchewan and British Columbia.

Canada Day events will also be partially or fully cancelled in Victoria, Wilmot Township in Ontario's Waterloo Region, and St. Albert, a city northwest of Edmonton in solidarity with mourning Indigenous communities.

Trudeau's statement that July 1 should be a time to reflect on the country's history echoes sentiments expressed by some of his ministers earlier in the week.

Conservative Leader Erin O'Toole has said he believes Canada Day should not be cancelled and the tragedies of the past can be used as motivation to build a better country.

#CanadaDay should be time of reflection after unmarked graves discovered: Trudeau. #CDNPoli #ResidentialSchools

He said Conservatives are committed to a renewed nation-to-nation relationship with Indigenous Peoples, but stand firm against so-called activist efforts to "cancel" Canada, particularly on the national holiday.

"I'm concerned that injustices in our past, or in our present, are too often seized upon by a small group of activist voices who use it to attack the very idea of Canada itself,'' he said Wednesday.

"As someone who served Canada and will soon ask for the trust to lead this country, I can't stay silent when people want to cancel Canada Day."

"It does us a disservice when we ignore the injustice, we ignore the bad parts of our history and the ongoing legacy and the impact of those horrible things that have happened and continue to happen,'' he said Wednesday.

There have been calls to cancel Canada Day celebrations after the remains of what are believed to be 215 children were found at the former Kamloops Indian Residential School in British Columbia last month.

Those calls intensified this week after the Cowessess First Nation's announcement in Saskatchewan.

Trudeau said governments continue to remove Indigenous children from their communities and place them in far-flung foster homes "in the stated purpose of protecting (their) well-being."

The process plays out as a legacy of the "terrible, terrible mistake that we willingly undertook in the past … as we tried to remove their languages and cultures from them. With Canada coming up next week, a lot of people, I think, will be reflecting on many different things," he said.

This report by The Canadian Press was first published June 25, 2021.

— With files from Stephanie Taylor

Canada Day should not be cancelled, says O'Toole