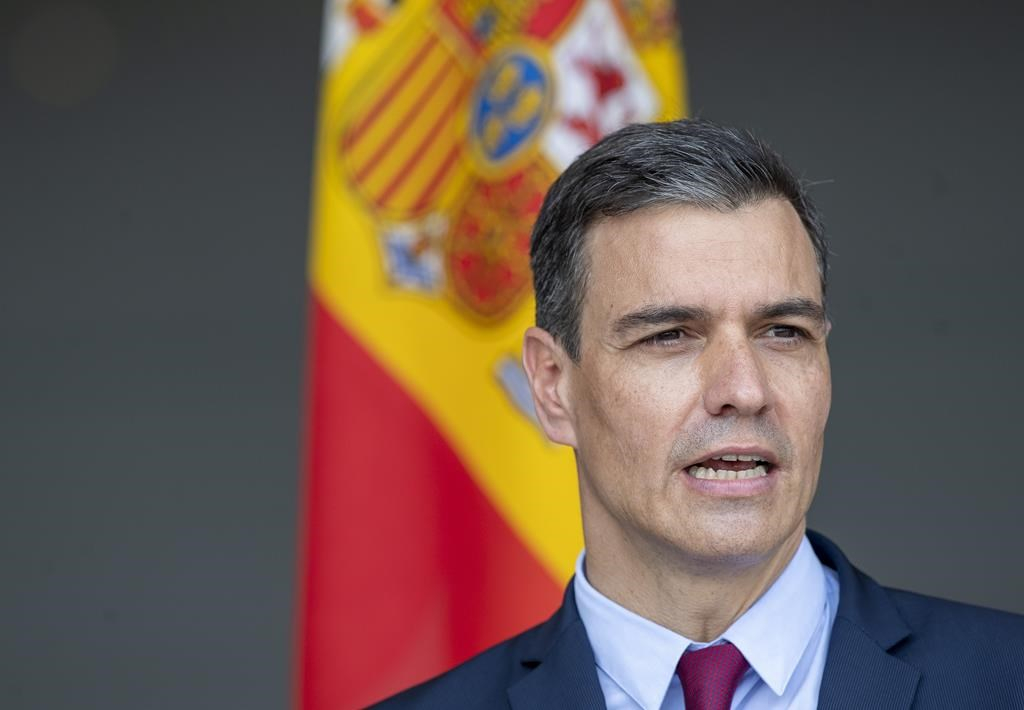 Spain's Prime Minister Pedro Sanchez answers questions during a meeting with the press at a Lithuanian air force base on Thurs. July 8, 2021. Photo by: Associated Press/Mindaugas Kulbis
Previous story
Next story

MADRID (AP) — The amount of meat that Spaniards eat has rattled the unity of Spain's governing coalition.

Members of Prime Minister Pedro Sánchez's progressist Cabinet are clashing over whether to discourage people in Spain from consuming so much ham, beef and other forms of animal protein. Supporters favor messaging on the health and environmental benefits of plant-based diets.

The internal debate ballooned to the point that the primer minister waded in from Lithuania while on an official visit there Thursday.

“To me, if you give me a rare, ribeye steak,.. that's unbeatable,” Sánchez said, stating his unequivocal position.

Since coming to power in early 2020, Sánchez’s center-left Socialists and the ministers representing the coalition's junior partner, the far-left United We Can, have clashed over how to respond to issues like transgender rights, spiraling rent prices, tax hikes and social benefits for the most vulnerable Spaniards.

Meat joined the areas of disagreement this week.

In a video posted Wednesday on social media, Consumption Minister Alberto Garzón, a leader of United We Can, called on people to consider putting less meat on their plates.

The minister cited data from the U.N.'s Food and Agriculture Organization that showed Spain as the European Union’s top meat consumer: 98 kilograms per person a year compared to an EU average of 76 kilograms.

Garzón said that 70 million cows, pigs, sheep, chickens and other farm animals are slaughtered for food each year in Spain, a country of 47 million, and that beef production, in particular, requires disproportionate amounts of water and releases greenhouse gases responsible for global warming.

“This doesn’t mean that we can’t have a family barbecue once in a while,” he added. “We just need do it with a bit more restraint and make up for the days when we eat meat by following them with eating more salad, rice, legumes and vegetables.”

“Livestock breeders don’t deserve this," Planas said during an interview with Cadena SER radio. “The industry is being subjected to profoundly unfair criticism and deserves respect for the honest work it does for all of us in food and in the economy."

A platform representing the six main industry associations published an open letter calling the Consumption Ministry's campaign “libelous” and alleging that Garzón had cherry-picked statistics to diminish against an economic sector that employs 2.5 million people.

Anafric, one of the organizations, accused the the minister of “criminalizing” an industry that “has adapted to both European and global environmental standards.” And UPA, a union of small farmers and livestock breeders, said it was outraged.

“We eat well in Spain. Our Mediterranean diet has placed us as the world’s third country in terms of longevity,” Román Santalla, a union spokesperson, said.

Epicurious swore off beef. Is it time to rethink what we eat?