Double-dosed Americans will be allowed into Canada by mid-August: Trudeau 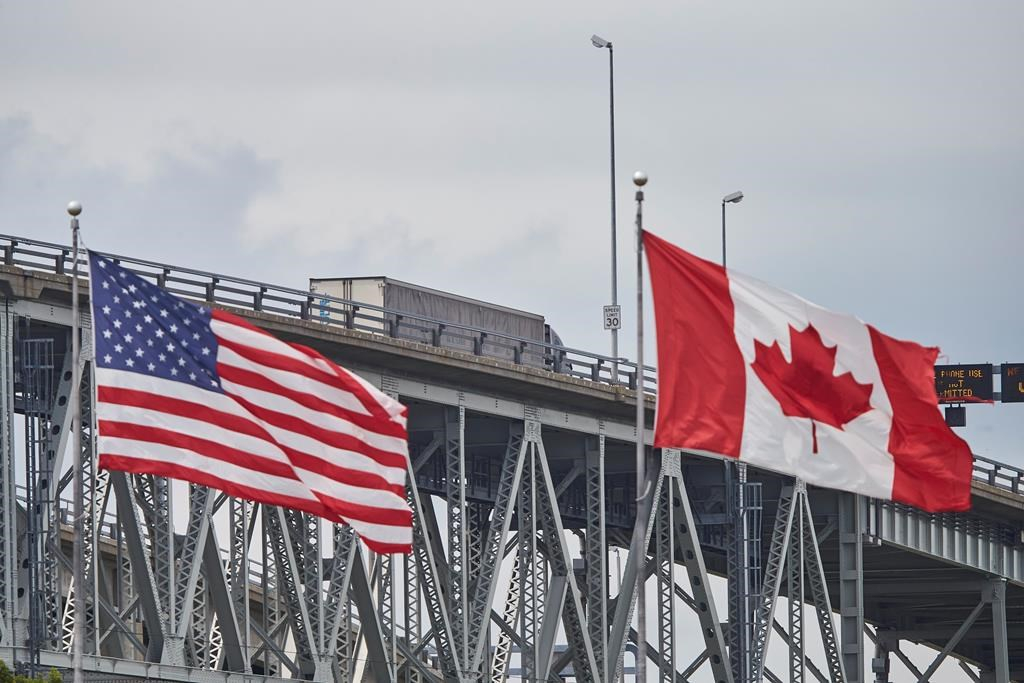 Canada is getting ready to welcome the world again, Prime Minister Justin Trudeau quietly indicated late Thursday as his office disclosed a target of mid-August for when the border might reopen for fully vaccinated Americans.

And if the vaccination rate remains on its current upward trajectory, fully vaccinated travellers from around the world could begin arriving by early September, Trudeau said during a COVID-19 status update with Canada's premiers.

The news was all but buried in the final paragraphs of a readout of the call from the Prime Minister's Office — a tactical show of modesty, perhaps, in a national capital where the scent of a looming federal election is in the air.

"The prime minister noted that, if our current positive path of vaccination rate and public health conditions continue, Canada would be in a position to welcome fully vaccinated travellers from all countries by early September," it reads.

"He noted the ongoing discussions with the United States on reopening plans, and indicated that we could expect to start allowing fully vaccinated U.S. citizens and permanent residents into Canada as of mid-August for non-essential travel."

The statement makes no mention of whether eligible U.S. visitors will be required to show proof of vaccination, a touchy subject in a country where personal freedoms are sacrosanct. The White House has already ruled out the idea of a vaccine "passport."

Trudeau also boasted that Canada is leading the G20 countries in vaccination rates, with 80 per cent of eligible Canadians having received at least one vaccine dose. More than half are fully vaccinated, Trudeau said.

Pressure has been mounting on the federal government to continue to ease the restrictions at the border, which have been in effect since March of last year. Much of it, however, has been coming from south of the border in question.

Senate Majority Leader Chuck Schumer is just one voice in a growing chorus of U.S. lawmakers, many of them from states and districts that border Canada, who have been calling of late for non-essential travel to resume for vaccinated people.

And polls are beginning to show that the widespread opposition in Canada to easing the border restrictions, which peaked at the height of the COVID-19 crisis in the U.S., has finally started to melt.

The restrictions, imposed by mutual agreement in March of last year as the pandemic began to hit hard, have been renewed on a monthly basis ever since. They are next set to expire on Wednesday.

"The prime minister indicated that ministers would share more details on these plans early next week," the readout says.

It also says the first ministers expressed support for reopening, provided the process is accompanied by "clarity and predictability."

They also discussed working "collaboratively" on some sort of vaccine credential and system to "enable Canadians to travel internationally with confidence."

States in Midwest call for reopening of Canada-U.S. border

If there's no accepted

If there's no accepted "vaccine passport", just have the border officers ask them to say "Donald Trump lost the last election". If they can't push those words past their lips, they're probably not vaccinated, whatever they claim.