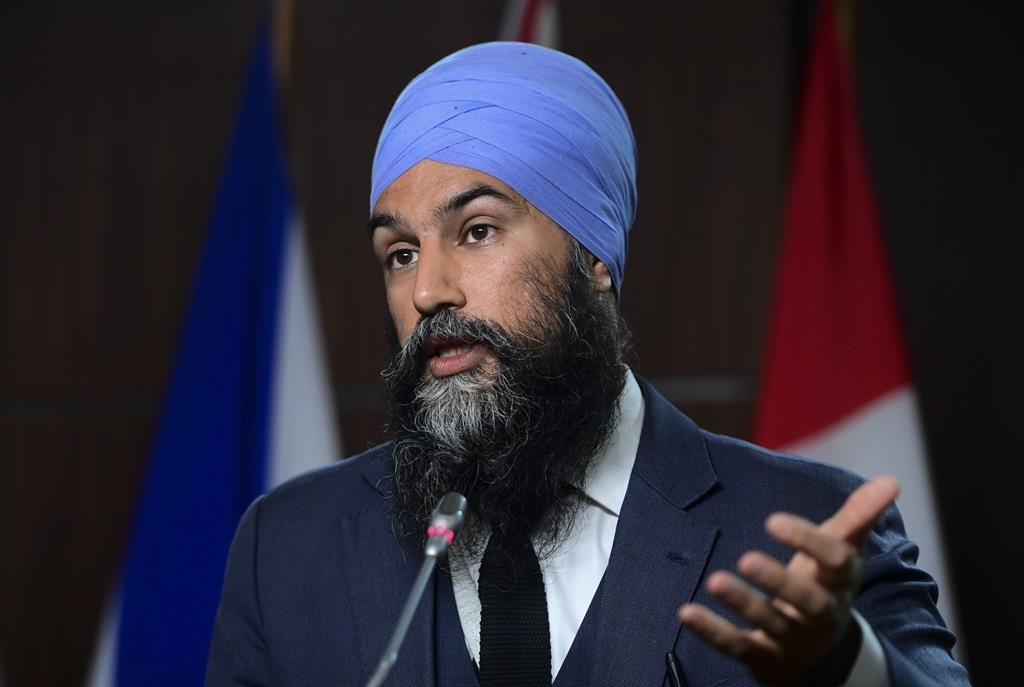 OTTAWA — NDP Leader Jagmeet Singh might have reason to smile only weeks before a possible election call as a new survey suggests more Canadians believe he would make a better prime minister than the Conservatives' Erin O’Toole.

While the survey by Leger and the Association for Canadian Studies had 25 per cent of respondents picking Justin Trudeau as the best prime minister, Singh wasn’t far behind with 19 per cent while only 13 per cent chose O’Toole.

The survey also found a three per cent increase in support for the NDP among decided voters, who otherwise remained largely unchanged in their support for the Liberals and Tories.

Thirty-four per cent of decided voters said they supported the Liberals, while the Conservatives stood at 29 per cent and the NDP at 22 per cent.

The online survey, conducted July 16 to 18, polled 2,069 Canadians. It cannot be assigned a margin of error because internet-based polls are not considered random samples.

The survey could represent bad news for O’Toole and the Conservatives as they continue to bump against what Leger executive vice-president Christian Bourque described as a “30 per cent glass ceiling” under O’Toole’s leadership.

Yet it could also signal trouble for Trudeau’s chances of winning a majority Liberal government as previous election results have seen the Liberals suffer from strong support for the NDP.

Bourque nonetheless cautioned against overstating how the NDP’s apparent uptick in support will play out during an election, saying that the results don’t necessarily translate into additional seats for the party.

“A lot will ride on Singh’s skills and strategic voting. The more the CPC is a threat, the more the Liberals will eat into NDP support in Ontario, Quebec and, maybe, Manitoba.”

Bourque believes the time is now for Trudeau to call an election and try to ride popular support for how the Liberals handled the COVID-19 pandemic if he wants to have any chance of winning a coveted majority government.

The survey found that 55 per cent of respondents believed Trudeau had performed well or very well in managing the pandemic, the area where he had the most such positive reviews.

“For Liberal strategists, this may not be the optimal window to drop the writ, but it likely remains the least worst for the next little while,” Bourque said in an email.

“Liberals need to eat support from the NDP and Greens, but also the Bloc Quebecois. That’s why running on their COVID-19 record — and record overall — needs to work.”