Reviews of a top Canadian film, some bad crowd behaviour and a feminist portrait 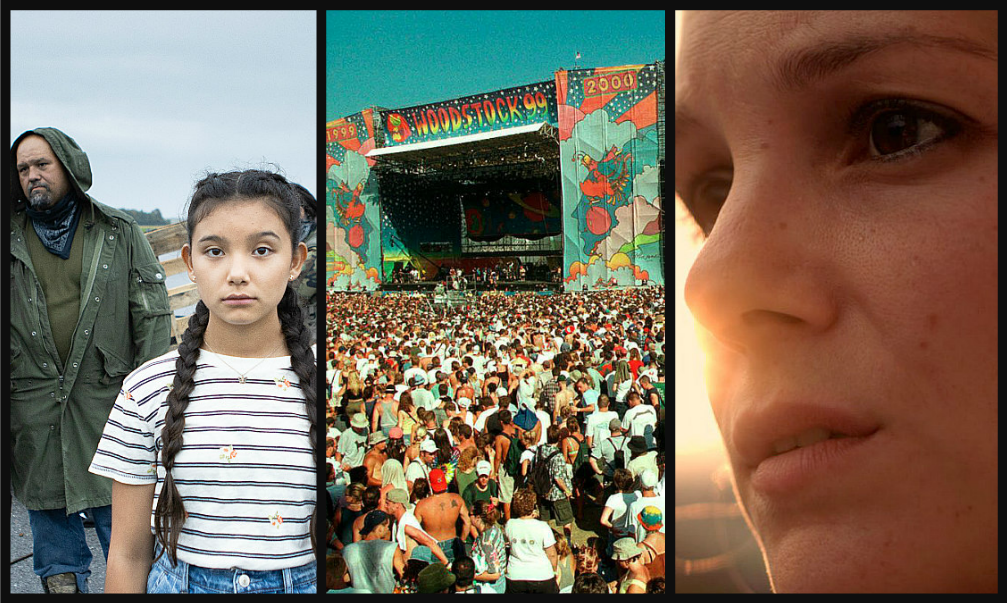 This week at the movies features another side of Guillermo del Toro and the usual side of M. Night Shyamalan as evidenced by their latest work. Plus a strong newcomer from France, a Canadian film everybody should see, and an unpleasantly informative bummer of a music festival.

Trollhunters: Rise of the Titans: 3½

BEANS: One of the gems of the last festival season is finally back. This is a very fine Canadian film that looks back at history, but would seem to resonate right now. This very strong drama with that small title recreates one person's memories of the Oka crisis that paralyzed part of Quebec 30 years ago. A town wanted to expand a golf course. The Mohawk community nearby said: Not on sacred ground, it’s a burial site. Before it ended, there were blockades, bridges closed, the military called in and hate expressed on both sides. Tracey Deer, who co-wrote and directed the film, was there as a 12-year-old. The film expresses the initial puzzlement she felt and gets across the fear and anger she developed. The key scene for her was riding in her mother’s car as irate locals threw rocks at the vehicle. The hate she saw that day stuck with her. I’ve seen news footage of the crisis, but not a scene like that.

The film's real impact is in showing ordinary people caught up in the event. Kiawentiio, a Mohawk actor known for the CBC TV series Anne with an E, plays Tekahentahkhwa, which, for convenience, became Beans. She’s an amiable daughter, but cautioned to “toughen up.” The crisis does that for her, and associating with a trio of more edgy teens brings out the outrage she feels. They go on some night-time sneaks through the woods, and in one scene, throw firecrackers at soldiers in the dark. The film is terrific in using archival footage from the time to give the context, both political (Bourassa and all) and the feelings (mostly negative) of ordinary people. (International Village, Cineplex Langley, Victoria.) 4 out of 5

WOODSTOCK '99: PEACE LOVE AND RAGE: More like a vision of hell, I'd say. Certainly by the night when fires were set, burned in the dark and capped a horrible weekend. That's according to recollections by many attendees, organizers and reporters for publications like SPIN magazine and The New York Times. They describe a feeling of malevolence that was building, anger at $4 bottles of water, spilling porta potties, mud, and then looting and sexual assaults. By, according to one musician, “a lot of white boys wearing backwards baseball caps.”

The festival was held in upstate New York on the 30th anniversary of the iconic original Woodstock, which was declared a celebration of peace and love. That didn't mean much to most of the fans at this one; they weren't even born back then. The mood was darker, scarier. They came to hear nu metal bands like Korn and Metallica, and when Fred Durst with Limp Bizkit sang Break Stuff, he was described as “completely out of his mind.” Fans tore down fences and toppled a sound tower. The Red Hot Chili Peppers didn't help either when they ended the festival with the song Fire as fires were burning in the dark distance. The film has many descriptions and often footage of a crowd out of control, women going topless, guys groping them (and worse), and others crowd-surfing in a giant mosh pit. Why was it so, is worth talking about. Directed by Garret Price for HBO Max and showing on Crave. 4 out of 5

ALICE: Sex workers get a sympathetic and strongly feminist defence in this French film, but with a far more sensitive attitude than the raucous Zola of a few weeks ago. This one mounts its support through the tale of a loving wife (Emilie Piponnier) who is startled to learn she has been done wrong. Her credit cards are denied. The bank says the mortgage hasn't been paid on her apartment and threatens to foreclose. The cause is her husband (Martin Swabey), who she discovers has been spending their money on high-priced prostitutes. A lot of it; all that she had inherited.

Her mother says it must be her fault. In such ways, the film builds the picture of a woman's difficult status in this society. Writer-director Josephine Mackerras works hard to outline the bad situation she's in and the bad person her husband is. (Not so much on whether she should have detected something before this.) Her response is novel, though. She phones the escort agency he patronized just to find out more about that world, and finds herself invited to join. Another escort (Chloé Boreham) gives her some tips, and she takes the job. That sets up two story strands: finding child care for her son, and a couple of sex-work episodes, one of which is one of the creepiest ever depicted. The film's ending is weak, pretty suspect, actually, but the situation that it builds before that and her striving for financial independence is very well-portrayed. (Find it at Vimeo on Demand, iTunes or Apple TV.) 3½ out of 5

TROLLHUNTERS: RISE OF THE TITANS: Guillermo del Toro is best known for the movies he directs, like Pan's Labyrinth and The Shape of Water (for which he won two Oscars). But based on a book he wrote with Daniel Kraus, he also created an animated TV series that ran for three years (Trollhunters: Tales of Arcadia). He followed it with two more (3Below and Wizards), all of them interconnected, and now brought one that tops them all. The characters and creatures from all three come together in this one Netflix movie that's one of the most imaginative animated films I've ever seen.

California teen James Lake Jr. (voiced by Emile Hirsch), who found a magic amulet in the first series, has lost it, and maybe all his power. The forces he battled have regrouped and seek to reawaken three titans who together will cause the Earth to be reborn as it was at its creation. Sounds OK, except that it would burn the oceans, flood the cities and “erase life.” He, his pals, the two alien royals from 3 Below (one voiced by Tatiana Maslany), wizards and other sundry characters (one voiced by Kelsey Grammer) have to fight this. First they have to find where (a train system's roundhouse is a start), and Greenland, Brazil and the South China Sea are where else. There are a series of spectacular battle sequences with the titans rendered in wonderful animation, often with sprays of fire and sparks or rock walls collapsing, a plane exploding or a bridge falling apart. There's even a theme to ponder: Destiny and how much does it control you? (Netflix.) 3½ out of 5

SNAKE EYES: It's a movie nobody asked for, but it's here and does deserve some attention. Henry Golding is the star. You'll remember him from Crazy Rich Asians, and he's been touted as a possible James Bond. Here he's called on to move out of what he does best, exude charm (which he still does at times), into the unfamiliar ring of martial arts. He hasn't mastered that yet, and the choppy editing, as well as the unexciting directing of Robert Schwentke, doesn't help him much. So the story has to make up for it, and I was engrossed by it for quite some time until it turned convoluted as it strained under the demands put on it. It has to tell the backstory of a character we hardly know in the G.I. Joe crew and thereby revive this Hasbro toy company property.

He's driven by revenge. As a boy, he saw his father killed, and as an adult, he gets into fights on the docks in Los Angeles (both scenes filmed in Vancouver). He is then invited to Japan to join an ancient clan of ninjas. He has to keep the woman who leads it on his side and her security chief's suspicions away, succeed at three fighting tests to get in (one against a real martial artist, a third with giant anacondas), and also learn the ethos (“abandon ego; strike with honour”). His real goal is to grab a mystical jewel for an underworld guy who promises to find out for him who killed his father. Much of this is fun, but gets confusing as characters' motivations seem to waver and when, very late, dad's death is explained and the G.I. Joe future is hinted at. Fans might care about that. (Scotiabank, Marine Gateway and many suburban theaters.) 2½ out of 5

OLD: Your reaction to M. Night Shyamalan's new fantasy offering may well depend on how well you can suspend your belief. I mean, a remote beach where people find they're aging much faster than normal? Seven days in just three hours, as it's said at one point? Where cuts can heal immediately and a pregnancy comes to term extremely fast? Accept all that, and you might buy into the film's bigger goal, to ponder issues like death, getting old, and (especially relevant these days) possible infection and confinement.

A family (Gael García Bernal, Vicky Krieps, and two kids) goes on vacation to a posh resort that they found online and are taken on a day trip to a hidden beach that's supposed to be secret and exclusive. But other guests are there, too, and strange things happen. A body is found floating, a doctor (Rufus Sewell) blames a guest (a rapper) for another death, and an old woman has heart failure. The children grow into teens and then young adults in what seems like a day. Nobody can leave the beach and somebody is watching from a cliff top. The film moves at a zippy pace and deftly raises a feeling of dread, but goes overboard when some of the adults grow unnerved and rant like crazy people. All is explained eventually, not in a big twist ending that M. Night is known for, but in a reveal that fits what we've seen, but not logic. (5th Avenue, Scotiabank, Marine Gateway and suburban theatres, including the new Brentwood.) 2 out of 5