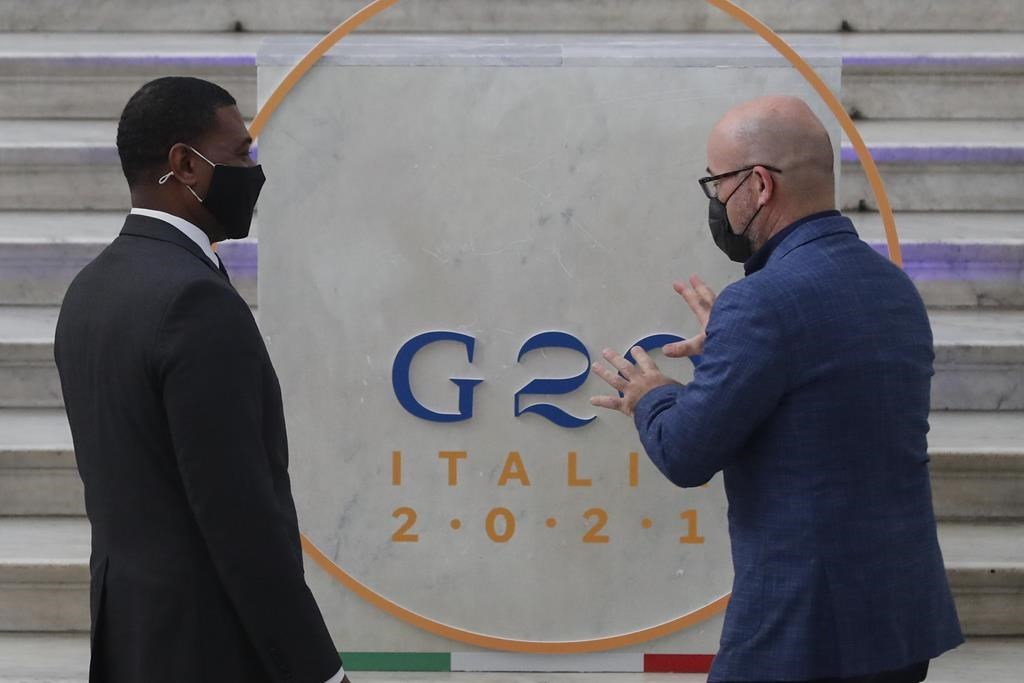 WASHINGTON (AP) — In a major step against climate change, President Joe Biden is proposing a return to aggressive Obama-era vehicle mileage standards over five years, according to industry and government officials briefed on the plan. He's then aiming for even tougher anti-pollution rules after that to forcefully reduce greenhouse gas emissions and nudge 40 per cent of U.S. drivers into electric vehicles by decade’s end.

The proposed rules from the Environmental Protection Agency and the Department of Transportation reflect Biden's pledge to attack climate change but also balance concerns of the auto industry, which is urging a slower transition to zero-emission electric vehicles.

The regulatory action would tighten tailpipe emissions standards rolled back under President Donald Trump. The proposed rules are expected to be released as early as next week, according to the officials, who spoke on the condition of anonymity because the rules haven't been finalized.

Environmental groups said Tuesday that the proposal did not go far enough.

“The world isn’t the same as it was in 2012 when President Obama signed the clean car standards,” said Katherine Garcia, acting director of Sierra Club’s Clean Transportation for All campaign. “Millions of Americans have had to swelter in heat waves, evacuate their homes in the face of onrushing wildfires, or bail out flooded homes.”

Biden has set a goal of cutting U.S. greenhouse gas emissions by at least half by 2030. The transportation sector is the single biggest U.S. contributor to climate change.

The proposed rules would begin with the 2023 car model year, applying California's 2019 framework agreement on emissions standards reached with Ford, Volkswagen, Honda, BMW and Volvo, according to three of the officials. The California deal increases the mileage standard and cuts greenhouse gas emissions by 3.7 per cent per year.

Requirements ramp up in 2025 to Obama-era levels of a five per cent annual increase in the mileage standard and a similar cut in emissions. They then go higher than that for model year 2026, one of the people said, perhaps in the range of six or seven per cent.

Neither EPA nor the Transportation Department would comment on the proposal.

The new standards aim to go partway in meeting the call from environmental groups, which had pushed for a more immediate return to at least the Obama-era standards.

“We’re at the climate cliff, and the stakes are too high to aim low,” the Center for Biological Diversity will write in a full-page ad in The New York Times on Wednesday urging tough action. Dan Becker, director of the center's Safe Climate Transportation Campaign, on Tuesday said the administration's proposal is inadequate because it embraces two years of the California deal, which offered a number of exemptions.

U.S. President Joe Biden is proposing a return to aggressive Obama-era vehicle mileage standards over five years, according to industry and government officials briefed on the plan. #USpoli #EVs

In the proposed rule, the EPA is likely to make a nonbinding statement that the requirements will ramp up even faster starting in 2027, forcing the industry to sell more zero-emissions electric vehicles, the industry and government officials said. For now, the agency is seeking to ask that 40 per cent of all new car sales be electric vehicles by 2030, according to one of the officials.

The Biden administration defers for now in setting post-2026 mileage requirements, setting the stage for bigger fights ahead over the level of government effort needed to combat climate change against the future of the auto industry, which currently draws most of its profits from gas-powered SUV sales.

Delaware Sen. Tom Carper, who chairs the Senate Environment and Public Works Committee, has been urging tough rules that would ban sales of new gasoline-powered passenger vehicles by 2035. He's argued that the industry is already moving in the direction of zero-emission electric vehicles.

Under Obama, automakers were required to raise fuel economy five per cent per year from 2021 through 2026. But under Trump, that was reduced to 1.5 per cent annually. In 2019, five automakers — Ford, BMW, Honda, Volkswagen and later Volvo — split with competitors and reached a deal with California to raise mileage by 3.7 per cent per year.

Trump later repealed California’s legal authority to set its own standards, which the Biden administration is moving to restore.

The Trump rollback of the Obama-era standards would require a projected 29 miles per gallon in “real world” stop and start driving by 2026. That’s well below the requirements of the Obama administration rules that would have increased it to 37 mpg.

The California deal with Ford and the other automakers has vehicles getting about 33 mpg on average, according to environmental groups, after accounting for credits for electric vehicles.

It wasn’t clear whether the Biden administration would restore credits for selling electric vehicles, but that is likely since EVs are a cornerstone of its plan to fight climate change. Biden’s nearly $2 trillion infrastructure proposal includes 500,000 new charging stations for electric cars and trucks, and he has proposed tax credits and rebates to help spur sales.

Under the Obama-era standards, automakers got double credit for fully electric vehicles toward meeting their fuel economy and pollution requirements. That “multiplier” was removed in the Trump rollback.

Several automakers including General Motors have expressed a commitment to transition to all electric vehicle sales, though environmental groups are skeptical the companies will stick to their promises if consumers continue to favour gas-powered cars, which now cost less. Potentially easing the transition for automakers is a nearly trillion-dollar bipartisan Senate infrastructure bill that would help fund the half-million new electric charging stations around the country. An accompanying $3.5-trillion Senate spending bill backed by Democrats was expected to provide tax credits and other incentives for consumers to switch to electric vehicles.

Those measures are still pending in Congress.

The move comes at a time when Americans are buying record numbers of less-efficient pickup trucks and SUVs, which will make it harder for the industry to comply. So far this year, more than three-quarters of U.S. new vehicle sales were trucks, vans and SUVs, according to Edmunds.com. Fewer than a quarter were more efficient cars.

Only three automakers — Tesla, Honda and Subaru — complied with the standards in 2019, the latest year figures are available from the EPA. The rest had to use fuel efficiency credits from previous years or buy electric vehicle credits from other automakers to hit their goals.

Fully electric vehicles represent just two per cent of new vehicle sales in the U.S., but analysts expect that to rise rapidly in coming years.