Free tampons, pads could be in federal workplaces by fall 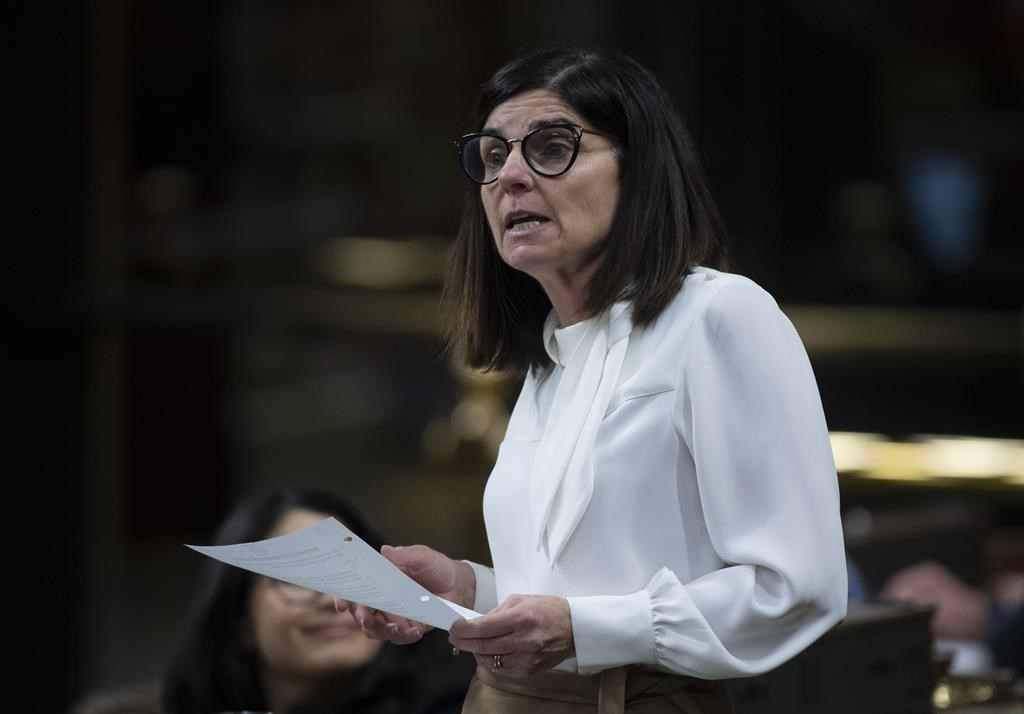 Labour Minister Filomena Tassi responds to a question during Question Period in the House of Commons on Thursday, December 3, 2020 in Ottawa. File photo by The Canadian Press/Adrian Wyld
Previous story
Next story

Canada's labour minister was told earlier this year that efforts to provide free tampons and pads in federally regulated workplaces could cost employers more than $1 million annually to become a reality.

The March briefing note to Filomena Tassi estimated the annual employer costs would likely be $1.17 million to provide free tampons and pads, based on an annual, per-employee cost of almost $60 and assuming a 50-per-cent take-up rate.

A 100-per-cent take-up rate would put the cost closer to $2.3 million annually.

Officials noted the numbers may understate the need and demand because it only accounted for women and not all employees who menstruate.

Tassi says in a statement that officials spoke in early June with experts about outstanding questions and issues with the idea, and plan to speak with labour and employer groups over the summer and fall.

She says the government is "firmly committed" to moving forward on the issue after the coming consultations.

“Menstrual products are a basic need for many Canadians, however they are often not treated as such," Tassi said in a statement. "Simply put, menstruation is a fact of life, and part of supporting the health and safety of employees."

The government first outlined the proposed change to the labour code two years ago in May 2019, but it wasn't until last October that labour officials decided to look at the issue anew when the government was presented with a petition.

Officials wrote to Tassi that they estimate about 40 per cent of the federal workforce uses menstrual products, "which highlights the far-reaching implications of this initiative."

Getting a better handle on the situation in workplaces, and the ability of employers to manage the additional requirements, was problematic.

The briefing note says stakeholders were stretched to take part in talks on new initiatives because of the pandemic and myriad consultations on other regulatory issues.

Liberals look to fall for movement on having free tampons, pads in federal workplaces. #CDNPoli

Federal labour officials have heard repeated concerns from workers about the lack of menstrual products in workplaces, and worries that it could lead to hygiene and health issues particularly if, as the briefing note says, workers turn to "unsuitable improvised solutions" or "extend the use of products beyond their recommended time frame."

Some workers may avoid coming to work completely because of the "shame and stigma that often surrounds menstruation," officials noted.

The note also said workers in federally regulated sectors like airports could also face higher costs if a period starts unexpectedly as convenience stores or airport pharmacies have "significant cost markups on the price of the produce."

Issues were also flagged with workers who may be in rural or remote locations, which Tassi's office noted as an issue that needed further clarity for employees with multiple or remote workplaces like truckers.

The proposed change to the Canada Labour Code's sanitation provisions are also likely to come with an administrative amendment to recognize gender-neutral washrooms.

The labour code sets outs the number of toilets that employers have to provide based on sex, but doesn't count all-gender or gender-neutral toilets if those are the only toilets provided.

"Fear of harassment and stigma can prevent gender diverse employees from using the washroom when needed, causing physical discomfort, which can be disruptive to daily activities at work," officials wrote to Tassi.

"As a result, employers are increasingly providing all-gender washrooms for their employees."