Alberta ends isolation rules for people with COVID and their contacts 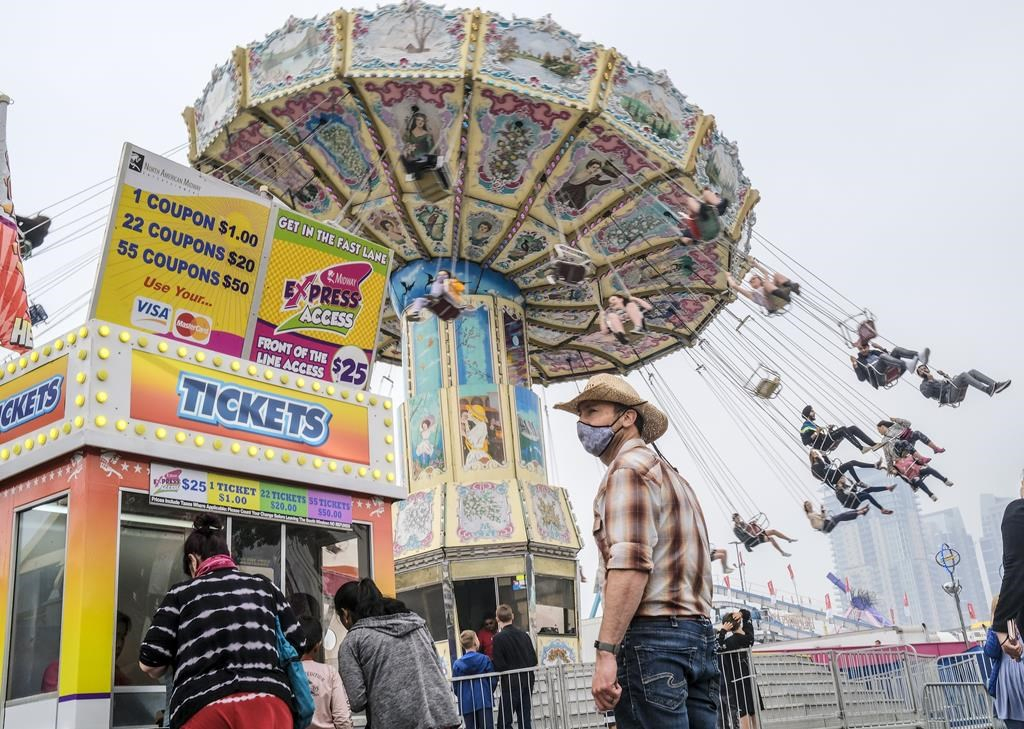 Visitors to the Calgary Stampede line up for tickets in Calgary on Sunday, July 18, 2021. Alberta Health says 71 people likely acquired COVID-19 while attending the Stampede. File photo by The Canadian Press/Jeff McIntosh
Previous story
Next story

Alberta is ending isolation requirements for people who test positive for COVID-19 and their close contacts as cases climb in the province.

Starting Thursday, close contacts will no longer be notified of exposure by contact tracers nor will they be legally required to isolate — although it still recommended. The province will also end asymptomatic testing.

"With the vaccine readily available, the need for the types of extraordinary restrictions we used in the past has diminished," Hinshaw said.

"We need to make sure that Alberta's health system is able to support all patients. That is why we are making changes to bring COVID-19 measures in line with how we handle other respiratory viruses."

Further measures will be eliminated Aug. 16. People who test positive for the virus will not be mandated to isolate at that time. Isolation hotels will also close as quarantine supports end.

The changes came as the province recorded 194 cases of COVID-19 — the highest daily case count since early June.

Active cases now total 1,334 across Alberta. Eighty-four people are in hospital, including 18 in intensive care.

Hinshaw said COVID-19 will not disappear but suggested the steps are crucial to manage health-care resources.

The latest reported R-value, or rate of infection, for Alberta was 1.48 for the week of July 19 to July 25. The rate was slightly higher in Calgary at 1.5 — one of the highest R-values seen in Alberta throughout the pandemic.

Dr. Craig Jenne, an infectious disease expert at the University of Calgary, said Albertans shouldn't panic, but recent case numbers are cause for concern.

“We have the fewest protected people and yet also the fewest public health guidelines to help limit that spread if an outbreak begins," he said Tuesday, referring to Alberta's lower vaccination rate compared to other provinces.

"It doesn't guarantee that we're going to see a dramatic rise in cases, but it absolutely creates the potential for rapid and sustained viral spread.”

Jenne said it's positive to see hospitalizations and intensive care unit admissions decline but noted that they are lagging indicators.

If the numbers were to change, he said, the province would need to consider reintroducing some public health restrictions.

The Calgary Zone represents about 60 per cent of Alberta's active cases.

Hinshaw said at least 84 cases in Alberta's rising total were likely acquired at the Calgary Stampede.

Alberta Health spokesman Tom McMillan said Tuesday the 10-day rodeo and festival attended by about 529,000 people isn’t a significant driver, so far, in rising infections in the province.

Masks were not compulsory for attendees, but the Nashville North music venue required proof of vaccination or a negative rapid-test result to enter.

Dr. Stephanie Smith, an infectious disease specialist at the University of Alberta, said it's too early to know the repercussions of the Stampede.

"We can anticipate there will be secondary infections from the initial 71," Smith said Wednesday, before the cases linked to the event increased to 84. "We need to look over the next two to three weeks to see if we see a jump."

McMillan said the province does not have figures on secondary exposure from positive cases.

Smith said it's hard to link the current rise in infections to the Stampede alone.

Lifting almost all COVID-19 restrictions in Alberta on July 1, just before the festival, along with spread of the highly contagious Delta variant, which was first identified in India, are likely the key drivers, she said.