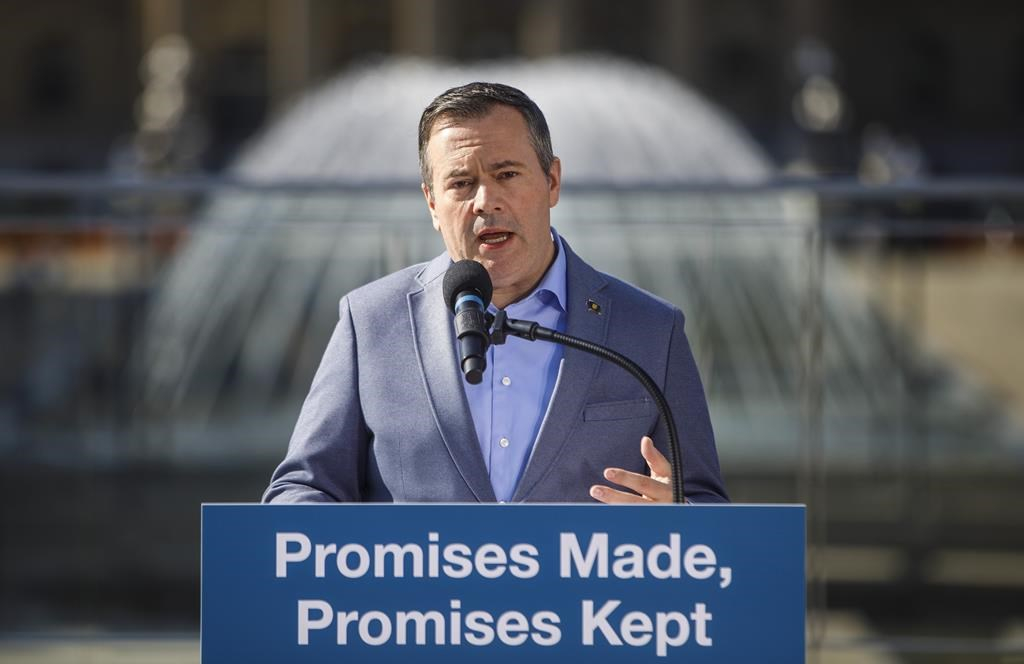 The public inquiry report into what the Alberta government labels troublesome foreign funding of enviro-groups was delivered Friday – a year late and million dollars over its original budget.

“When my final report is made public, I believe Albertans will gain a new understanding of how foreign funding has played an influential role in public policy and political discourse,” inquiry commissioner Steve Allan said in a statement after delivering the report to Energy Minister Sonya Savage.

“It us up to Albertans alone to determine how they wish to see their public policy and political will realized, unfettered by the influence of foreign monies.”

Savage has up to three months before she is legally obliged to release the report to the public.

In a statement, Savage said they will meet that commitment, adding “This report represents a significant milestone.

“We expect that decisions about our economy and the development of our natural resources must rest with Albertans and not well-funded foreign special interest groups.”

The inquiry was an election promise from Premier Jason Kenney, who said he wanted to get to the bottom of concerns Canadian enviromental groups were being used as cutouts and cat's-paws by competing foreign interests to stymie Alberta’s wellspring oil and gas industry.

Allan, a forensic accountant, was given the assignment in July 2019, but he missed multiple deadline extensions -- the COVID pandemic and legal challenges were cited as reasons.

The inquiry cost a million dollars more than the original price tag of $2.5 million.

Critics say recently leaked draft versions of Allan’s report clears environmental groups of any lawbreaking or wrongdoing but nevertheless tars them as "anti-Albertan" for challenging non-renewable resource projects on the grounds of environmental protection.

The groups have said any foreign funds make up a tiny fraction of their bottom lines.

They call the inquiry a buffoonishly sinister attempt to silence and intimidate them, with no public hearings, little evidence made public, little time to respond to accusations, and terms of reference so elastic they were changed twice.

“This has been something out of 'Alice in Wonderland,'” said Keith Stewart, a senior energy strategist with Greenpeace Canada.

“We got funding from international foundations. It was about two per cent of our revenue over a decade.

“We got a lot more money from Albertans.”

He said Greenpeace Canada has been one of the inquiry's targets and that letters to Allan asking for information and details were ignored.

“We don’t even get to publicly defend ourselves or even see the evidence against us. (Allan) says, ‘I interviewed 100 people.’ He won’t tell us who they were. How are we supposed to respond to evidence that we’re not allowed to see?” said Stewart.

University of Calgary law professor Martin Olszynski said “anti-Alberta” is not an innocent term but a broad-based slur, easily and gleefully weaponized by political opponents. He said it turns those concerned with the pace of resource development and its effect on the environment into scapegoats and depicts them as traitors to the community.

“The precedent (from the inquiry is) anything can become anti-Alberta, essentially anything that the premier disagrees with,” said Olszynski.

“To some extent a government has a democratic mandate, but it only goes so far. It can’t go to the point where opposition to that mandate -- dissent -- is branded as treason and sedition.

Allan, in his statement, said he didn’t have the time or the money to conduct public hearings but instead pursued a “hearing-by-correspondence” process. He said those potentially impacted by his findings were given an opportunity to respond.

“I have endeavoured to hear from and report on the multitude of views on these matters,” he wrote.

Olszynski said there’s a good chance Allan’s final report will be challenged in court on the grounds it is procedurally flawed and reached unqualified conclusions.

“Inquiries are not courts of law … but it’s not the Wild West,” he said.

“Leaked drafts of the report show the inquiry relied on misinformation found in Google searches and ‘research’ conducted by the UCP’s own ridiculous war room,” said Ganley.

“But despite putting their thumb on the scale with this shoddy research, the inquiry was still forced to conclude there was no wrongdoing or illegal activity.”

This report by The Canadian Press was first published July 30, 2021

Energy Minister Sonya Savage: "We expect that decisions about our economy and the development of our natural resources must rest with Albertans and not well-funded foreign special interest groups."
Inquiry commissioner Steve Allan: "It us up to Albertans alone to determine how they wish to see their public policy and political will realized, unfettered by the influence of foreign monies."
Presumably, that would exclude the influence of largely foreign- and pan-Canadian owned oil companies.
*
Representing 12% of Canada's population, Alberta accounts for 38% of Canada's (under-reported) emissions. (2019)
Unfortunately, what is emitted at home doesn't stay at home. We share one atmosphere. An atmosphere that does not recognize borders. The atmosphere and the oceans are a global commons.
Whether Canada meets its targets or not depends in part on what Alberta does.
When Alberta separates and becomes its own independent nation, then it can decide its own climate policy. And other nations can treat Alberta like the climate pariah it is.
Following Kenney's logic, no one except Brazilians have a say in protecting Brazil's Amazon rainforest. Everyone else should butt out while Bolsonaro mows it down.
Following Kenney's logic, no one except British Columbians should have a say in protecting their waterways from oil spills and their killer whales from oil tankers. Does Kenney really want to go there?
Who likes this argument? Extractive industries who can count on the support of local workers and industry-captured politicians. To h*ll with the environment.

Allan, in a letter this week

Sounds like something from a Monty Python skit; funny if it wasn’t so sad. Another pile of wasted $ courtesy of the Archie Bunker style government elected to govern AB.