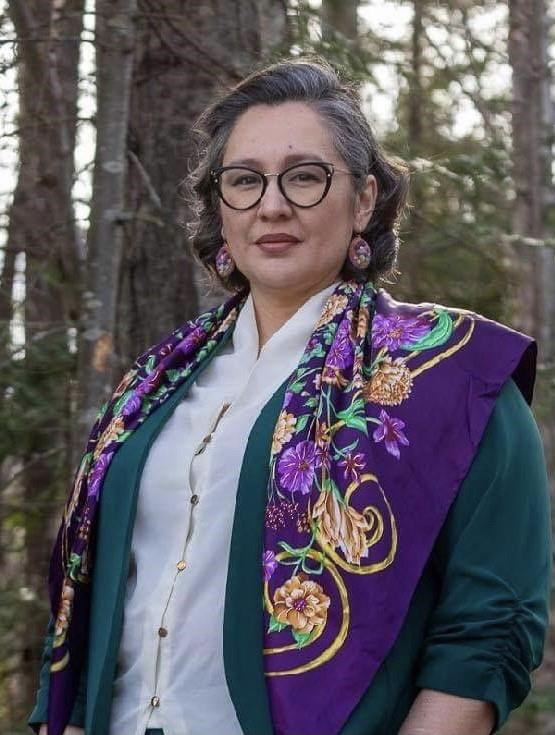 Mandy Gull-Masty, shown in this handout image, has become the first woman to be elected grand chief of Quebec's Cree Nation. Handout photo by The Canadian Press
Previous story

It's no coincidence that a wave of Indigenous women have won leadership roles previously held only by men, say leaders and advocates.

They argue it's a sign of the times that Mandy Gull-Masty was elected the first female Grand Chief of the Cree Nation in northern Quebec this week, after Kahsennehawe Sky-Deer and RoseAnne Archibald became the first women voted in to lead the Mohawk Council of Kahnawake and the Assembly of First Nations, respectively.

"The communities are asking for change and how do you get that change? Well, women come forward with a different perspective," said Lynne Groulx, CEO of the Native Women's Association of Canada.

"Communities are pushing, they want change. They're in crisis. We know that we have matriarchal societies, women were involved in leadership roles before."

Groulx said the crisis includes the legacy of residential schools and the lack of clean drinking water on reserves.

While Groulx said that winning elections takes sacrifices -- and that women face sexism and other systemic barriers, sometimes within their own communities -- she expects more Indigenous women to come forward and stand for election.

Gull-Masty, who won 64 per cent of the vote in a run-off election held Thursday, said breaking the glass ceiling in her nation was "absolute pleasure," but that other Cree women helped pave the way.

"There have been many influential women, they may not have held an official title, but they've played important roles in developing who we are," she said in an interview Friday.

Gull-Masty, who was elected deputy chief in 2017, said she focused on connecting with as many people as possible as she campaigned across the 300,000-square-kilometre territory of Eeyou Istchee.

Now, she said, her first priority is returning to those communities to meet with local leadership, youth councils and elders.

"I wanted our youth to really feel engaged in this process, so that whatever election comes up next, they feel that they can participate and they understand the governance and the Cree Nation."

For Gull-Masty, incorporating Cree values and Cree traditions into the nation's decision-making process is major priority, adding that protecting the Cree language, culture and land are a big part of that.

She said she also wants to create opportunities for young people who leave the community to pursue higher education to return, particularly to start businesses.

"This was my path, I had to leave my community to go to college and university and when I came home, it was a big challenge to reintegrate into my community and find employment," she said.

In Kahnawake, south of Montreal, Sky-Deer said she's pleased to see other women being elected.

She feels it's important to move back towards traditional forms of governance, which include having women in positions of power. Traditionally, she noted, clan mothers selected chiefs.

She said she wants to meet with other women who have recently won Indigenous elections and hopes that there will be opportunities for them to work together.

"That to me is inspiring and if women can band together and show a different way of doing things, I think that's where some changes will come," she said in an interview Saturday.

Michèle Audette, who was appointed to the Senate on Thursday, said the election wins -- and the appointment of Governor General Mary Simon, the first Indigenous person in the role -- come after years of effort.

"It's more than a coincidence, it's the hard work of our ancestors and the people and allies that walk with us," Audette said in an interview Saturday.

Audette, a former commissioner of the National Inquiry into Missing and Murdered Indigenous Women and Girls, said the victories send a positive message to young women and girls.

"The message that it's sending is that no matter which part of this huge Turtle Island you're from, there is no limit, you can achieve a dream" she said. "For me it's showing that we're amazing, we're capable and we can do it."

While Indigenous women are finding success in a wide variety of fields, as scientists, business owners and fishing boat captains, she said the political victories are important because of their high profile.

Gull-Masty, meanwhile, said she's happy to be a role model.

"When I was a young girl, not too long ago, there were not very many female role models. Now I'm pleased to be part of a group that's going to create a space for young girls to look up to women in leadership," Gull-Masty said.

This report by The Canadian Press was first published July 31, 2021.