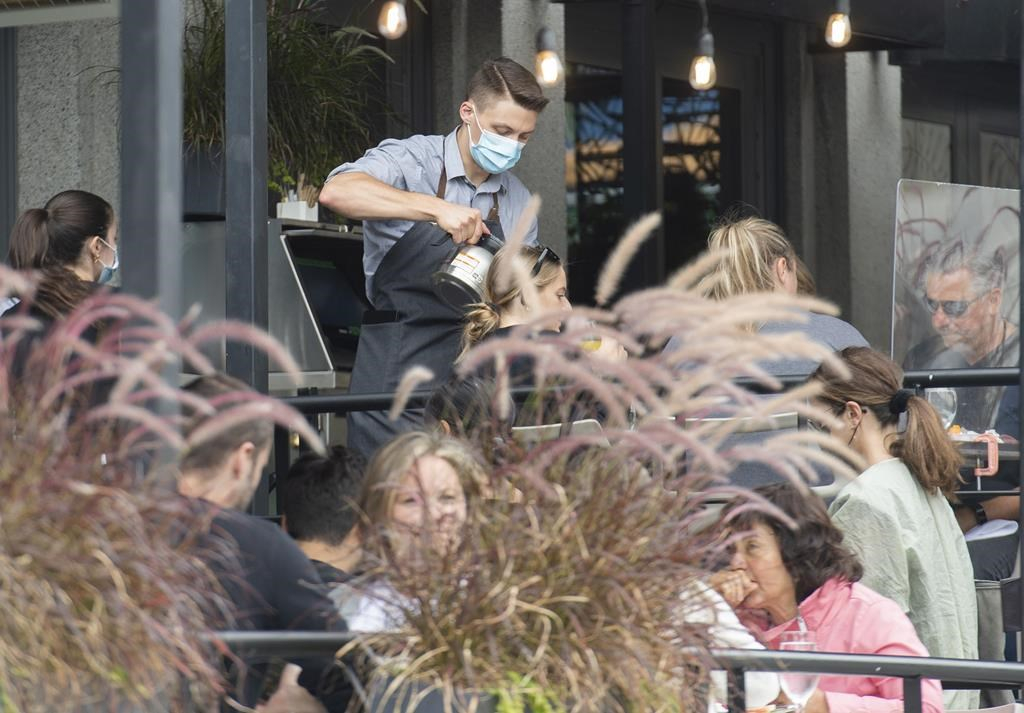 A masked server pours a drink out for customers at a restaurant in Montreal, on Aug. 1, 2021. Photo by The Canadian Press/Graham Hughes
Previous story

Quebec lifted further COVID-19 restrictions across the province on Sunday, including extending closing times for bars and restaurants, and increasing capacities for gatherings.

The health ministry announced the latest relaxed COVID-19 measures for the beginning of August on July 26.

Quebecers are now allowed to drink alcohol in bars and restaurants until 1 a.m., gaining an additional hour from the previous restrictions set at midnight.

Indoor venues and stadiums can now seat 7,500 people, with a maximum of 500 per section, and outdoor festivals can have up to 15,000 with pre-assigned seats.

The Montreal Alouettes football team was among the first in the sports community to respond with joy when the announcement came last week, saying they were "extremely pleased" and that it would "allow the team to host up to 15,000 fans at Percival Molson Memorial Stadium."

The Alouettes will play their first game of the season Aug. 27 against the Hamilton Tiger Cats.

"The team and public health have worked hand in hand to put a plan in place, which will allow the Alouettes to safely host fans," the team said in a news release last week.

The city's soccer team, CF Montreal, also announced they were hosting home games at Saputo Stadium with fans in all sections, starting on Aug. 4 in a match against Atlanta United.

Quebec is, however, maintaining mandatory masks and social distancing in enclosed public spaces and transit.

This report by The Canadian Press was first published on Aug. 1, 2021.