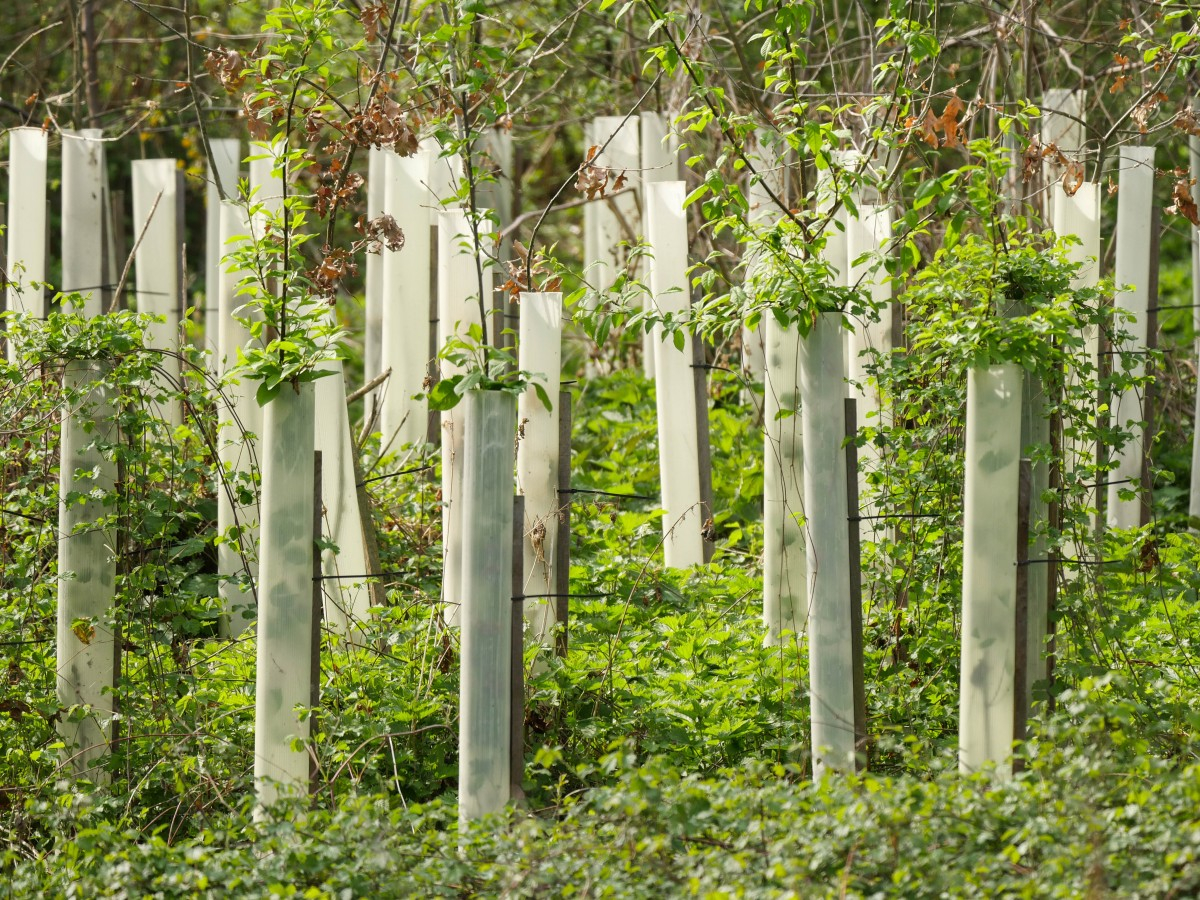 Saplings are planted. Oxfam is calling on companies and governments to focus on cutting emissions rather than relying on offsets. Photo by MonikaP / Pixabay
Previous story

Governments and businesses hoping to plant trees and restore forests in order to reach net-zero emissions must sharply limit such efforts to avoid driving up food prices in the developing world, the charity Oxfam has warned.

Planting trees has been mooted as one of the key ways of tackling the climate crisis, but the amount of land needed for such forests would be vast, and planting even a fraction of the area needed to offset global greenhouse gas emissions would encroach on the land needed for crops to feed a growing population, according to a report entitled Tightening the net: Net-zero climate targets implications for land and food equity.

At least 1.6 billion hectares — an area five times the size of India, equivalent to all the land now farmed on the planet — would be required to reach net zero for the planet by 2050 via tree-planting alone. While no one is suggesting planting trees to that extent, the report’s authors said it gave an idea of the scale of planting required, and how limited offsetting should be if food price rises are to be avoided.

Nafkote Dabi, climate policy lead at Oxfam and co-author of the report, explained: “It is difficult to tell how much land would be required, as governments have not been transparent about how they plan to meet their net-zero commitments. But many countries and companies are talking about afforestation and reforestation, and the first question is: Where is this land going to come from?”

Food prices could rise by 80 per cent by 2050, according to some estimates, if offsetting emissions through forestry is overused. About 350 million hectares of land — an area roughly the size of India — could be used for offsetting without disrupting agriculture around the world, but taken together, the plans for offsetting from countries and companies around the world could soon exceed this.

Dabi said: “Already, hundreds of millions of people around the world are going hungry. We need to consult countries on how they are going to use their land, and countries and companies need to reduce their emissions first (before relying on offsetting). We also need to reduce emissions from agriculture, which is the second-biggest source of emissions globally.”

The report also found that two of the most commonly used offsetting measures, reforestation and the planting of new forests, were among the worst at putting food security at risk. Far better, according to the analysis, were nature-based solutions that focused on forest management, agroforestry — the practice of combining crop cultivation or pasture with growing trees — as well as pasture management and soil management in croplands. These would allow people to use the land for food while sequestering carbon.

Dabi explained: “We are not against afforestation and reforestation, and we do not want to stop people doing these things. But they should not be used at a large scale and should be combined with other methods, such as agroforestry.”

She gave the example of Switzerland, which is planning to offset about 12.5 per cent of its emissions through carbon credits from projects in other countries, including Peru and Ghana. To reach that target would take an area the size of Costa Rica, Oxfam estimated.

Food prices could rise by 80 per cent by 2050, according to some estimates, if offsetting emissions through forestry is overused. #Oxfam #reforestation #FoodSecurity #CarbonOffset

Some companies are also planning to use carbon offsetting based on trees and land as part of their efforts to reach net-zero emissions. Oxfam found that many of these plans, taken together, could amount to an overuse of land.

Danny Sriskandarajah, chief executive of Oxfam GB, called for companies and governments to cut their emissions drastically rather than relying on offsets. He said: “Too many companies and governments are hiding behind the smokescreen of ‘net zero’ to continue dirty business-as-usual activities. A prime example of the doublethink we are seeing is the oil and gas sector trying to justify its ongoing extraction of fossil fuels by promising unrealistic carbon removal schemes that require ludicrous amounts of land.”

He added: “Net-zero targets are vital to tackling climate change. Some governments and companies are taking bold action to cut emissions, but there are currently too few to give us a realistic chance of averting climate catastrophe and the widespread hunger and devastation that come with it.”

A spokesperson for BP said: “BP does not intend to rely on offsets to meet either our 2025 emissions reduction targets or 2030 aims. However, they may help us to go beyond those aims if we can. We do support the use of carbon offsets or credits by companies, countries and society to achieve faster and lower-cost pathways to net zero and help meet the Paris goals.”

Shell said it did not recognize Oxfam’s estimates. “Meeting a net-zero target requires fundamentally changing the forms of energy Shell supplies and then using offsets at the margin to compensate for any remaining emissions, i.e., we are changing the products that we sell,” said a spokesperson.

“As Shell shifts its portfolio to more and more renewable and low-carbon sources of energy, it could well be that the emissions associated with energy sold by Shell in 2050 is less than the quantity of carbon credits we expect to be able to supply our customers in 2030.”

Without slogging through this

Without slogging through this whole article, it seems the whole focus is, yet again, on ONE perceived solution, without seeing the WHOLE PICTURE!!!

I think it's worth having a

I think it's worth having a look at the article. The point made is that there are a lot of outfits, e.g. oil companies but also entire countries such as Switzerland, making grandiose carbon-neutrality pronouncements involving tree-planting which would, between them, add up to staggering amounts of land.

I happen to be reading "The

I happen to be reading "The Citizen's Guide to Climate Success" by Mark Jaccard. It contains and interesting view of offsets. Here is part of a paragraph that draws an interesting parallel:
".... In the Middle Ages the church sold indulgences to wealthy worshippers to expiate their sins. It rationalized this lucrative practice by claiming that its devout clergy, on a sure path to heaven, had done so many good deeds and acts of repentance that they had a surplus to sell to those less confident of their immortal prospects. The sins of the latter would be offset by purchasing the surplus good deeds from the clergy. Skeptics were ignored. The prospect of paying money to neutralize one's sins, without having to change one's lifestyle, was enticing.