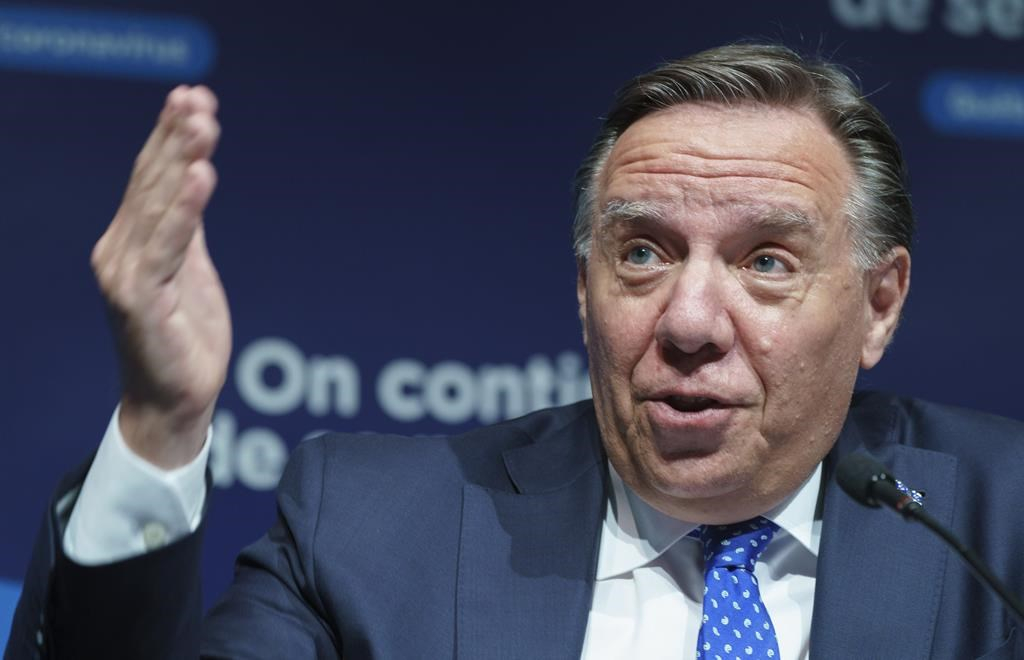 Quebec Premier Francois Legault responds to a question during a news conference in Montreal on Tuesday, June 22, 2021. Photo by The Canadian Press/Paul Chiasson
Previous story
Next story

MONTREAL — Warning the province appears to be entering a fourth wave of the novel coronavirus, Premier François Legault announced Thursday his government is imposing a vaccine passport system to curb the spread of COVID-19.

Health Minister Christian Dubé will outline over the coming days how the passport system will work and when it will begin, Legault told reporters in Montreal.

When it first launched the idea for vaccine passports in early July, the government had said it planned to introduce the system in September. The plan was to require Quebecers to show proof of vaccination to access non-essential services in parts of the province where COVID-19 transmission is high.

But Legault said Thursday the province appears to be entering a fourth wave, adding that health officials are warning that infections will likely continue to rise in the coming weeks.

"It's still less than what we're seeing in the United States or other European countries, but we can already talk about the beginning of a fourth wave," Legault said. "We must be prudent and take decisions."

Quebec reported 305 new COVID-19 cases on Thursday, including 72 in Montreal that are under investigation and could be corrected.

Health officials haven't reported a death attributed to the virus since July 22. They said hospitalizations rose by two, to 60, and 16 people were in intensive care, a drop of one. About 84.3 per cent of Quebecers aged 12 and older have received a first dose of COVID-19 vaccine and 69.7 per cent are considered adequately vaccinated.

Dubé said Thursday in a tweet that 62 per cent of new COVID-19 cases involve people who are unvaccinated or less than two weeks removed from a first dose. He warned the fourth wave will hit those without adequate protection the hardest.

Legault said the province doesn't plan to return to lockdowns that marked the first three waves of the coronavirus.

"We'll put in place the passport (so that) people who made an effort to be vaccinated, that they are able to come back to a normal life," Legault said. "It means some non-essential services will be available only to vaccinated people."

The move to introduce the passport has the full support of Prime Minister Justin Trudeau, who joined Legault on Thursday for an unrelated announcement on child care.

This report by The Canadian Press was first published Aug. 5, 2021.