National Defence is a major drain on Ottawa’s climate ambitions 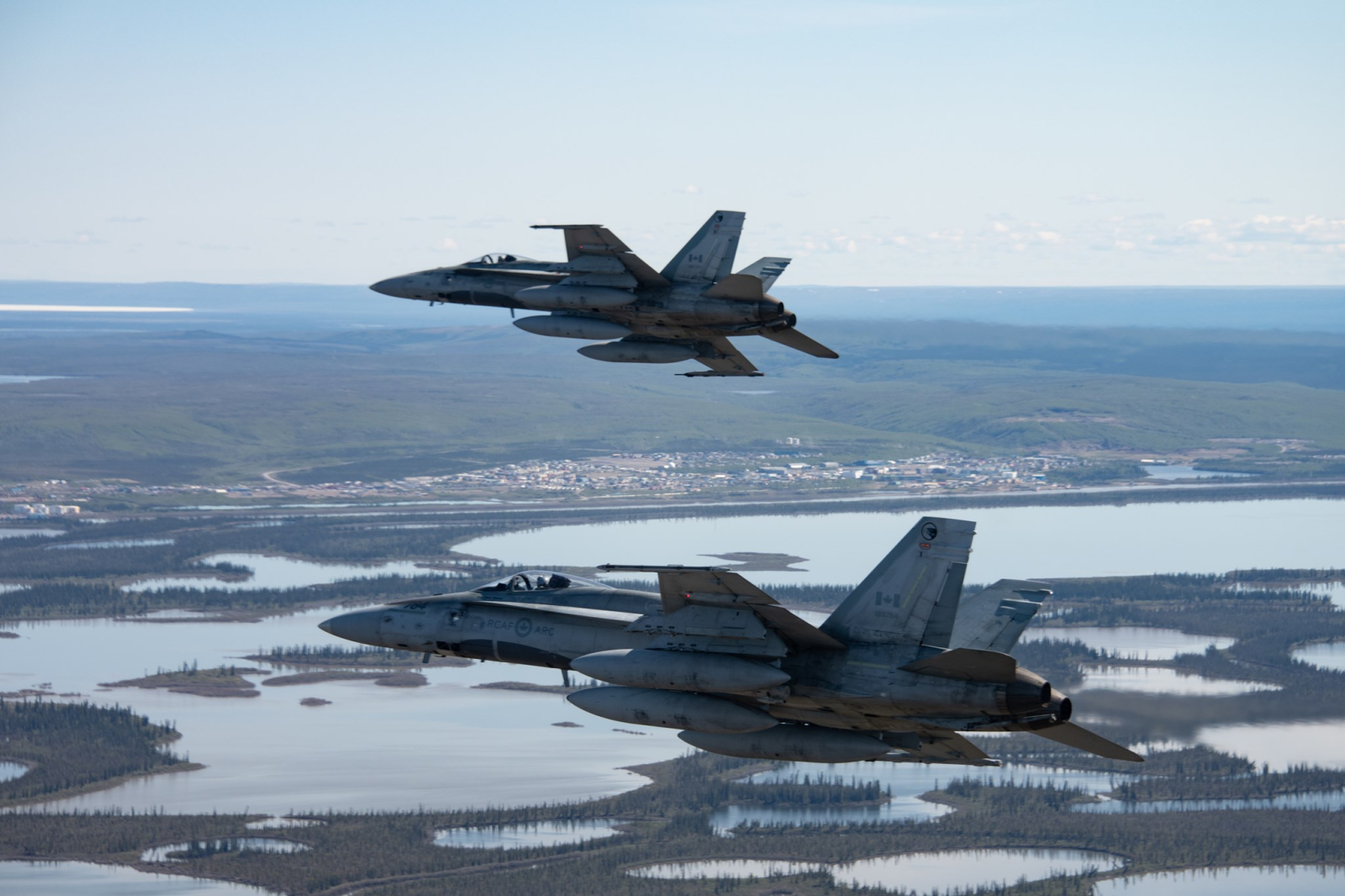 The federal government might not be directly responsible for many of Canada’s greenhouse gas emissions, but if it’s serious about wanting to be a climate leader, it needs to clean up its own act, says a new report from the Canadian Centre for Policy Alternatives (CCPA).

The report released Thursday examines Ottawa’s “Greening Government Strategy,” which aims to bring the government's greenhouse gas (GHG) emissions to net-zero by 2050, and found there are major gaps that threaten meaningful progress.

“About 45 per cent of the emissions that the federal government reports are part of national security operations, and they're not covered by the full breadth of commitments in the greening government strategy,” said CCPA senior researcher Hadrian Mertins-Kirkwood, adding there are two important caveats.

The first is that Crown corporation emissions are not counted, meaning Canada Post, Via Rail, and the Trans Mountain Corporation are all left out of the strategy, he said. The second is that most of Canada’s peer countries don’t report emissions related to national security, so the federal government deserves some credit for even acknowledging emissions should be reduced, he said.

“It's a tricky thing to talk about because on the one hand, we're actually quite far ahead as a country on this file, and in other respects, it’s still a big oversight,” he said.

“Even though the federal government amounts to less than one per cent of total Canadian emissions, it's still the largest public landowner, it has essentially the largest vehicle fleet in the country, and so it's the federal government that has more resources than any other single institution or organization,” Mertins-Kirkwood said. “If it can't manage to aggressively decarbonize its operations, no one else can. They have to show it can be done.”

The report also found that even though emissions across the federal government are down 20 per cent from 2005 levels overall, since 2015, emissions have crept up by 11 per cent. That is a concerning trend because Ottawa is aiming to curb its emissions 40 per cent below 2005 levels by 2025 on its path to net-zero.

National Defence, the RCMP, and Coast Guard will all be held to 2025 targets for their buildings and administrative fleets, but operational fleets, like jets, ships, and police vehicles, only have to be in line with the 2050 target. National Defence does have targets and plans to reduce emissions at bases — like a proposal to install a 5MW solar farm at its Gagetown base in New Brunswick — but the CCPA report says without interim targets to curb emissions, there is a real risk they will continue to grow.

“About 45 per cent of the emissions that the federal government reports are part of national security operations, and they're not covered by the full breadth of commitments in the greening government strategy,” says @hadrianmk from @CCPA. #cdnpoli

Canadian Foreign Policy Institute fellow Tamara Lorincz says there’s no greenwashing war, and so rather than cutting emissions to make it more efficient, Canada should consider cutting the operations themselves.

“Having a LEED gold-standard building in Halifax does not offset the tonnes of emissions from the tanks that are being used now in Latvia, the fighter jets that are being flown in Romania, the warships that right now … are in a huge U.S.-led Pacific wargames,” she said.

With no alternative fuels currently in existence to fuel fighter jets, Lorincz points to the federal government’s plan to buy 88 new jets for $19 billion as a plan that would lock in decades of “carbon-intensive militarism” at the expense of other issues that need addressing, like climate change.

Lorincz says the solution is to withdraw from NATO, because the international alliance obligates Canada to spend significantly to maintain interoperability.

“When you think about it, (NATO) is a U.S.-led nuclear-armed military alliance that really should have disbanded at the end of the Cold War, and the reason why we need to buy these new weapon systems is because of these obligations with NATO.

“Combined military spending is now up to $31 billion … and at our current level of military spending, Canada is ranked 14th-highest in the world, and we are sixth-highest among NATO members on a cash basis,” she said. But “what are the real pressing security challenges of Canadians?

“It's the pandemic, it's poverty, it's housing insecurity, and it's forest fires, droughts, and water insecurity. Those are the real challenges.”

The Department of National Defence did not immediately return a request for comment.

Ottawa seeks ideas on how prepare for next major disaster

I clicked on the link for the

I clicked on the link for the piece on Jagmeet Singh's momentum and this is where it went.

Same here. I clicked on the

Same here. I clicked on the link for the piece on Jagmeet's momentum and ended up looking at this story again.

We should have withdrawn from

We should have withdrawn from NATO years ago. It has become an enforcer of american dominance. We should have nothing to do with the american imperial project.

Don't forget China that is on

Don't forget China that is on the march as was Germany in the 1930s. Just the nature of our species tribal make up. Why we have locks on our doors, domestic police forces, National defense forces, Inter-national alliances. We have yet to agree on a Global police force to keep the peace, probably necessary before we will be able to properly address "global warming" (our willful destruction of the Biosphere) . This idea is not even being discussed publicly, that I can see.