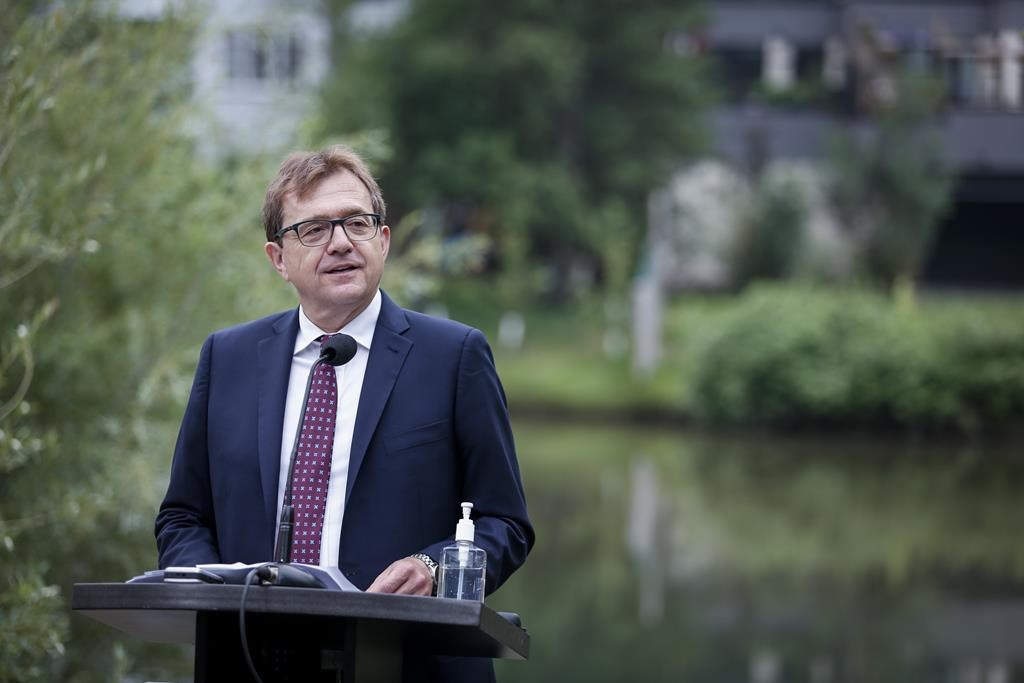 Environment and Climate Change Minister Jonathan Wilkinson made the announcement in a release Friday.

He said while mining is important to the economy, coal can include significant adverse environmental effects.

Wilkinson said the decision was based on information including the findings of a joint review panel report.

He said the project would have likely caused harm to surface water quality, to species including the threatened westslope cutthroat trout and endangered whitebark pine trees, and to the physical and cultural heritage of the Kainai, Piikani and Siksika First Nations.

Benga Mining Limited has said the proposed metallurgical coal mine in the Crowsnest Pass area would create hundreds of jobs and produce up to 4.5 million tonnes of coal per year over a mine life of approximately 23 years.

"The Government of Canada must make decisions based on the best available scientific evidence while balancing economic and environmental considerations," Wilkinson said in the release.

"It is in Canada's best interests to safeguard our waterways for healthy fish populations like the Westslope Cutthroat Trout, respect Indigenous peoples' culture and way of life, and protect the environment for future generations."

Katie Morrison, a spokeswoman for the Canadian Parks and Wilderness Society, applauded the federal government's decision.

"This is another win for clean water, fish and wildlife and for the many Albertans who have been worried about the negative effects of new coal mines on their communities," she said in an email.

"It’s great news that the Grassy Mountain coal project has now been officially denied at both the federal and provincial level."

When asked for comment on the federal decision, the Alberta government said a statement made in June by Energy Minister Sonya Savage and Environment and Parks Minister Jason Nixon, when the joint review panel denied an application for the mine, still stands.

In that June statement, the ministers said, "the Alberta government respects the joint review panel's recommendation, which is the result of a rigorous review process carried out by the Alberta Energy Regulator and the Impact Assessment Agency of Canada."

The ministers acknowledged that the panel determined the project would result in adverse environmental effects on surface water quality – particularly on westslope cutthroat trout and their habitat.

"All proposed coal projects are subject to stringent review to ensure development is safe, environmentally responsible and meets all requirements. In this case, the process worked as it should."

Officials at Benga Mining Limited could not immediately be reached for comment.

Last month, Benga filed a request to appeal the decision by the review panel that rejected the project as being not in the public interest.

In the court filing, Benga said the June 17 decision by the panel, including the Alberta Energy Regulator, contains errors of law and procedural fairness that warrant the granting of permission to appeal.

The Stoney Nakoda Nation said the panel did not properly assess the impact that rejecting the project would have on Stoney Nakoda Aboriginal and treaty rights and economic interests related to the accommodation of those rights.

This report by The Canadian Press was first published Aug. 6, 2021.

This is a show of true to

This is a show of true to your promise, of Climate Change policy.