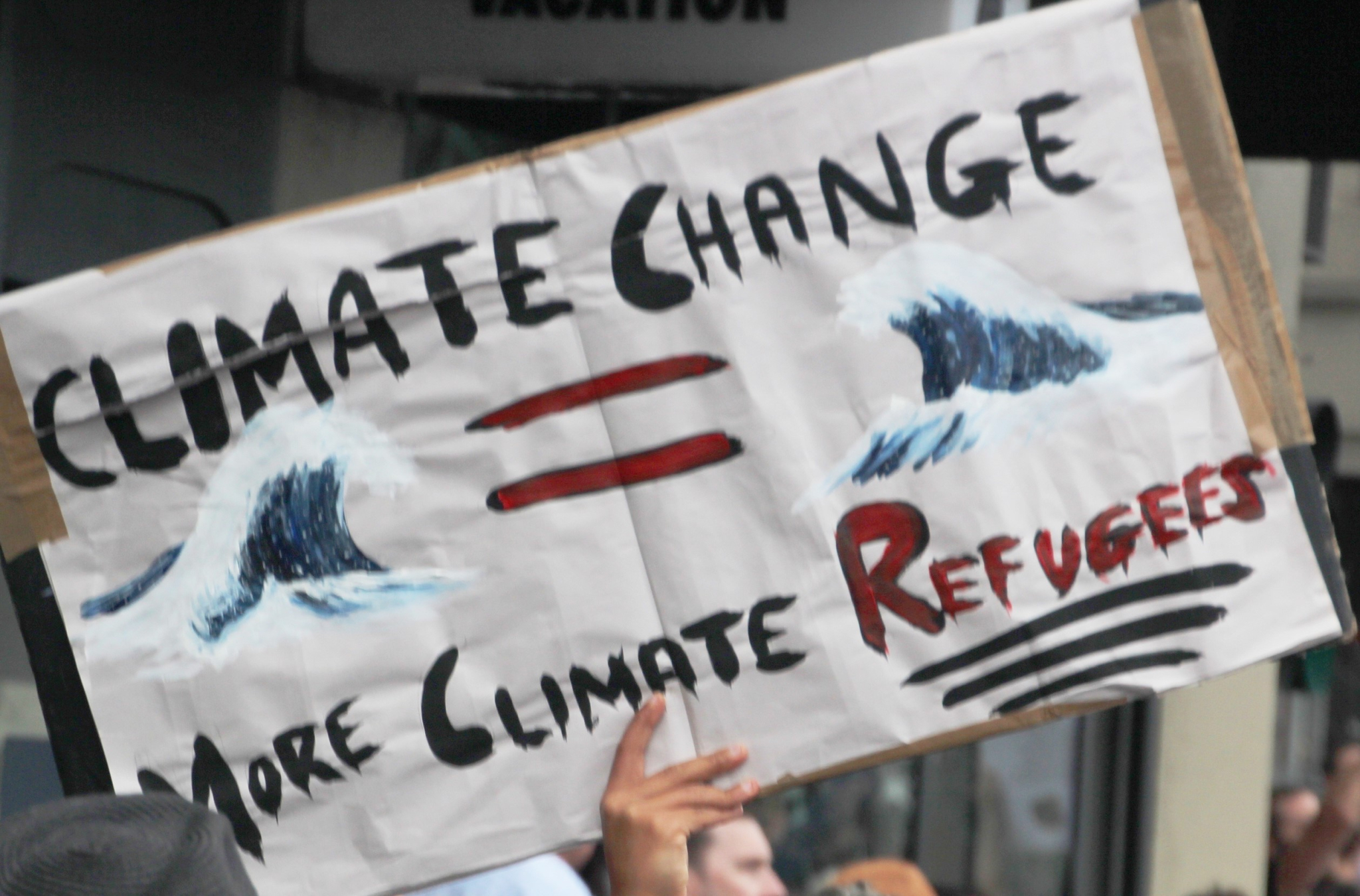 “Nowhere to run, nowhere to hide” — a haunting description of the world to come from one author of this week’s UN climate report. The report sounds a “code red” alarm, cautioning we are spiralling toward a dangerous 1.5 C of planetary heating in the coming decade.

Warnings like this, along with cascading climate disasters around the world, prompt the media to ruminate on the looming “climate refugee crisis.” Ominous headlines like “climate refugees are coming” seem designed to frighten us, even as those like “think about accepting climate change refugees” appeal to our compassion.

The headlines are not wrong. Canada, a country which has profited enormously from burning fossil fuels, has a “moral obligation” to people forced to flee rising seas, drought and other plagues of a world on fire. But climate refugee stories tend to leave out another moral obligation: The one to protect people’s homes while we still can.

Stories with Welcome to Canada! narratives can crowd out those who ask, What do you need? Resettlement is posited as the inevitable solution, while media rarely platform the impacted communities fighting to protect their homes in the here and now.

But is asylum what those on the front lines really want from us?

I asked Pato Kelesitse, a youth climate leader in Botswana and host of Sustain 267, a podcast spotlighting Africans working for climate solutions. “Africans aren't leaving Africa because they want to” was her take. “We just want our home to be habitable for us. That’s it.”

I heard similar things from other activists. And while there’s no single story of migration, the Global North isn’t necessarily everyone’s destination of choice. Experts warn much climate displacement will take place within borders or climate-impacted regions, not across them. Canada’s support may be needed further from home in addition to right at our gate.

Saviour narratives focusing on the goodwill of Canadians rolling out the refugee welcome wagon can be myopic, ignoring what else we owe to those who have contributed the least to the climate crisis, but stand to suffer the worst impacts. Kelesitse, pulls no punches: “Stop making our homes uninhabitable and then acting like you’re giving us charity.”

Canada needs to be accountable for its contributions to the climate crisis. The good news is there’s still a sliver of time left for our government to muster the decency and discipline to do it. It will mean scrapping fossil fuel investments, reversing our currently rising emissions and actually meeting a more ambitious climate target in line with a 1.5 C future (or as close as we can get). It also means working with vulnerable countries to mitigate and prepare for impacts that the UN report says are already locked in, such as some amount of rising seas levels.

Doing so should not be viewed as an act of charity, but one of solidarity and respect. It was Pacific Islands states under threat of being swallowed by rising seas after all that fought for the 2015 Paris Agreement to include limiting warming to the 1.5 C they needed to survive.

Canada, a country which has profited enormously from burning fossil fuels, has a “moral obligation” to people forced to flee rising seas, drought and other plagues of a world on fire, writes columnist @jessafia for @NatObserver. #ClimateRefugees

“We recognize climate-forced migration as a last resort,” says Joseph Sikulu, Pacific managing director of 350.org, a global organization campaigning for equitable climate action. While those forced to migrate must be guaranteed care, safety and dignity, he believes it's equally important to mitigate and transition to renewable energy in order to minimize future impacts.

Sikulu and the other activists want Canada to keep its Paris promises and get off fossil fuels. This week’s UN report should be a wake-up call to do so.

“Canada needs to keep its companies in check,” underscores Namibian climate activist Ina-Maria Shikongo, who is fighting plans by Vancouver-based mining company ReconAfrica to explore for yet more oil and gas in Namibia and Botswana’s ecologically sensitive Kavango Basin. “You cannot talk about being a climate leader and yet your companies are releasing more CO2 somewhere else on the planet,” she says. “Why should we lose our lives, our homes, just to sustain somebody else’s pocket?”

This kind of resource exploitation in a region already so vulnerable to climate change adds insult to injury. With so much on the line, it’s little wonder that Shikongo and Kelesitse want Prime Minister Justin Trudeau to stop ReconAfrica. It’s also fair that Sikulu in the Pacific is calling on us to reroute fossil fuel funding to impacted communities striving to build the resilience of their communities rather than relocate them.

Demands like this should be top of mind for Canadian officials, who have been tapped to help “build trust” on the issue of climate financing to poorer countries at COP26. Officials should also heed a new five-point plan for solidarity by developing countries that details how countries that profited from fossil fuels can further step up their game at the upcoming global climate summit in Glasgow.

The conditions that render communities vulnerable to climate change and force migration don’t just happen, they’re created. Canada helped create them, so we need to offer more than a #RefugeesWelcome moment for the climate emergency. With the UN reminding us that our world is at a tipping point, what we do next is everything.