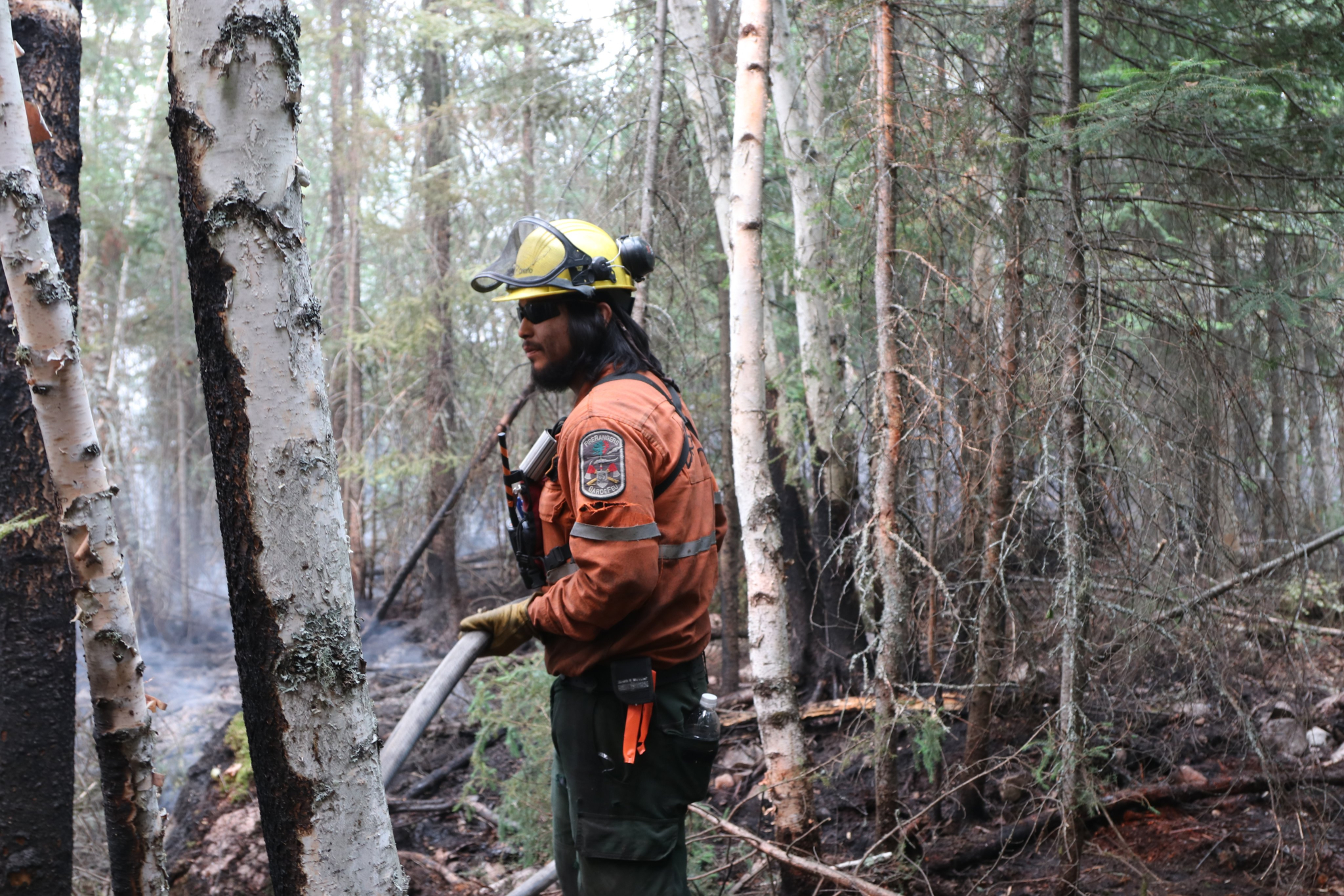 The forest fires raging across northern Ontario and much of the rest of the world are another stark and frightening reminder of the climate emergency that fossil fuels create.

Climate change is rapid, widespread and intensifying. It is fuelling today’s wildfires, tornadoes, heat domes and floods, and the much worse ones expected in the future.

What is Doug Ford’s government doing about it? Actively worsening climate pollution, as it has since he took office.

How has the Ford government worsened climate pollution?

By repealing our climate law.

By cancelling clean power contracts, and paying for dirty electricity instead.

By turbo-charging urban sprawl, the largest single cause of Ontario’s climate pollution.

By weakening good planning. By building destructive highways, like the 413 and the Bradford Bypass, in order to build even more sprawl.

By turning his back on our cleantech industry.

Ontarians are already facing damaged health, homes, farms, forests and rivers, as well as rising insurance premiums. How much worse does it have to get before this premier follows the science? asks @DianneSaxe. #ClimateCrisis #ONpoli

By cancelling incentives for zero-emission vehicles and for home retrofits.

By tearing out EV charging stations.

By ignoring Indigenous knowledge on how to use small, controlled fires to keep forests healthy and prevent mega-fires.

By stripping endangered species and their habitat of protection.

By wasting tens of millions of dollars of public money fighting carbon pricing.

And by wasting precious, irreplaceable years instead of building a green, fair economy for a heating planet. Even the International Energy Agency has told us what to do about climate change, and it’s almost exactly the opposite of what the Ford government is doing.

It’s hypocritical for the premier to claim sympathy for those devastated by today’s fires, tornadoes, heat and floods while he drives up Ontario’s climate pollution through his short-sighted policies. Climate pollution today means climate chaos tomorrow, and that’s the dangerous path Doug Ford is leading Ontario down.

Every year of delay makes our economy and food systems more brittle. Every dollar of delay will cost us $6 to $12 of extra damage, which will hurt the vulnerable the most. Ontarians are already facing damaged health, homes, farms, forests and rivers, as well as rising insurance premiums. How much worse does it have to get before this premier follows the science?

Instead, the Ford government both makes climate pollution worse AND turns a blind eye to climate damage. Municipalities, for example, need billions of dollars a year just to prepare for and cope with the climate damage that is already happening, and are getting almost nothing from the province.

Right now, the premier owes it to the people of northern Ontario to take their emergency seriously, especially the First Nations who are most affected.

A premier who cares about them would declare a state of emergency recognizing the impacts of the wildfires, their damage to human health and the role of climate change in fuelling them.

A premier who cares about them would ensure that those who must flee the fires get a say in what happens to them, plus funding to build back better.

And a premier who follows the science would, at last, commit Ontario to cutting our climate pollution in half this decade.

Things will keep getting worse — not better — unless we seize this opportunity to build a green, resilient and just recovery and get off fossil fuels.

So let’s get to work on bold, urgent climate action. We don’t have any more time to waste.

Dianne Saxe is an environmental lawyer and former environmental commissioner of Ontario. She is currently deputy leader of the Ontario Green Party.